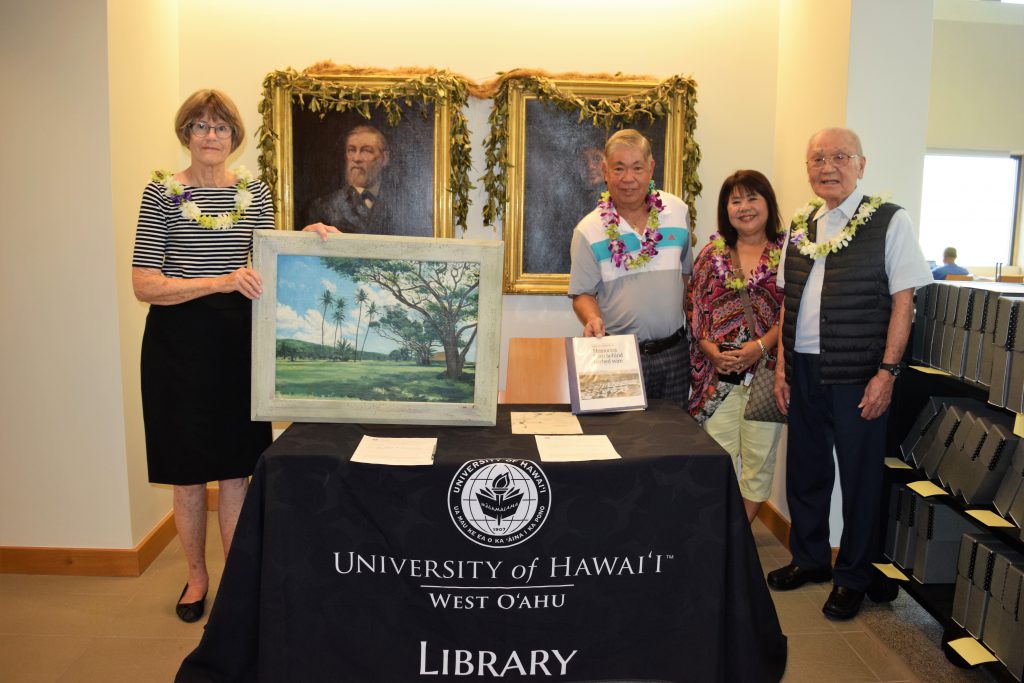 Letters written by Okinawan prisoners of war and a wartime painting by an Italian POW held captive in Hawaiʻi have been donated to an archive at the James & Abigail Campbell Library.

The contributions were formally signed over on Nov. 22 during a ceremony at the library attended by the donors, current and former faculty, and staff.  The letters–sepia-toned and mottled with age–will be translated and placed online for researchers to study, while the library is deciding on the best place to display the painting, which appears to beautifully capture the carpet of grass, trees and sky at Kapiolani Park during the war.

“I’m just so happy that it’s not going to be a painting lost to history,” said Dr. Letitia Hickson, who donated the painting that hung in her home for more than a decade.  Hickson said she and her late husband, Dr. Andrew Arno, received the work from her brother-in-law, who discovered the painting on the Mainland. 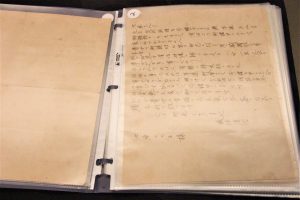 One of the letters donated to the library

The letter donors also are thankful to have a permanent home for the letters, which took a round trip between Hawaiʻi and Okinawa before reaching one of their intended recipients. The letters have yet to be formally translated, but are said to be thank-you notes from grateful POWs to an Oʻahu family that befriended the prisoners captured during the Battle of Okinawa.

According to Ronald Ikehara, whose father received the letters several years ago,  the POWs were brought to a camp near his grandparents farm in near the base of the Koʻolau Mountains in Maunawili  The family interacted with the prisoners, conversing in Japanese, offering food and cigarettes, or helping take notes to POW relatives who lived on Oʻahu.

The 15 POW letters (and a poem) express thanks to Ikehara’s grandparents for their kindness and were written on a variety of paper stock suggesting the authors used whatever they could scrounge–pieces of paper ranging from envelopes to a piece of stationery carrying the letterhead of the Office of the Commanding General at the U.S. Central Pacific Command. 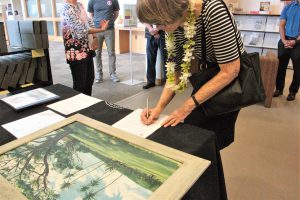 It’s unknown why the messages were never delivered to Ikehara’s grandparents. However, the missives apparently were kept by one of the POWs who took them home to Okinawa after the war.  Decades later the POW asked his grandson who was headed to Hawaiʻi to finally deliver the notes, which made their way to Ikehara’s father. Ikehara said he sensed the letters were historically significant and kept them stored safely. Ultimately the letters were brought to the attention of Masao Kinjo, a member of the United Okinawan Association who, ironically, had fought in the Battle of Okinawa. He also felt the letters were historically important.

“This should go to a library where someone could use it, study it,” Kinjo said. “It shows the feeling of the POWs at the time.”

After an initial attempt to return the letters to Okinawa was unsuccessful, Kinjo was able to contact Dr. Joyce Chinen, a former UH West Oʻahu Professor of Sociology, about taking the letters.  Chinen previously had helped research and obtain some of the materials that are now part of the Honouliuli archive at the library.

Chinen echoed Kinjo’s views at the ceremony.  She noted the letters are proof of interaction between the POWs held on Oʻahu and the local community, something that also happened at Honouliuli.  “It’s a really important addition to our collection.”

Hickson, who previously worked as outreach coordinator for the Center for Pacific Islands Study at the University of Hawaiʻi at Mānoa, said the painting had hung in her home for more than a decade and knew it was of historical interest. She reached out to a friend at UH West Oʻahu, Dr. Suzanne Falgout, about making the donation.

Hickson said the painting demonstrates that some POWs were able to get away from their camps at times. “I’m so glad it will have a place at West Oʻahu,” Hickson said. 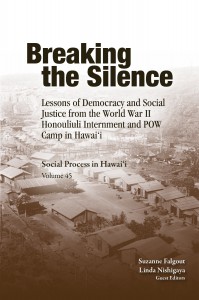 The painting by Romolo Tonelli came with a copy of a receipt that shows the picture and another painting commanded $30 when sold 0n October 22, 1945 to Commanding General Roy Blount in Honolulu. It is unknown whether Tonelli was held at the Honouliuli Internment Camp or another camp on Sand Island during the war.

UH West Oʻahu faculty have researched and written about the Honouliuli Internment Camp, with some of the research materials forming the bulk of the library’s archive, known as the Honouliuli Project Files.  In 2015, nine UH West Oʻahu faculty along with community partners and the National Park service, provided research for Breaking the Silence: Lessons of Democracy and Social Justice from the Word War II Honouliuli Internment and POW Camp in Hawaiʻi, a book published by the University of Hawaiʻi Press. That effort included article written by Chinen and UH West Oʻahu Prof. Susan Matoba Adler, who also attended the Thursday ceremony.

UH West Oʻahu was also mentioned in a proclamation signed by then President Barrack Obama in 2015 establishing the Honouliuli National Monument, and is cited by the National Park Service as a key project partner in providing expertise in planning for the design of the monument. Archaeology students from UH West Oʻahu have also worked on excavation at the former POW camp.