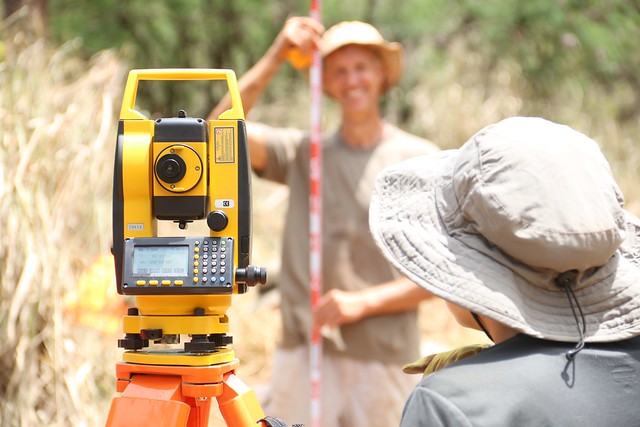 UH West Oʻahu Assistant Professor of Archaeology Bill Belcher and students taking the archaeology field techniques course are hard at work this summer excavating at the World War II Honouliuli Internment and POW Camp in Kunia. The course is offered every other summer and provides students with the opportunity to get hands-on training excavating at the historic site that was recently designated as a National Monument by the U.S. National Park Service. Three hundred fifty local residents and nearly 3,500 captured enemy nationals were imprisoned at Honouliuli during the time of martial law in the islands following the bombing of Pearl Harbor in World War II. 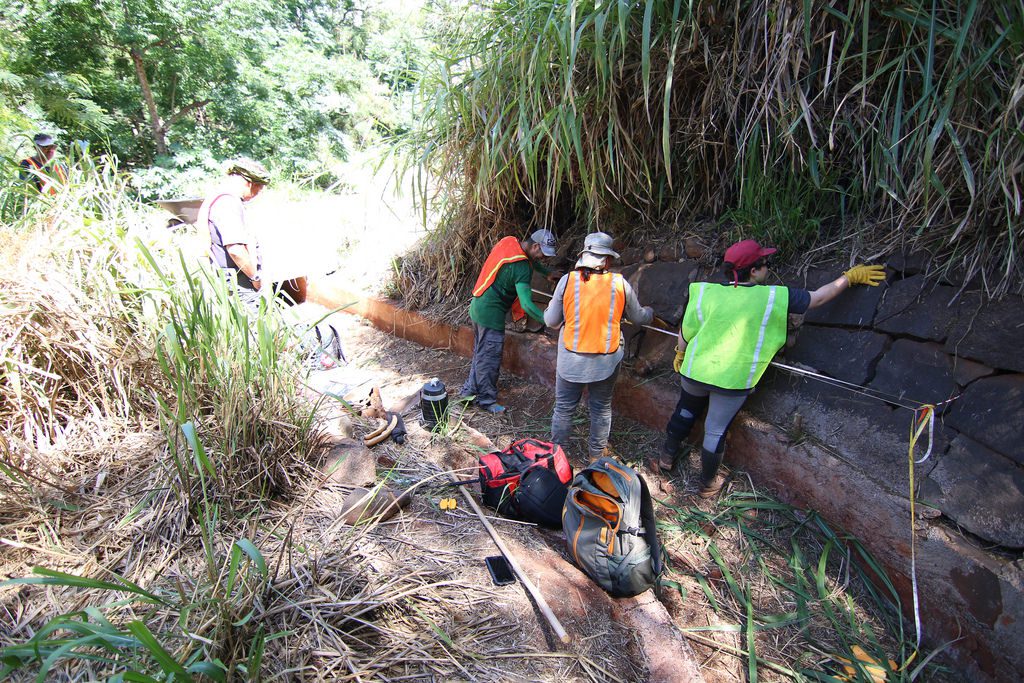 UH West Oʻahu archaeology students measuring and mapping a wall at the Honouliuli Internment and POW Camp in Kunia.

During the summer field course, UH West Oʻahu archaeology students are trained in the use of GPS, instrument mapping, metal detecting, and excavation.

“One of the things that we’re doing during this iteration of the archaeology field techniques course is to document some of the pre- and post-war constructions at the site,” said Dr. Bill Belcher. “This wall is well known but it’s never been fully documented. So we’re starting to make a detailed, scaled drawing of the wall.”