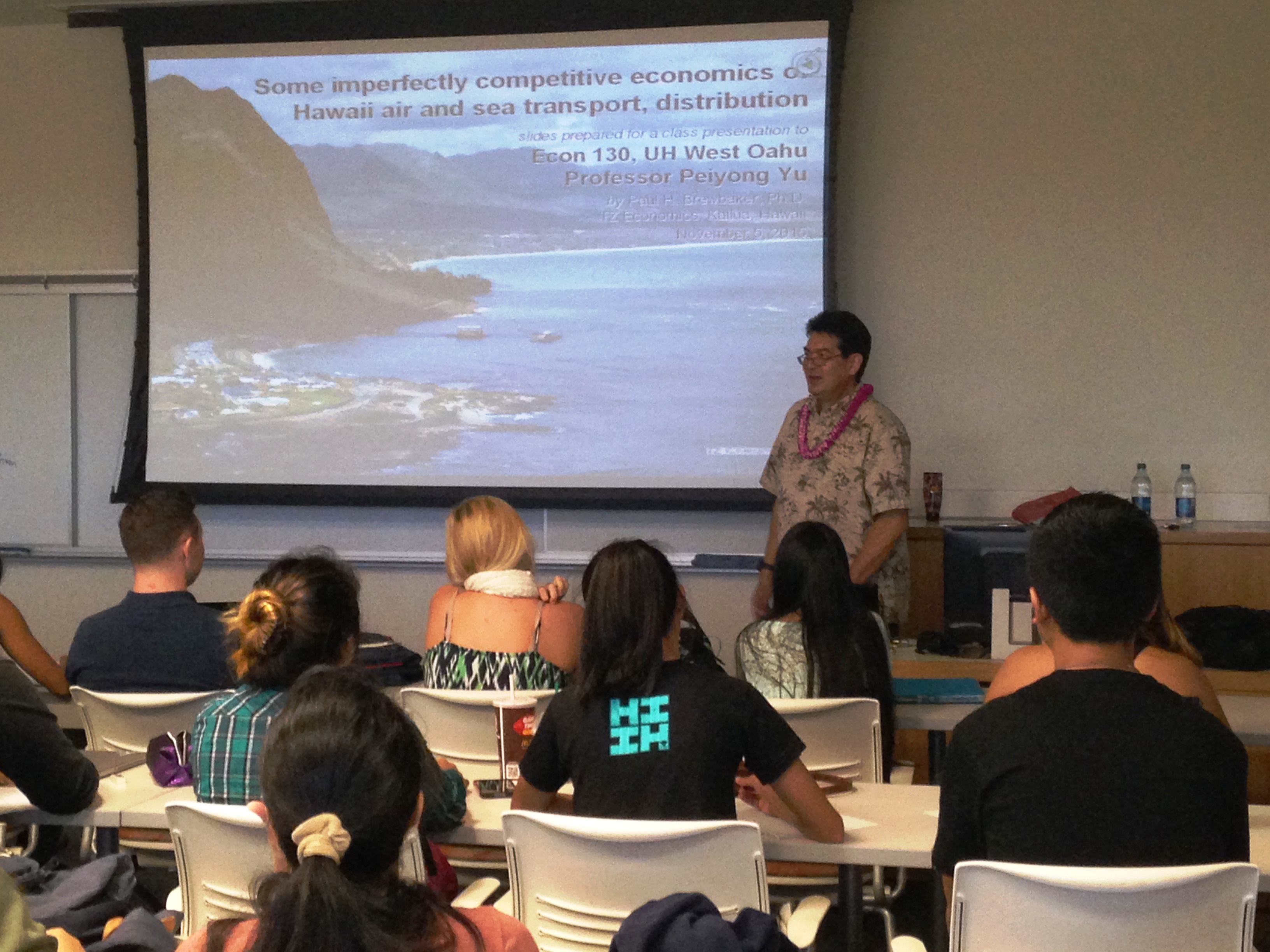 Dr. Brewbaker, of TZ Economics, has more than 25 years of experience in Hawaiʻi. He previously served as Senior Vice President and Chief Economist at the Bank of Hawaii. He is also a Director of the Hawaiʻi Economic Association. He will visit UH West Oʻahu on Oct. 18 to talk about Hawaiʻi unemployment and inflation. His presentation is in room D146 from 11 a.m. to 12:20 p.m.

Dr. Tian, the state of Hawaiʻi’s chief economist, administers the Research and Economic Analysis Division of the state’s Department of Business, Economic Development & Tourism. He will speak about the business cycle at UH West Oʻahu on Oct. 27 in room D146 from 11 a.m. to 12:20 p.m.