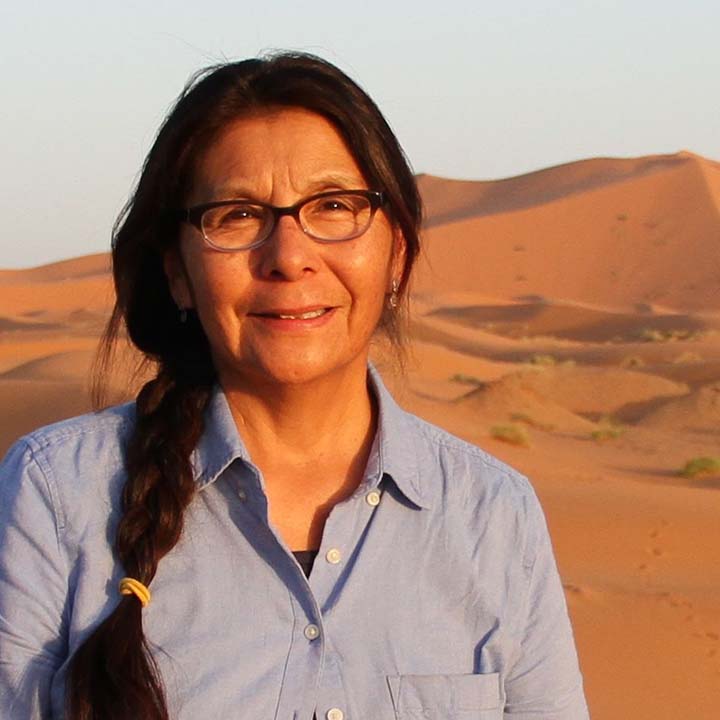 UH West Oʻahu Distinguished Visiting Scholar, Dr. Beverly Singer, will discuss her work advocating for indigenous perspectives and stories to be told in film and in academia, screen a film, and answer questions on Tuesday, September 13, from 9:30 a.m. to 11 a.m. in the Multipurpose Room (C208) at UHWO. All UH West Oʻahu students, faculty, staff and the community are encouraged to attend. Light refreshments will be served following the presentation.

The UH West Oʻahu Distinguished Visiting Scholars Program brings seasoned scholars and practitioners in the humanities, social sciences, and indigenous arts, traditions, and cultures to UH West Oʻahu for the benefit of students, faculty, staff, and the community.

Dr. Singer, a filmmaker and educator of Tewa and Dine ancestry from the Santa Clara Pueblo, will discuss how her pedagogy, research, and films address decolonizing education and the depiction of indigenous peoples in narrative as well as images, including those in film, museum, and the tourist industry. Selected film will highlight examples of indigenous self-portrayal and topics of importance such as community health, traditional beliefs, and land issues.

Dr. Singer is an Associate Professor Emeritus of Anthropology and Native American Studies at the University of New Mexico, serves as the Director of the Alfonso Ortiz Center for Intercultural Research at UNM. She was recently the Director of the Institute for American Indian Research (IFAIR). In support of IFAIR, she produced, directed, and edited a large film production. It was a collaborative project between 41 Native American artists who traveled to 6 countries in South Africa. Another major accomplishment includes her work as one of the producers on a four-year project for a film commissioned by the Smithsonian Institution’s National Museum of the American Indian. She is also well known for one of her popular authored pieces used by students in media and film titled Wiping the War Paint of the Lens: Native American Film and Video.