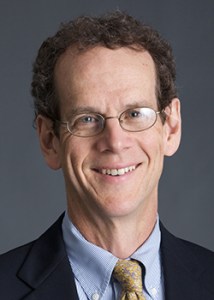 Cole’s address is scheduled from 12:30 to 1:50 p.m. in the library’s second-floor exhibit area. His visit is being hosted by the UH West O‘ahu Distinguished Visiting Scholars’ Fund. Cole’s talk comes as some charge that Constitutional liberties have been under assault on many fronts, from immigrants’ rights to voting rights to LGBT equality. His talk will draw on experience from the last two years, as well as previous periods, to address the critical elements necessary to preserve liberty in democracy.

As ACLU National Legal Director Cole directs a program that includes approximately 1,400 state and federal lawsuits on a broad range of civil liberties issues and has litigated many constitutional cases in the Supreme Court. Cole is also called upon to comment on a variety of issues to national and regional media; whether criticizing President Trump, opposing Attorney General William Barr, or defending the National Rifle Association’s right to political speech.

Cole was appointed the American Civil Liberties Union’s national legal director, leading its Supreme Court practice and overseeing the work of the organization’s nearly 300 lawyers, in July 2016, Cole is on leave from Georgetown University, where he taught constitutional law, national security and criminal justice and was the Hon. George J. Mitchell Professor in Law and Public Policy.

Cole also served as Dan and Maggie Inouye Distinguished Chair in Democratic Ideals. earlier this month and will give a keynote lecture on Liberty’s Defense: Lessons from the Legal Resistance at 7 p.m. on Thursday, February 28, in the UH Mānoa Orvis Auditorium. The talk is free and open to the public. He is also scheduled to speak at UH Maui College.

Cole is also the author author or editor of 10 books. Less Safe, Less Free: Why America Is Losing the War on Terror, published in 2007, and co-authored with Jules Lobel, won the Palmer Civil Liberties Prize for best book on national security and civil liberties. Enemy Aliens: Double Standards and Constitutional Freedoms in the War on Terrorism, received the American Book Award in 2004. Cole’s first book, No Equal Justice: Race and Class in the American Criminal Justice System, is one of the first to examine the ways that the criminal justice system exploits and exacerbates racial disparities.