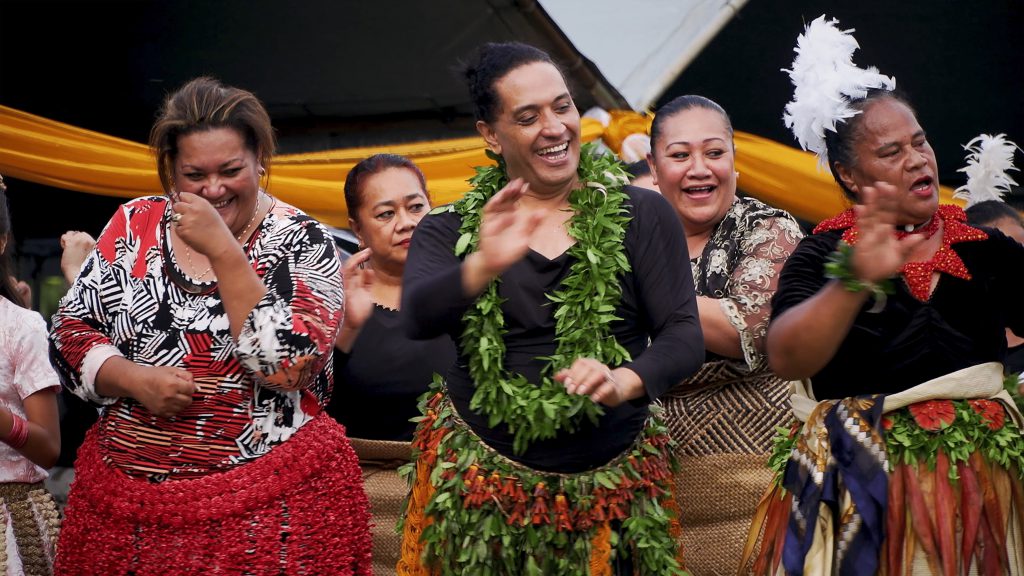 Joey Mataele (center) dancing in this outtake from Leitis in Waiting

Leitis in Waiting, a film about transgender women fighting rising religious fundamentalism and intolerance in Tonga, will be shown on the UH West Oʻahu campus next month, with the film’s producers and director on hand for a question-and-answer session following the screening.

The documentary is being presented by the UH West Oʻahu Compliance Hui and follows Joey “Joleen” Mataele, a devout Catholic of noble descent, as she navigates her life as a leiti, or transgender woman. Mataele co-founded the Tonga Leiti’s Association and developed the Miss Galaxy Pageant; she co-founded and currently chairs the Pacific Sexual and Gender Diversity Network. The film and related discussions are slated from 3:30 to 6:30 p.m. on Wednesday, Feb. 13, in Room C208. Students, faculty, lecturers, and staff are invited to watch this free screening.

The 72-minute film shows Mataele as she organizes a beauty pageant presided over by a princess and helps a young contestant rejected by her family. Along the way Mataele spars with evangelicals who are critical of the Tonga Leitis’ lives, and takes an emotional journey.

“Leitis in Waiting is a thought-provoking and compelling story that explores the decolonizing resistance of Tongan transwomen within a culture deeply affected by monarchy and organized religion,” wrote a jury that awarded the film the Best Documentary Award at the Twist Seattle Film Festival. The film has been shown at film festivals around the world, collecting an Audience Award at London’s Festival of Commonwealth Film, and the Special Jury Prize at the Festival International Du Film Documentaire Oceanien in Tahiti among its honors.

The screening of Leitis in Waiting is aimed at promoting inclusion and awareness of our LGBTQ+ community. This documentary film discusses issues in sexual orientation and gender identity in Tonga, particularly to the challenges posed by outside religious impositions. 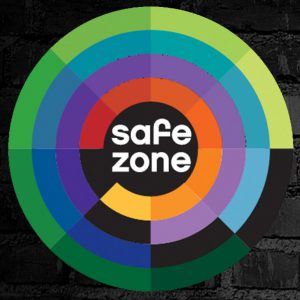 Safe Zone Training is being offered Feb. 11 and 15

The movie will be followed by a question and answer session with the film’s creators, Film Directors/Producers, Joe Wilson and Dean Hamer, and Story Creator/Producer Kumu Hinaleimoana Wong-Kalu. This will be followed by a panel that includes Dr. Gloria Niles, Dr. Yasmine Romero, and Dr. Carmen Nolte-Odhiambo, who will discuss interrogating the social injustices that plague LGBTQ+ lives, with a particular focus on challenging heteronormativity.

Additionally, Safe Zone Training has been scheduled to coincide with the film screening. Participants in a Safe Zone Training gain knowledge and understanding about the LGBTQ+ community, and learn about expected roles and responsibilities to their campus under UH System policies. Safe Zone Training further familiarizes participants with available LGBTQ+ campus and community resources as well as strategies to support and advocate for LGBTQ+ students, faculty, and staff in the UH system.

The Compliance Hui is an initiative to ensure UH West Oʻahu campus engages in necessary and appropriate awareness and programming as required by with state and federal laws State law requires that University of Hawaiʻi campuses provide employees and students with training on Title IX, the Violence Against Women Act, and related UH Policies. It also ensures the campus complies with federal laws and regulations requiring training or programming, including the Drug-Free Schools and Communities Act, the Family Educational Rights and Privacy Act, the Clery Act, and Title VII of the Civil Rights Act and the ADA/Section 504 of the Rehabilitation Act.