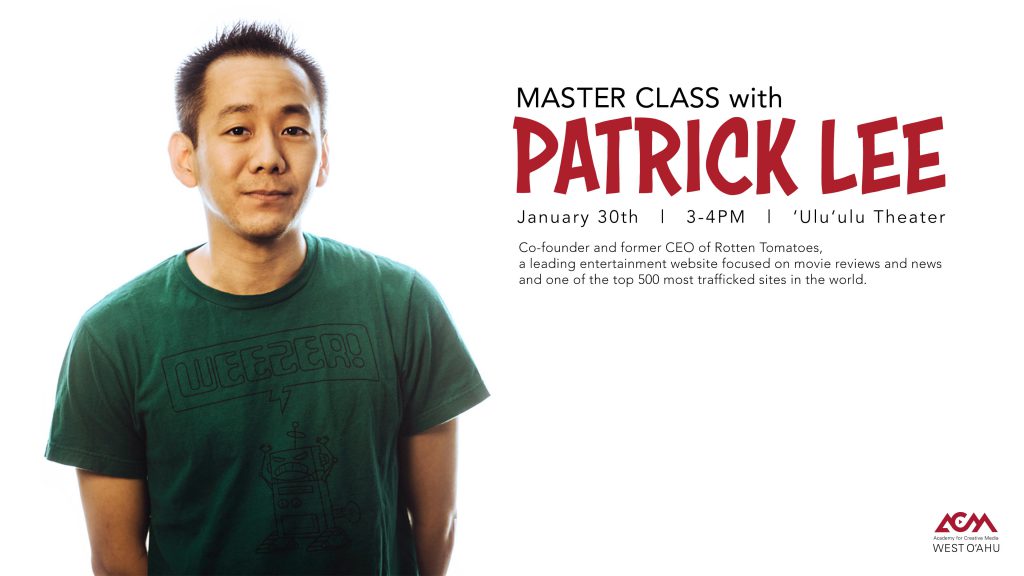 Lee will discuss his experience with Rotten Tomatoes and launching start-up companies and take questions from students during the 3 to 4 p.m. class in the ‘Uluʻulu Exhibit Space. The talk is open to students, faculty, staff and the general public.

ACM tries to bring in creative industry experts twice a semester to supplement regular curriculum in a way that a normal class set-up would not accommodate. In doing so, the Master Series attempts to increase student understanding of the art and business of content creation through exposure to experts who have experienced success.

According to various accounts, Rotten Tomatoes was created by one of the Lee’s partners in a design firm while the owners were undergraduate students at the University of California, Berkeley. Lee helped raise $1 million to expand the site, which today is one of the most popular movie ratings sites. The site takes its name from the fabled practice of audiences throwing rotten produce to demonstrate their displeasure with poor stage performances.

The owners sold the site in 2004 and Lee went on to co-found three other businesses (XMFish.com, alivenotdead.com, and Hobo Labs), as well as advise and mentor many start-ups. According to his LinkedIn profile He also served as executive producer of a Hong Kong film, 2006’s The Heavenly Kings (Rotten Tomatoes Audience Score 59%).

Lee graduated from Berkeley in 2004 with a degree in cognitive science. Lee and his partners sold Rotten Tomatoes for to IGN Entertainment; it has changed hands several times since then. Lee will also appear at the East Meets West 2019 start-up event while in Honolulu.