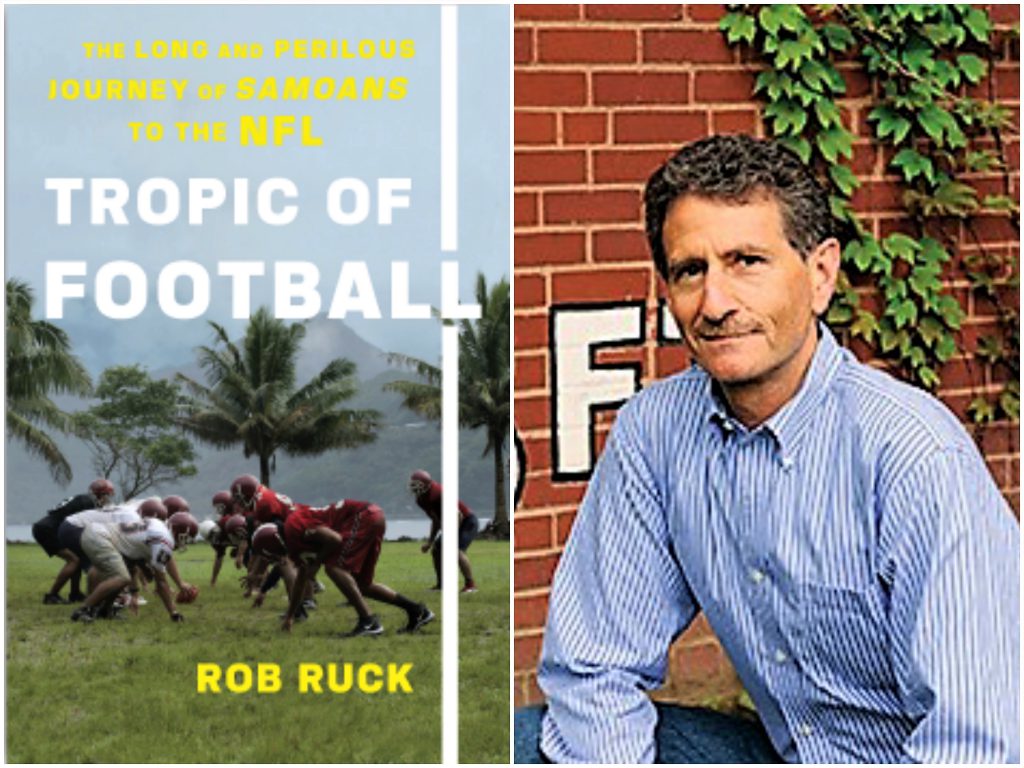 UH West O‘ahu’s Distinguished Visiting Scholars Committee invites you to an event entitled, “The Long and Perilous Journey of Samoans to the NFL,” featuring Dr. Rob Ruck, a University of Pittsburgh Professor of History.

Prof. Ruck is scheduled to speak from 12:30 to 1:50 p.m., Friday, Oct. 19 in the second floor exhibition area of the James & Abigail Campbell Library. His presentation will be followed by a Q&A/talk story session.

Ruck is an author of several sports history books, including Tropic of Football: The Long and Perilous Journey of Samoans to the NFL, which was published in July by The New Press. He also is the author of Raceball: How the Major Leagues Colonized the Black and Latin Game and The Tropic of Baseball: Baseball in the Dominican Republic. He also has been a writer or adviser or producer on several award-winning documentaries about sports.

Tropic of Football explores the reasons why Samoans have enjoyed so much success in the ranks of collegiate and professional football, producing more players for the NFL than anywhere else in the world. It notes football has become the means by which Samoans bring their story to the world.

“Tropic of Football unravels American Samoa’s complex ties with the United States. It explores an island, where boys train on fields blistered with volcanic pebbles, wearing helmets that should have been discarded long ago and moves from the Samoan archipelago to Samoan outposts in Hawaiʻi and California where holding on to faʻa Samoa is an existential challenge,” Ruck wrote on his website.

“That story plays out in Kahuku on Oʻahu’s North Shore, at Punahou and the St. Louis School in Honolulu, and at Oceanside, El Camino, Long Beach Poly, and elsewhere in California.”

The 336-page book has drawn praise from other writers, including former ESPN NFL reporter John Clayton, who remarked “Ruck has another winner.” Wrote Marcus Rediker, a historian and author, “Rob Ruck is arguably the most important sport historian of our time. His books on the African American and Latino roots of baseball have revolutionized our understanding and memory of the national game. Now he turns his brilliant gifts as historian and writer to a small Pacific island and its people, forcing us to rethink what we thought we knew about America’s most popular sport, football.”