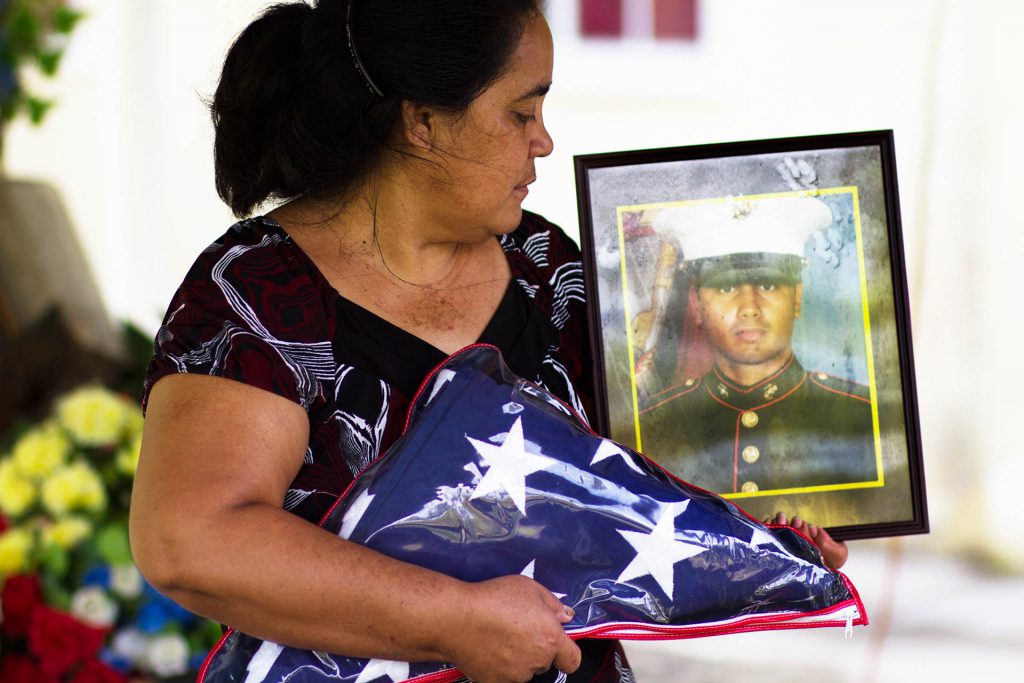 Island Soldier, a documentary that follows members from a family living in the Federated States of Micronesia to military training and then to the battlefields of Afghanistan, will be shown for free on theUniversity of Hawaiʻi – West Oʻahu campus.

UH West Oʻahu students, faculty, and staff, and community are invited to a screening of Island Soldier at 6:30 p.m., Tuesday, Oct. 2, in Campus Center C225. Refreshments will be provided.

The compelling film weaves together the personal journeys undertaken by Pacific Islander soldiers and their families on the island of Kosrae. The island is one of four states that make up the Federated States of Micronesia, an independent nation of 100,000 citizens, and a protectorate of the United States.

According to the Island Soldier website, the Federated States of Micronesia has in recent years become a “recruiter’s paradise” for the U.S. military and has lost five times more soldiers, per capita, than any U.S. state. The film captures a tightly knit island community — a microcosm of economic, social and political change, as the high price for military service in a foreign nation’s wars cuts deep.

Director, cinematographer, and producer Nathan Fitch will be at the screening, leading a discussion after the film and answering any questions. Fitch, who works in the video department of The New Yorker magazine, has had work featured in the New York Times, TIME magazine, and the National Film Board of Canada.  He served as a Peace Corps volunteer in Micronesia.

This screening is part of a series of screenings on O’ahu made possible by the University of Hawaiʻi at Mānoa Center for Pacific Islands Studies in collaboration with several of its partners including the Academy for Creative Media – West Oʻahu, the James & Abigail Campbell Library, the UH West Oʻahu Office of the Vice Chancellor for Academic Affairs, Chaminade University, and Bess Press. For more information about the film screenings, contact James Viernes at jamesv@hawaii.edu.