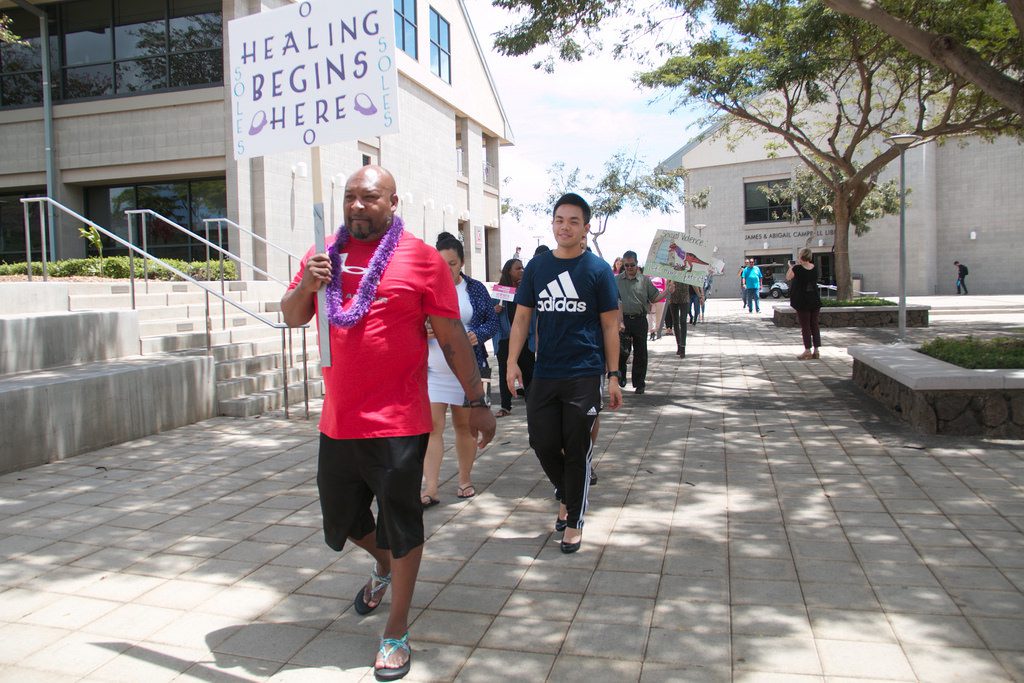 A campus march is the signature activity of “Healing Soles: Step Up Against Sexual Violence.”

Healing Soles, an annual UH West Oʻahu event against sexual violence, will feature several events during which students, faculty and staff can demonstrate their stand against sex assault and other forms of sexual violence.

“Healing Soles: Step Up Against Sexual Violence,” is scheduled for Wednesday, Sept. 26, from 9 a.m. to 1 p.m. and will feature several ways to get involved, including its signature campus march. These include:

Participants can also create or design a physical sign and display your sign during the march/step out. Judges will be observing the physical signs during the walk, with the sign deemed the best winning a prize.  There will also be a prize given for best digital sign, as entered by designers by a Sept. 20 deadline. These works are being displayed on the campus’ digital signs from Sept. 2o to 26.

Healing Soles is also a Kaiāulu event that earns participation points in a competition that results in the awarding of a perpetual trophy given the division with the most points.  The division also is given $500 to spend on an activity or event that promotes team building and a sense of community within the division.

Points will be awarded for making a sign, attending Dr. Taketa’s presentation and taking a pre- and post-survey, participating in the march, and winning the sign contest.