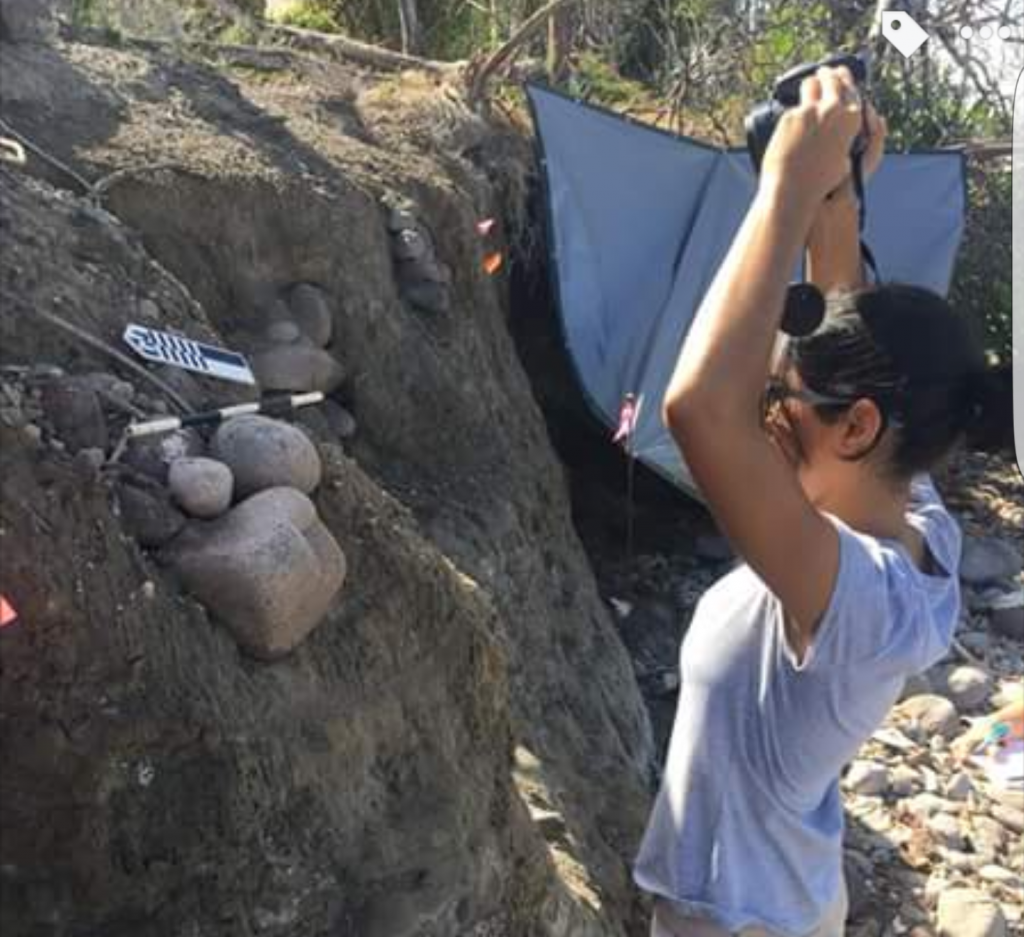 UH West Oʻahu senior Chelsea Wanstead summer was filled with adventure, though not exactly the kind every student hopes to encounter.

Wanstead’s summer sojourn included travel to the Dutch Caribbean island of Sint Eustatius (also known as Statia), carefully unearthing bones from an 18th-century cemetery, and traveling to Texas State University in San Marcos, Texas, to further scrutinize her work through an osteological (study of bone structure) analysis of the human remains.

Wanstead’s travel and participation in the work were part of an eight-week Research Experiences for Undergraduates project funded by the National Science Foundation. Wanstead was selected to take part in the eight-week long program, “Exploring Globalization through Archaeology,” run by faculty at the Center for Archaeological Studies at Texas State. Through the program she chose to delve into the growing field of dental anthropology for her research project, which she will present at a conference in 2019.

“I learned so much,” said Wanstead, in an email.  She explained that included a type of excavation method for extracting human remains, formulation of a research project from start to finish, and creation of a research poster that she presented at a symposium. Wanstead noted classes had prepared her for the program, including the importance of provenience and detail in the excavation process that she learned in Dr. William Belcher’s field school and archaeological techniques class and insight into skeletal analysis learned in Dr. Jennifer Byrnes’ Human Skeletal Biology class.

Dr. Byrnes, a UH West Oʻahu Assistant Professor of Forensic Anthropology, said the program provided a valuable experience to Wanstead. “This opportunity gives her a leg up for graduate school applications, which she plans on pursuing after she graduates,” Byrnes said.