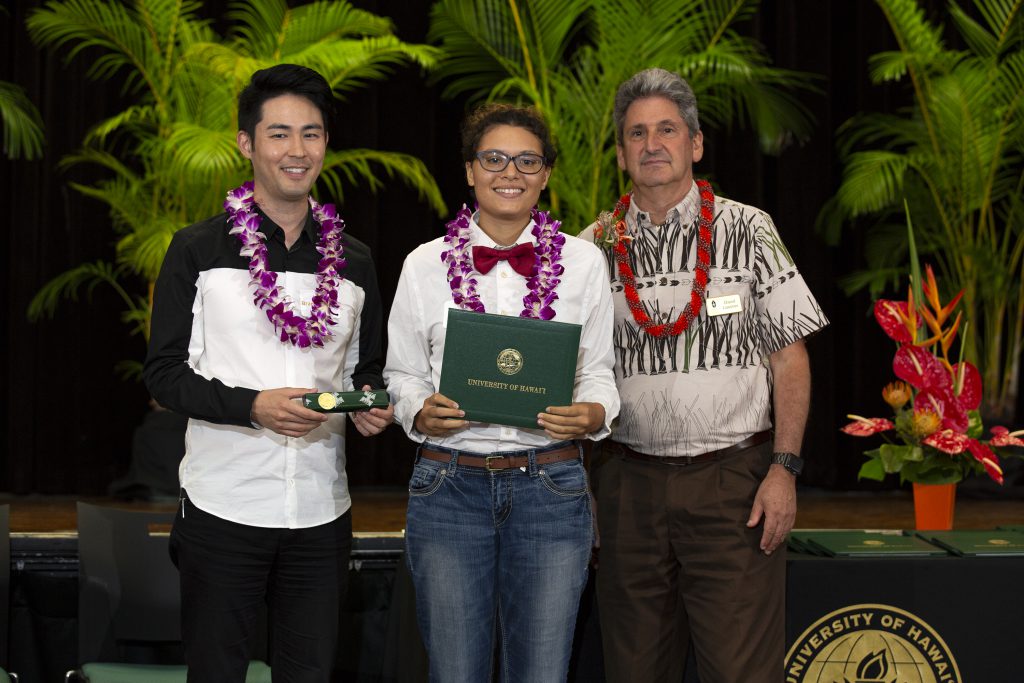 Emma Lake, an incoming freshman who graduated from Mililani High School, has been awarded a Regent Scholarship that provides a full tuition waiver for four years of undergraduate study and a one-time travel grant.

Lake was one of 20 high school students earning the award, which is given to students with a record of outstanding academic achievement. Regent Scholars are selected from students who receive a SAT total score of at least 1340 (new SAT), or an ACT combined score of at least 29 along with a 3.5 grade point average in academic subjects. Applicants also must possess extracurricular achievements that are deemed remarkable.

Lake, who wants to become a game designer, will be seeking a Bachelor of Applied Science with a concentration in Creative Media. “I chose UH West Oahu because of its great Creative Media program,” Lake said in an email.

Lake and other Regent Scholars were honored by the University of Hawaiʻi on July 19 with a ceremony at the UH Mānoa Campus Center Ballroom.