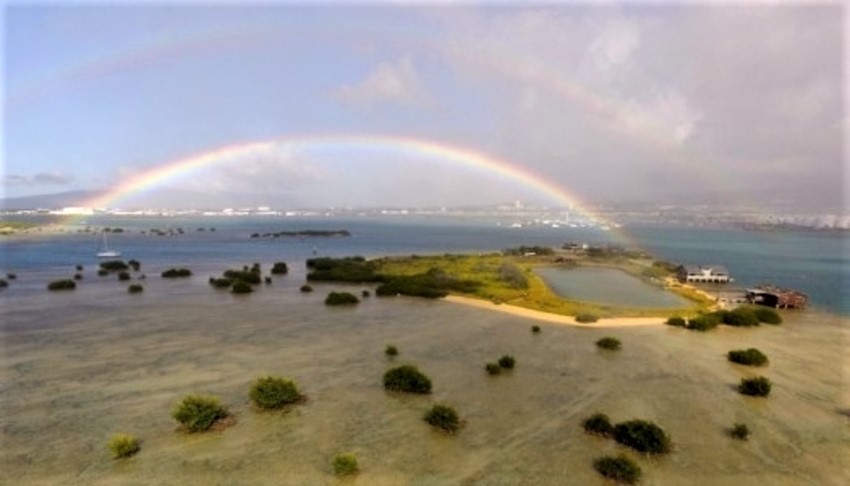 The National Science Foundation has awarded UH West Oʻahu Associate Professor of Mathematics, Dr. Esther Widiasih a two-year, $116,381 research grant to study the fishpond on Mokauea Island, across from Mauliola (Sand Island), in the Keʻehi Lagoon. 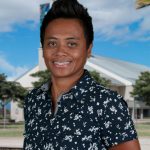 Widiasih is the principal investigator for the “Dynamics of the Mokauea Fishpond” research project, which aims to first understand the workings of the Mokauea fishponds and second, to gain insights into traditional Native Hawaiian sustainable aquaculture practices, viewed through contemporary scientific and mathematical lenses.

According to the Mokauea Fishermen’s Association, a group whose mission includes preserving Mokauea island and traditional Hawaiian ways, it is believed Mokauea Island’s fishing community has roots extending back to pre-historic times. The association notes that about 40 Loko iʻa (fishponds) existed in the area, producing nearly one ton of fish annually, but were destroyed by dredging. Work on the island has included removal of invasive species and planting of native plants.

The association was set up to preserve the island and the surrounding fishery as a traditional fishing village and to protect the ability to live and practice as has been traditionally and customarily done in Hawaiian fishing villages. UH West Oʻahu’s involvement with Mokauea Island dates back several years and includes field studies during Ethnomathematics Summer Institutes. 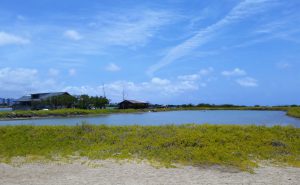 The fishpond measures roughly 50 by 100 yards but currently is not used to raise fish because of its shallow depth due to land erosion and silt accumulation. Widiasih’s investigation aims to understand the workings of Hawaiian fishponds in general and the Mokauea fishpond in particular.

The research will utilize tools from statistics and applied mathematics, along with integrating the ancient knowledge from Native Hawaiian cultural and fishpond practitioners. The results of the study will provide insights into ancient knowledge of the Native Hawaiian sustainable aquaculture practices, viewed through the lenses of western scientific and mathematical language. It is thought the study will contribute important discourse of sustainable food production.

Widiasih will utilize statistical as well as numerical methods and will incorporate ancient knowledge from Native Hawaiian cultural and fishpond practitioners. Water quality data and flow pattern of the fishpond will be collected and used to develop a mathematical model that captures the dynamics of key physical parameters as well as the pond’s circulation patterns. The investigation will also include the development of an online site to host and manage data collected as well as other available data and studies on the Mokauea fishpond and its surrounding areas.