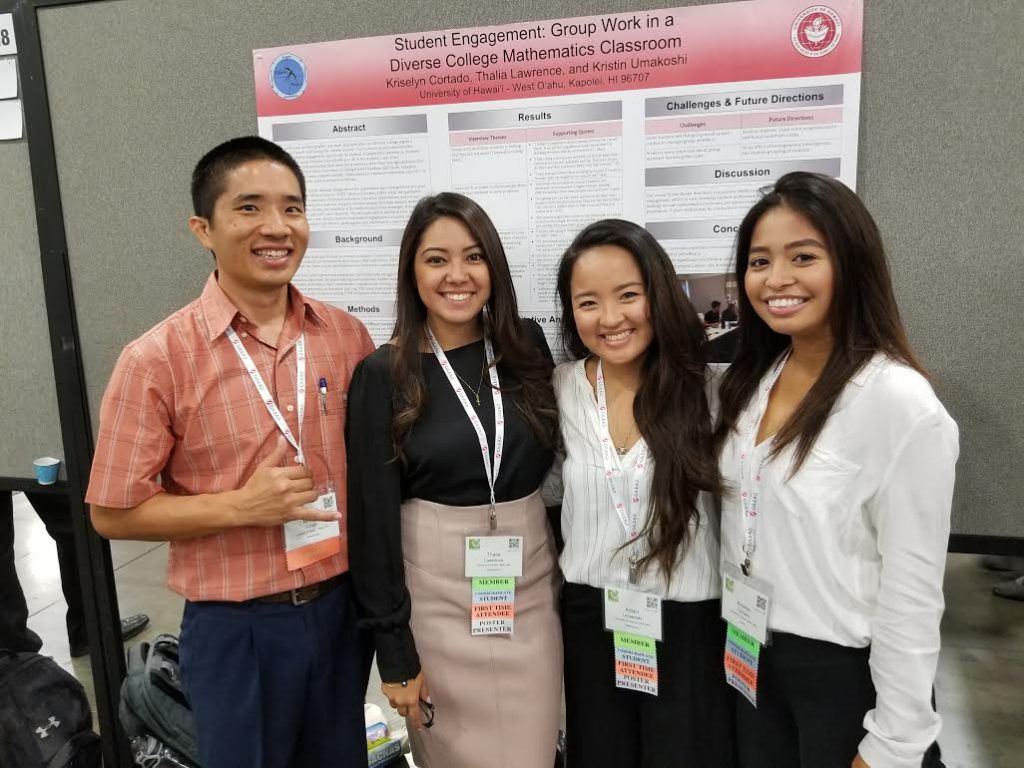 The trio won an Undergraduate Student Poster Presentation Award in the Mathematics (general) category at 2017 SACNAS – The National Diversity in STEM Conference, an event that attracted more than 4,000 people and featured more than 1,000 student research presentations.  The conference was sponsored by the Society for Advancement of Chicanos/Hispanics and Native Americans in Science (SACNAS) Oct. 19-21 at the Salt Palace Convention Center.

“All of the Kikaha STEM Student Researchers made important contributions to their respective fields and winning the award was fantastic news for UH West Oʻahu,” said Dr. Michael Furuto, UH West Oʻahu assistant professor of mathematics, who served as faculty advisor for the winning group. Furuto helped guide, direct and support the students’ research. 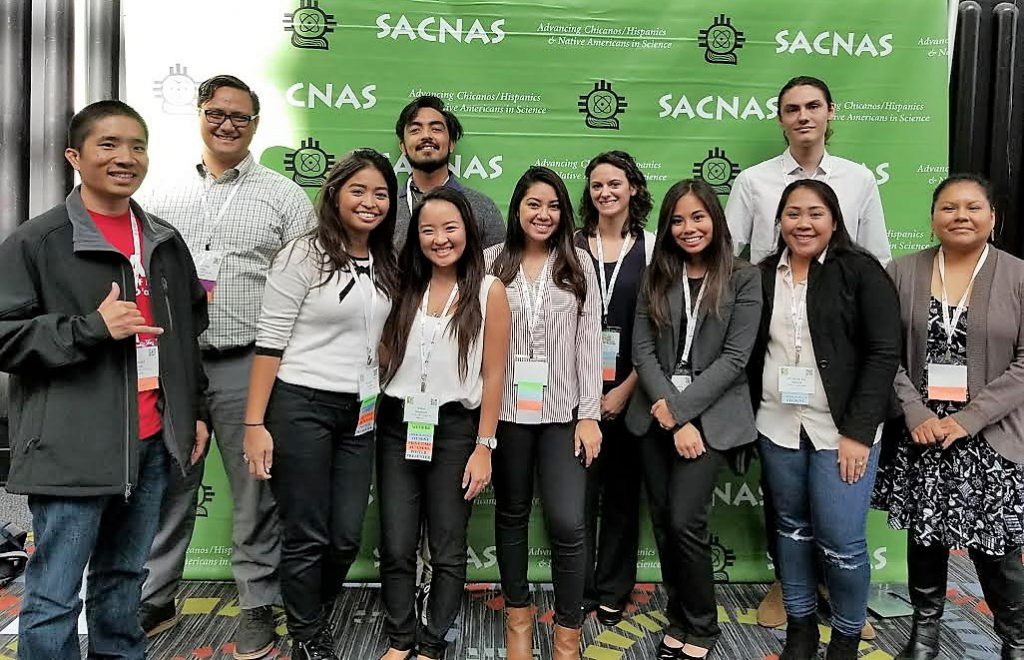 During this past summer UH West Oʻahu awarded 15 students research stipends of up to $2,000 as part of the Kikaha Undergraduate Research Program. Research projects ranged from antimicrobial-producing microorganisms in Hawaiian soil to the impact of pigs scavenging behavior in the state.

Additionally, two students, Bianca Paishon and Michele Farias, became the first UHWO students to take part in the BUILD EXITO undergraduate research program when they were selected to participate earlier this year. Dr. Esther Widiasih, an assistant professor of mathematics and Principal Investigator on the NSF grant, has helped organize presentations of student undergraduate research on campus and has begun collecting the presentation posters for the possible start of a student research repository.

In 2016 UHWO students Shane Yaw, Christine Joy Baltazar, and former student Ashley Mariah Lacefield Rodriguez presented their research at the SACNAS event, which is one of the largest diversity in STEM conferences in the nation. Undergraduate students deliver 10- to 15-minute presentations about their research as displayed on posters and answer questions from professors and students from all over the US.

“The feedback from conference attendees were invaluable and extremely positive as they learned about a Mathematical Model for the Potential of a Zika Outbreak in Oʻahu (Bautista), a Mathematical Model of the 2015 Dengue Outbreak in Hawaiʻi (Dutkoski), antimicrobial properties of limu from Oneʻula Beach Park (Northrup), and successful math pedagogical strategies leading to an increase in student math self-efficacy and achievement (Cortado, Lawrence, and Umakoshi),” said Furuto.

Furuto said some of the students plan to expand on their existing research and hope to publish the results in academic journals, while others hope to use the conference experience to catapult their academic careers into graduate school.

SACNAS, with headquarters in Santa Cruz, California, has been a leading multicultural and multidisciplinary STEM diversity organization in the country for more than 40 years. 2017 SACNAS’ sponsors and funders included the National Science Foundation, NASA, and the U.S. Department of Agriculture.