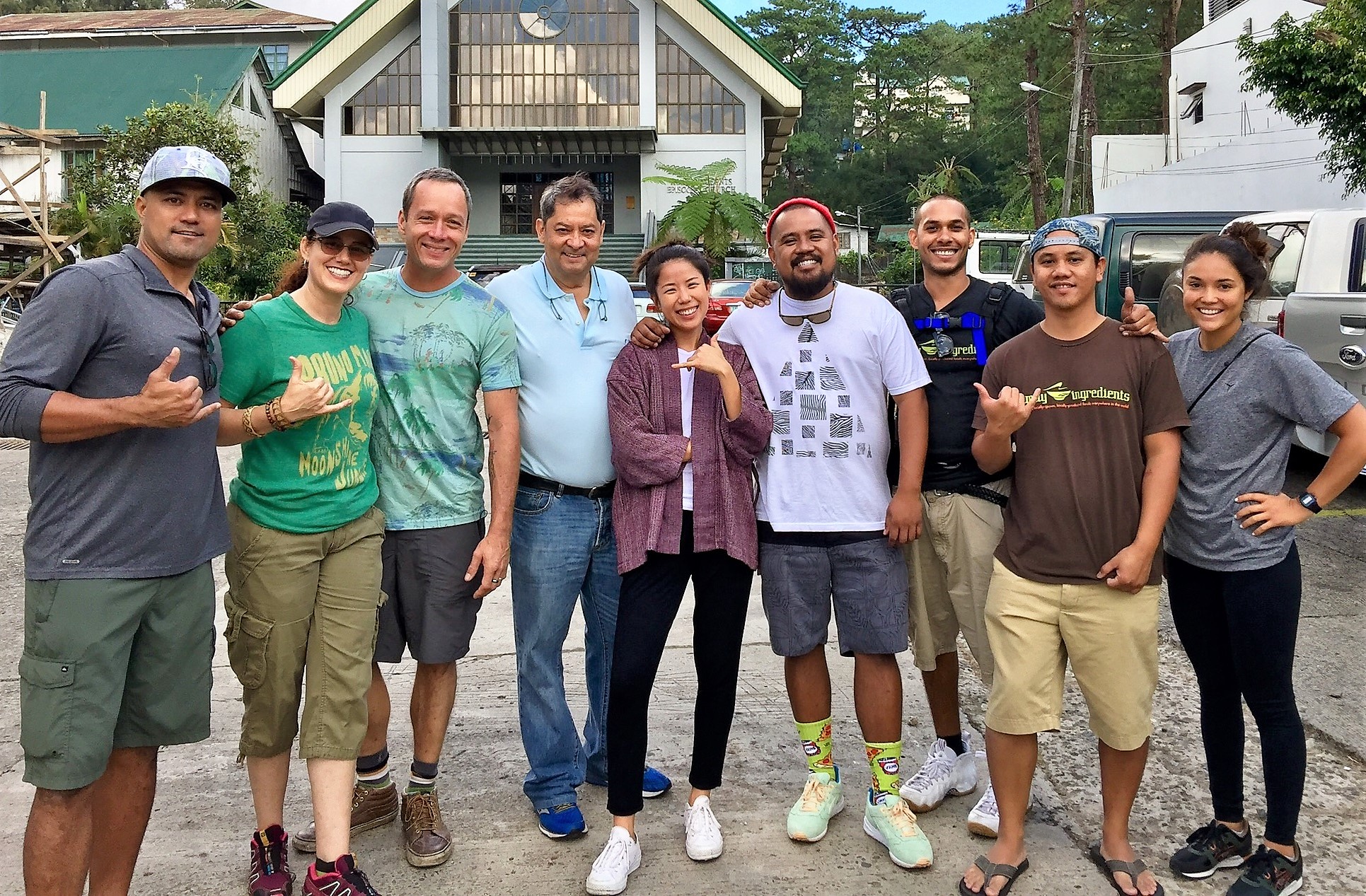 When the PBS series Family Ingredients premieres on Wednesday, October 11, a certain sense of pride might be felt at the University of Hawaiʻi’s Academy for Creative Media on the West Oʻahu and Mānoa campuses.

ACM UH West Oʻahu students and UH Mānoa graduates made significant contributions to the production, which is being distributed by PBS nationally.  Heather Giugni, creator and executive producer of the series, credits the home-grown talent as producing work that is on par with the quality of other national television series.

“ACM students have great potential and graduates can be found in every aspect of our media landscape,” said Giugni, who also is collections specialist and producer for the ʻUluʻulu: The Henry Kuʻualoha Giugni Moving Image Archive of Hawaiʻi at UH West Oʻahu.

Giugni came up with the idea while watching a food travelogue on an airline flight. She believed a similar series with high production value could be produced with the talent that resided in Hawaiʻi and distributed nationally. It was also a way to put the talent to work in the sometimes up-and-down world of film and tv production.

Family Ingredients explores Hawaiʻi’s cultural diversity through food, with a guest recounting to host Ed Kenney a memorable dish or favorite family recipe. The many layers of Hawaiʻi’s culture are peeled back as Kenney and the guest journey to various communities from which the food came, including those in various countries and states. In doing so, food is shown as a foundation for ties among families, generations, and cultures. 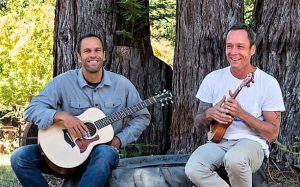 Giugni’s vision for the show has succeeded, with the first season being picked up by 93 percent of PBS stations nationally. She expects a similar outcome for the second season of six shows, the first of which will be shown locally at 7:30 p.m. Wednesday, Oct. 11.

The episodes include Kenney with singer-songwriter and North Shore resident Jack Johnson on a road trip in California; Top Chef’s “Fan Favorite” Sheldon Simeon on his first trip to the Philippines; Kauaʻi farmer Valerie Kaneshiro returns to her Native American roots in Wisconsin; Chef Andrew Le, owner of the popular restaurant the Pig & the Lady, learns just what the Vietnam War meant to his family; Anela Marie Kawehikulaonalani Evans, born and raised on the island of Lana’i, shares how living on a tiny island allows you to clearly see the world around you.  In her episode she shows us how to make venison laulau.

The production was primarily an all-Hawaiʻi affair, with a good number of Academy for Creative Media graduates and students populating the ranks. That fits with some of the original vision for the Academy for Creative Media System that was established by a Board Regents vote in January 2004. The minutes from the meeting show there was a desire to establish a competitive media studies program “to foment successive generations of cultural creators and innovators who produce compelling narratives for a global audience.” 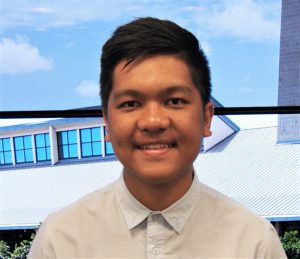 This season two UH West Oʻahu students joined the team as interns – Nakoa Camvel and Kevin Bechayda. Working on the production was a learning experience for Bechayda, who helped edit in B-roll (supplemental shots) that were consistent with Sanga’s storylines.

Bechayda said he gained an appreciation of selecting shots that fit with the director’s style, frame rate, and resolution.  A cutaway shot from someone talking about a carrot for example, would have to match what was happening stylistically up unto that point, be in focus and move at the right speed.

“It can get intense at times,” said Bechayda, a senior focusing on video production and graphics.

Family Ingredients is a production of Rock Salt Media, a local production company headed by producer/director of photography Renea Veneri Stewart, Pacific Islanders In Communications, an organization that supports storytellers through educational workshops and grant opportunities, and PBS Hawai’i.

Major funding for the series was provided by the Corporation for Public Broadcasting, with additional support from the Hawaiʻi Tourism Authority, the Atherton Family Foundation, Hawaiian Airlines, the Center for Asian American Media, Dawson, Old Mill Farms, the Consuelo Foundation, Vision Maker Media and lastly Sun Noodles, which supported internships and social media.