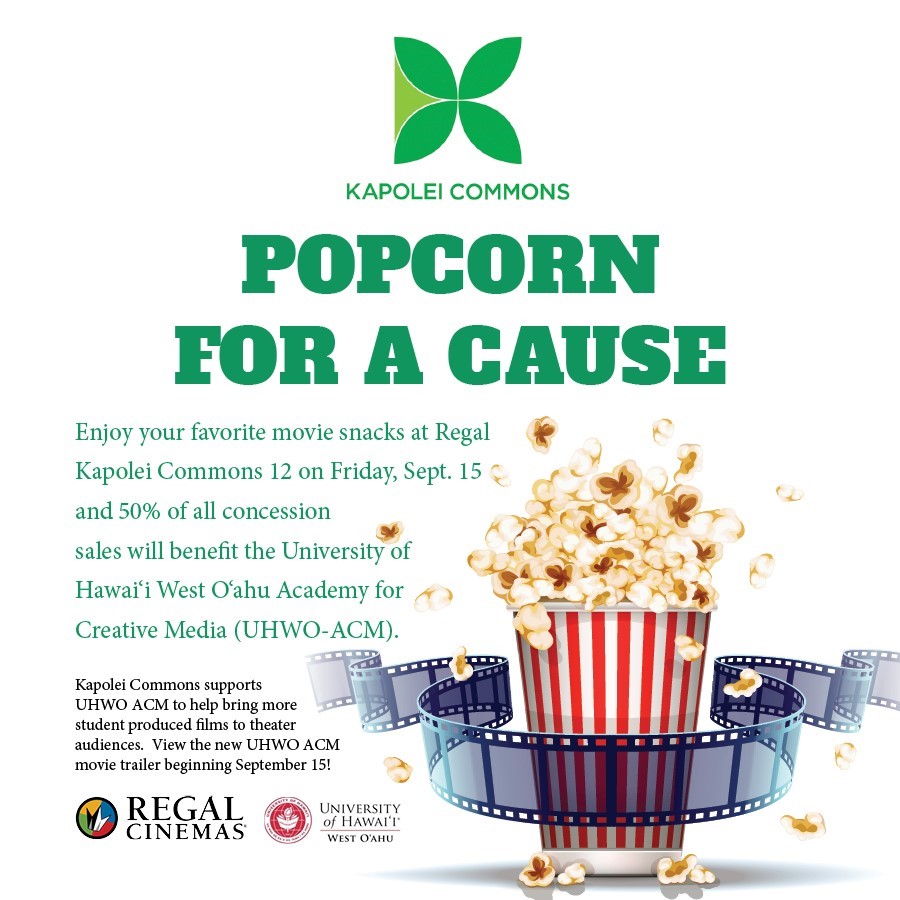 Eat popcorn or order a pizza while watching a movie at the Regal Kapolei Commons 12 this Friday and you’ll be helping the University of Hawaiʻi – West Oʻahu Creative Media program.

That’s because the luxury theater will donate half of its concession sales from Sept. 15 to help commemorate the debut of a new movie trailer produced by ACM students this Friday, and because of its ongoing support for the UH West Oʻahu campus.

The 90-second trailer, entitled “A Love Letter from the Ocean,” is a short film exploring the Westside community’s appreciation for the ocean.  It was produced and directed by Ashley Guzman, a recent UHWO graduate, who captured this connection visually with the help of Brian Keaulana and the Keaulana ʻohana, as well as Lilinoe Lindsey, Claudia D’Orso, and fellow creative media students and alums Kevin Bechayda, Janelle Saole, Jonah Shaul, and Kuualoha Kauanoe-Iuda.

“Nothing beats real world experience, and all of us at ACM are grateful to our partners at the MacNaughton Group for their continuing underwriting of classes at UH West Oʻahu that make it possible for UHWO’s creative media students to showcase their extraordinary filmmaking skills for the public in Regal’s state of the art theater at Kapolei Commons,” said Academy for Creat Media Founder/Director Chris Lee. 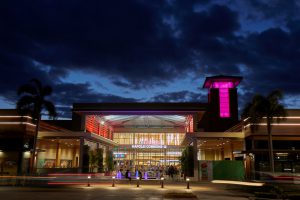 Last year the campus and the theater agreed to work together in bringing more work written, produced and directed by UH West Oʻahu Creative Media to the screen.  The agreement was an offshoot of Regal Kapolei Commons 12’s showing of the West is Best trailer during the theater’s grand opening last year.  Under the partnership, the theater committed annually to showcasing a community trailer from ACM students.

Owners of the theater include Hawaiʻi-based businesses, The MacNaughton Group and the Kobayashi Group, and Craig Realty Group of California. The theaters boast an expanded concession menu with pizzas, sandwiches on artisan breads, and gourmet popcorn. They also feature almost 1,300 fully reclining oversized seats with food and beverage trays.

The Regal Foundation previously donated $25,000 to ACM to support student scholarships,, workshops and equipment and supplies.