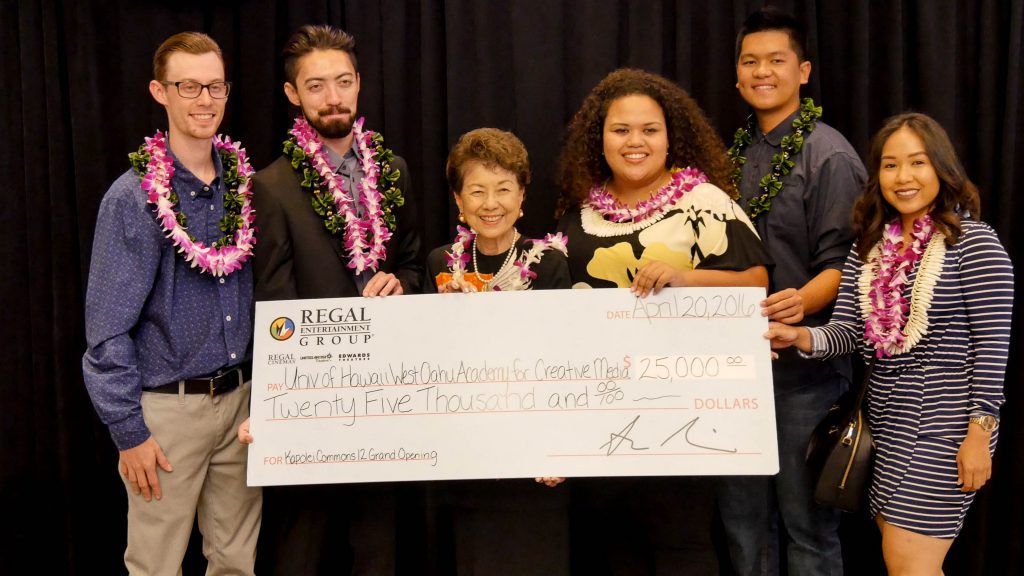 The Academy for Creative Media program at the University of Hawaiʻi – West Oʻahu received a $25,000 donation from Regal Cinemas to enhance the program through student scholarships, student workshops with industry experts, and new equipment and supplies for its creative media faculty and majors.

“On behalf of the Academy for Creative Media (ACM) System, this is a wonderful recognition of the talent and promise of the students and faculty at UH West Oʻahu,” UH West Oʻahu interim Chancellor Doris Ching said. “Mahalo for this extraordinary gift.”

As part of Regal Cinemas Kapolei Commons 12 preview events on April 17 – 19, it offered $3 movies, $3 popcorn and $3 soft drinks – with a portion of their proceeds going to UH West Oʻahu’s creative media program.

“Creating this new trailer for the MacNaughton Group was a terrific opportunity for our UH West Oʻahu creative media students to demonstrate their production skills and all of us could not be more proud to see their work on the big screen of its beautiful new luxury theater,” ACM Director Chris Lee said.