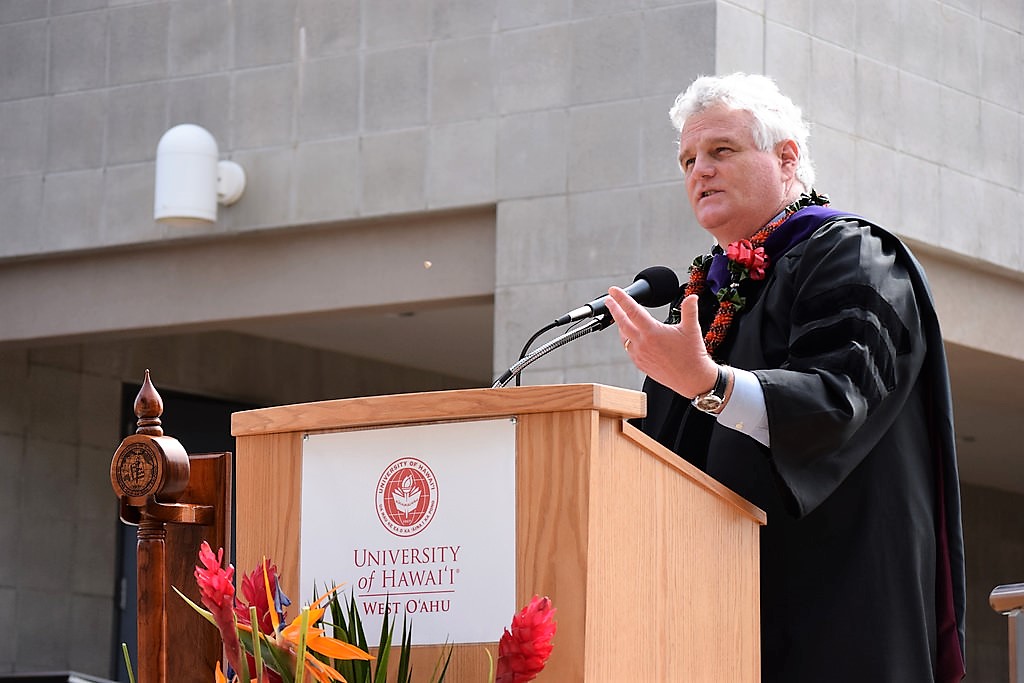 Hawaiʻi State Supreme Court Chief Justice Mark Recktenwald will speak and take questions at UH West Oʻahu as part of a campus event, Equal Justice in Our Constitution. The talk is open to students, faculty, staff and the community.

Recktenwald will give a speech on access to justice and take questions from 10 to 11 a.m., Sept. 19, in the second-floor exhibition space of the UH West Oʻahu Library. The event is sponsored by UH West Oʻahu’s new Law Society Club in honor of Constitution Day (9/17). Constitution Day is a federal observance that commemorates the signing of the United States Constitution in Philadelphia on September 17, 1787.

Recktenwald has served as chief justice since September 2010 and is no stranger to the UH West Oʻahu Campus, having given the keynote address during the Spring 2016 commencement.  At that time he spoke about the campus’ humble beginnings, the determination and grit it took to build the school, and how graduates are reflective of those qualities.

Recktenwald is also scheduled to meet with Law Society Club members following his talk, along with Troy J.H. Andrade, Interim Director for the Ulu Lehua Scholars Program at the William S. Richardson School of Law.

The Law Society has also organized a display about the Constitution — you can view it on the Library’s first floor from Sept. 11 through Sept. 22.