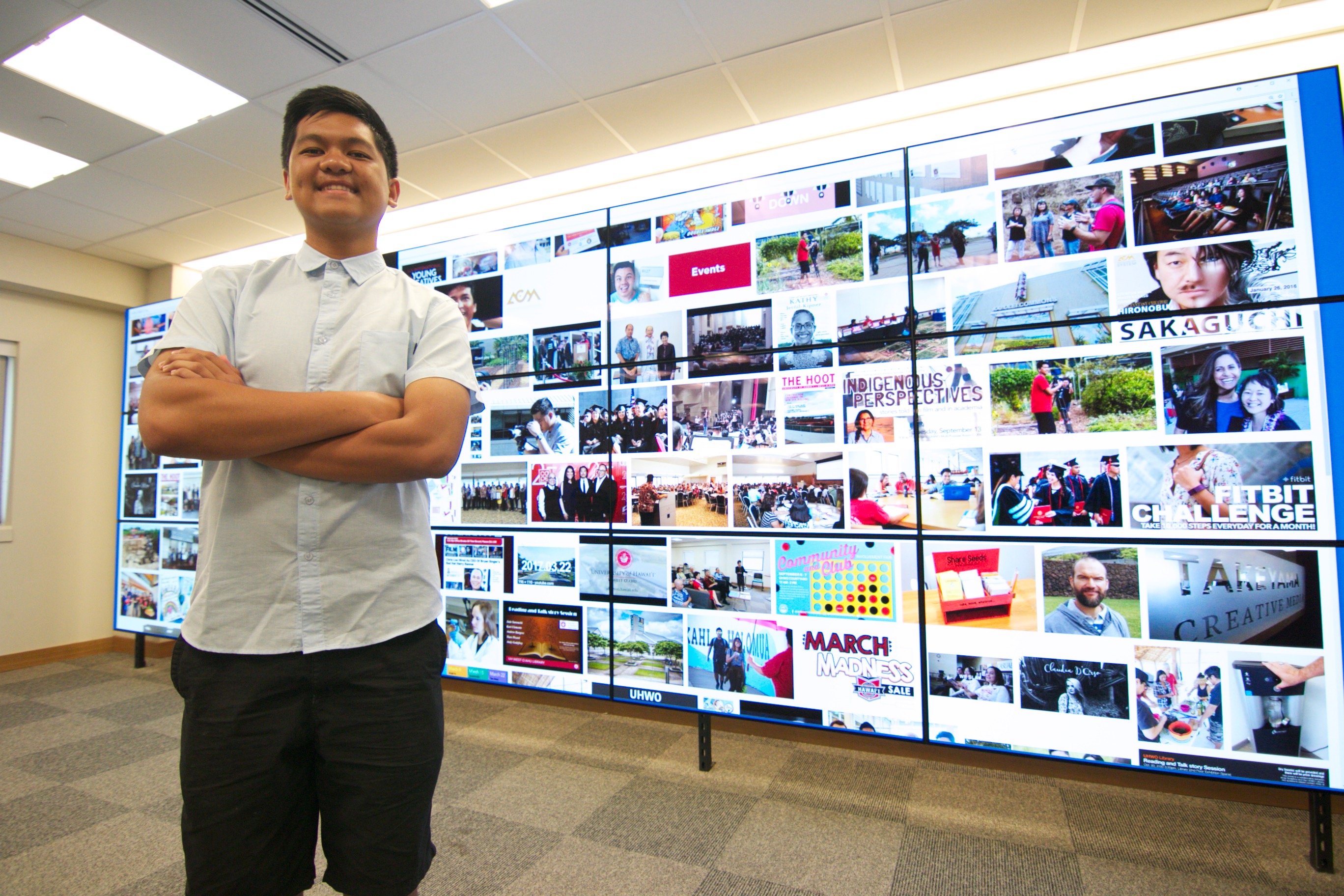 The largest OLED wallpaper display in the state was recently installed at the ʻUluʻulu public space area by the Academy for Creative Media. Installed in collaboration with Dr. Jason Leigh, the director of LAVA (Laboratory for Advanced Visualization & Applications) at UH Mānoa, this video screen will offer new opportunities for teaching and screening of student work.

More specifically, a 1,040-square-foot area within ʻUluʻulu: The Henry Kuʻualoha Giugni Moving Image Archive of Hawaiʻi in the UH West Oʻahu Library will be transformed into a theater with seating for about 40 people by the end of 2017.  Ceiling tiles, walls, and windows will be blacked out and a sliding, retractable acoustical wall will be installed to separate the theater from the rest of the area.

The centerpiece of the theater has already been installed — 15 high-resolution LG Electronics screens have been joined together into a 135-square-foot screen where multiple video and other images can be viewed at the same time. The 55-inch, 4mm thick OLED (Organic Light Emitting Diodes) screens feature the latest LG Electronics technology that has better color expression and refresh times than older displays.

According to Dr. Leigh the screen employs technology that will be used more in the future.

“Because of the thinness of the technology it is the first time displays are becoming like wallpaper. This will usher in a future where all walls can be covered with information and art effortlessly and seamlessly,” Leigh said. “When used as a collaboration tool it could bridge distance creating the illusion that a remote location is literally right next door.” 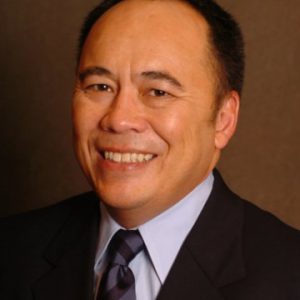 For Heather Giugni, ʻUluʻulu Cultural Collections Specialist/Producer, the screen’s ability to show multiple moving images opens up new ways to viewing and studying archival footage. She noted the Diamond Head Crater Festivals were shot with two cameras and the images could be displayed simultaneously.

“It really expands the opportunity to do video curriculum on a whole different level,” Giugni said, noting the screen could be used to show recently digitized raw footage from Eddie and Myrna Kamae documentaries alongside the documentary itself to gain a different perspective.

The screen array also doubles as a CyberCANOE site, the second on the UH West Oʻahu campus (a smaller CyberCANOE screen is located in B233).  Users of CyberCANOE (Collaborative Analytics Navigation and Observation Environment) can remotely collaborate with each other, sharing content and interacting with each other.

“Hopefully by the end of December this will be a full-fledged CyberCANOE,” said Sharla Hanaoka, Associate Director of Creative Media at UH West Oʻahu, explaining that will allow collaboration with other CyberCANOE sites.

The project is co-funded by a $600,000 award from the National Science Foundation.The cost of the West Oahu CyberCANOE cost approximately $130K.