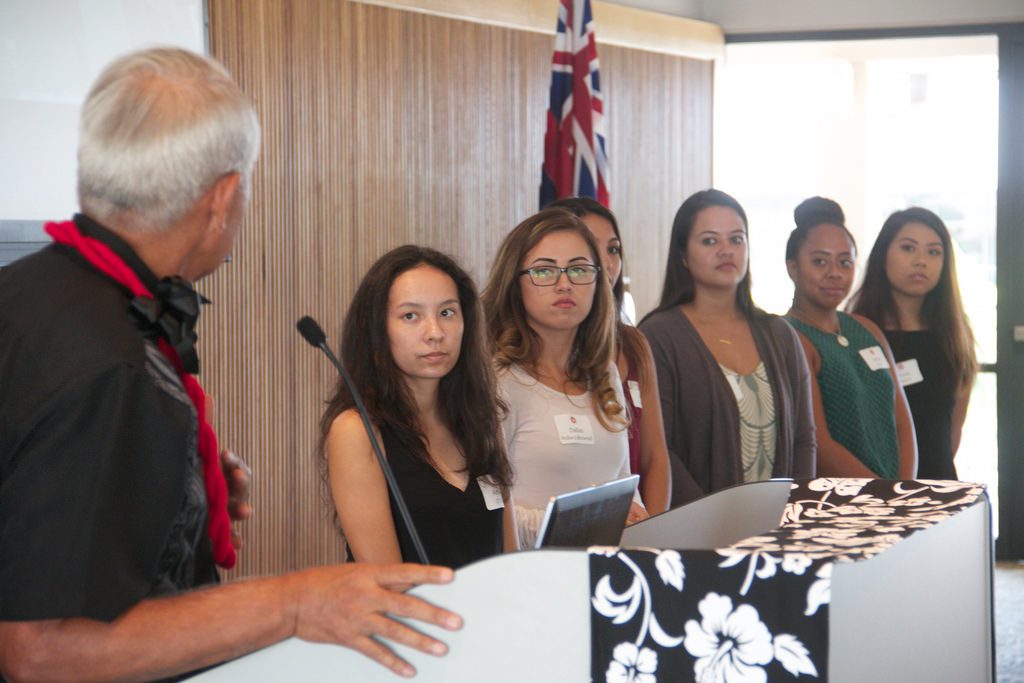 UH West Oʻahu held its first ever Scholarship Celebration on Friday, congratulating scholarship recipients and giving them a chance to say thank you to donors who also attended the event.

About 60 people attended the luncheon, including almost 30 scholarship recipients, State Sen. Mike Gabbard, and City Councilmember Kymberly Pine. The luncheon was hosted by UH West Oʻahu and the University of Hawaiʻi Foundation, the central fundraising organization for the UH System.

Sprinkled among the tables were donors who either contributed to scholarships or programs supporting UH West Oʻahu. 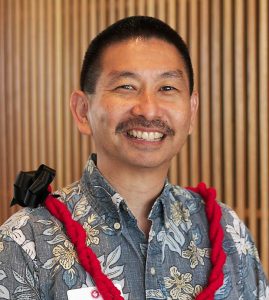 “It is providing opportunities that will enable young men and women to provide a better life for themselves, their families and the community.”

More than $150,000 of scholarship money was awarded to UH West Oʻahu students in the past year, according to Donna Vuchinich, UH Foundation president.  The luncheon celebrated about 100 scholarship recipients (see list below).

Lehua Gould, president of the Associated Students of University of Hawaiʻi West Oahu was among the recipients who had received multiple awards. She spoke at the luncheon telling a touching story of how she had wanted to attend a big-name school with a good football team. Although she was initially disappointed when she had to stay close to home and attend UH West Oʻahu, she noted her mother’s repeated aphorism that “It’s not about where you start, it’s where you finish.”

“I am overwhelmingly thankful to be part of this campus,” said Gould, who said UH West Oʻahu provided more than expected and that the scholarships she received helped her pursue two majors, become head of student government, and take on other activities without having to worry about money. She said she will graduate debt free.

“I am proud to be a product of this campus.”

Attendees were also treated to video produced by UH West Oʻahu’s Academy for Creative Media (which also receives support from donors) and by a talk by Sen. Gabbard, who represents Kapolei, Makakilo, portions of ʻEwa, Kalaeloa and Waipahu. Gabbard recounted his history with the campus and noted “it’s been a joy for me to be part of this institution.” 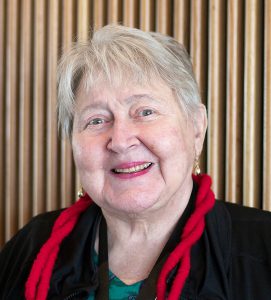 Chancellor Maenette Benham thanked people for coming the luncheon and said she hoped one day to preside over a similar event where 500 people were in attendance. Sally Kanehe, a donor who provided a $1 million endowment for UH West Oʻahu while her friend Gene Awakuni was the campus’ chancellor, said she is a supporter of Benham and her programs.

“No one is happier than I am that she came out here,” said Kanehe. “Maenette Benham is a star in leadership for our host culture.”

Kanehe, who got a degree in social work, said she is also proud of giving money to a university that has an impact on its surrounding community, including educating students for well-paying jobs.

“It’s like doing social work with your philanthropy,” she said.