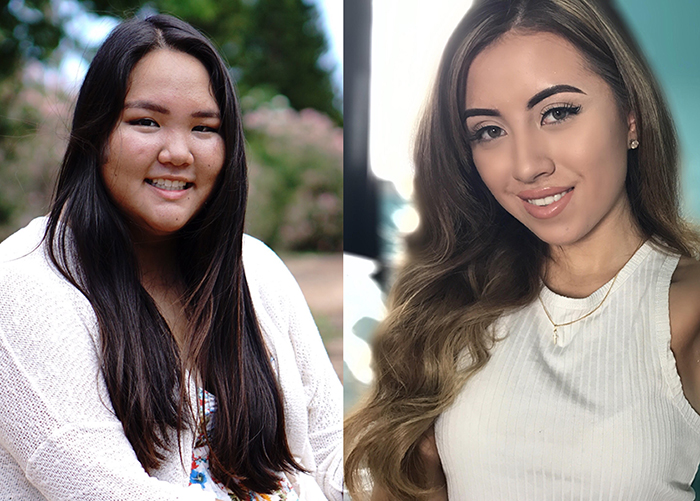 Brandie Kasaoka and Dallas Pollard-Brownell, two incoming freshman, have been been selected as recipients of the Chancellor’s Scholarships for the 2017-18 academic year, recognizing their academic achievement, leadership and community service.

Kasaoka is a Mililani High School graduate who played in the school’s band and represented Mililani in the Central District Honor Band. She also served as an officer of the school’s Interact Club and plans to pursue a degree in Secondary Education as an English teacher.

“I chose UH West Oʻahu because the campus was a lot more intimate than my other college options,” Kasaoka said.  “I found this as an advantage, as I figured the transition between and high school and college would be smoother.”

Pollard-Brownell, a Kapolei High School graduate, was on more than 10 Principal’s Honor Roll List Awards, was voted Most Likely to Succeed, and performed community service for four years, including the teaching of Hawaiian language to elementary school students. She also played on Kapolei’s varsity softball team.

Pollard-Brownell, who lives minutes away from campus, will be pursuing a degree in Health Care Administration.

“I decided to stay home and attend UHWO because I’ve heard nothing but great things about the school and staff,” said Pollard-Brownell.  “My friends who took college courses in high school at UHWO told me that the staff on campus are always eager to help and it’s just an overall welcoming environment!”

The Chancellor’s Scholarship is given to high-achieving Hawaiʻi high school resident graduates graduates who are entering UH West Oʻahu and had a 3.5 cumulative GPA. Award recipients are required to serve as UH West Oʻahu Student Ambassadors.