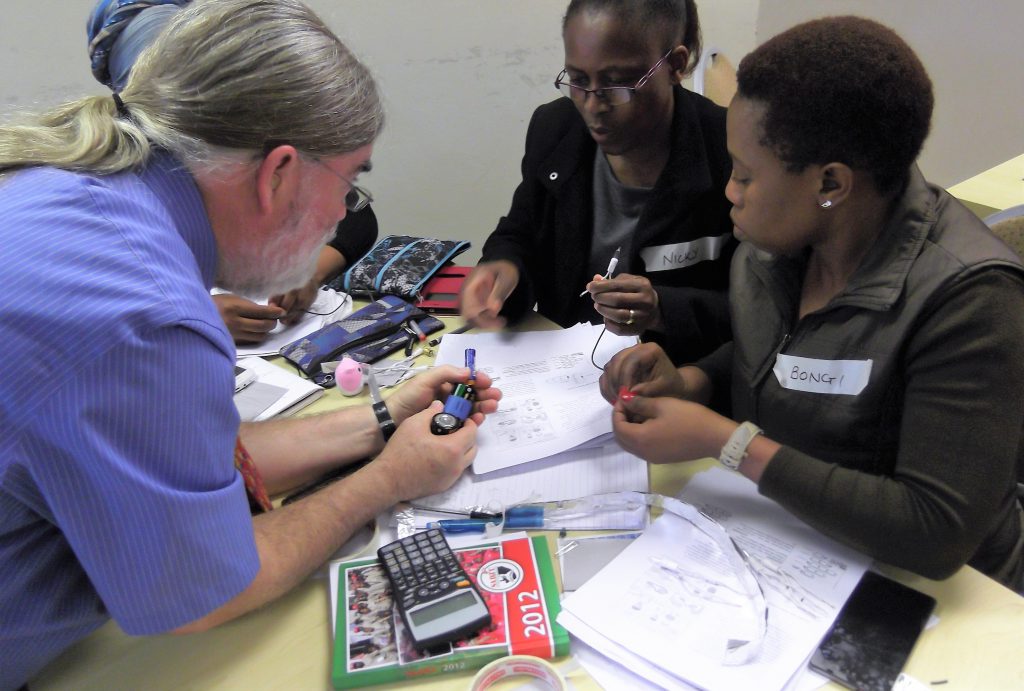 For UH West Oʻahu Associate Professor Rick Jones the summer of 2017 won’t be one he will forget soon.  He traveled halfway around the world to help train and mentor counterparts in South Africa, but came home with a new perspective on his own teaching.

“As a teacher it was an incredible experience,” said Jones, a 2014 winner of The University of Hawaiʻi Board of Regents’ Medal for Excellence in Teaching. “When you have 60 people in a classroom and they are hungry for information, you just want to pour it out.”

But what Jones came to realize was that just lecturing and providing information on how best to teach scientific curriculum wasn’t enough.  He needed to let his students – the equivalent of middle and high school teachers from rural areas – discuss and reach a consensus on how best to meet or exceed South African National Curriculum Standards they strive to fulfill.

In effect, Jones needed to provide just enough information to spark discussions among his South African colleagues participating in the program put together by Teaching Across Borders South Africa (TABSA). Yunus Peer, a Punahou School teacher and South African expatriate who founded the effort, says the idea is for visiting teachers is to be the “guide on the side,” and not the “sage on the stage.”

Jones said some of his epiphany involved letting the class discuss and solve problems on their own, or having one of them come up with an answer and discuss it with the class, thus building confidence in the group as a whole.

“I would back off and say, ‘How would you solve this problem,’ ” Jones said. “Lecturing at them is not going to help them make a change.”

For Jones, the realization is something he hopes to employ in his own UH West Oʻahu classes, where he instructs prospective teachers.  “I really need to let my students to lead the discussion more,” Jones said. “I need to let them reveal their own preconceptions to each other and let them as a group correct themselves.” 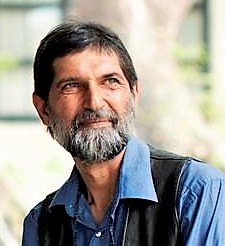 TABSA is in part an effort to make up for educational imbalances that occurred during apartheid, a sanctioning of racial segregation and discrimination against non-whites. In part, TABSA Founder Peer is trying to make up for the Bantu Education Act, which he says deprived Blacks of math and science education beyond elementary level in South Africa from 1954 to 1994.

Peer began the grassroots effort in 2001 with sponsorship from Punahou and the Cassim Peer Trust, but over the years has been associated with Teachers without Borders and now Teachers Across Borders.  During that time dozens of volunteer primarily Hawaiʻi math and science teachers have given workshops to more than 5,900 South African teachers, benefiting more than 1.5 million students in rural schools.

“Every year I am indebted to ALL members of our U.S. team who give so much of themselves to help their colleagues from rural schools in Southern Africa who did not have the same educational opportunities we are privileged with in the developed world,” said Peer, who left South Africa because of apartheid and is a 9th grade social studies teacher at Punahou.

The all-volunteer group also has managed to dedicate eight computer labs and start a school uniform project that has provided uniforms to 400 children in rural communities.

“TABSA is the best NGO (Non-Governmental Organization) nobody ever heard of,” said Peer, explaining  the group has zero guaranteed income, salary budget, and assets.

As former president of the Hawaiʻi Science Teachers Association, Jones had heard about TABSA and their work with teachers in South Africa, China, and Russia.  Late last year he applied and interviewed for this summer’s trip and became the first UH West Oʻahu staffer to go abroad with the group. Former UH Mānoa faculty members Carol Ann Brennan and Jim Metz have been active with the group for years.

For about two weeks beginning July 3 in East London the group conducted workshops for 400 local teachers, and then for another week in Bloemfontein with 120 teachers. The group worked 8 hours a day. Local teachers set the agenda by sending the group their priority topics and challenges. Peer tasks the volunteers to come up with innovative ways to teach the requested topics. The teachers were from schools that typically had no labs or lab equipment.

Jones said the teachers he encountered were bright and dedicated, with some coming from difficult-to-reach communities five hours away.  But because teaching of science and math was limited to lower grades during apartheid, some curriculum for middle and high school isn’t as well-developed as it could be. But their enthusiasm for the subject matter was unbridled.

“What really struck me was the dedication these folks have for their profession,” Jones said, explaining the workshops were scheduled during what were the teacher’s winter break. “They really wanted to improve the opportunities for their learners.”

Jones was able to show them different ways to bring scientific concepts to life using a trove of simple experiments he’s picked up from more than 25 years of teaching science. This included using scotch tape strips to demonstrate static electricity, or fashioning crude electric motors to teach electromotive concepts.

Jones’ journey actually began months earlier after being accepted as faculty for the 2017 workshops. In addition to having to pay more than $3,400 for his own airfare, housing, and food costs, Jones was required to study the South African National Curriculum Standards for science.

Jones also shelled out for equipment he needed, filling a suitcase with 50 pounds of things such as drinking straws, scotch tape, scraps of wool, Christmas lights that had been prepped for demonstrations, and balloons.  After he arrived he bought batteries and paper clips that students combined with wire loops and magnets to construct electric motors.

Despite the costs and difficulties of traveling days to reach South Africa, it was an experience he would repeat if given the chance.  “It was interesting,” Jones said. “If I was given the opportunity I would do it again.”