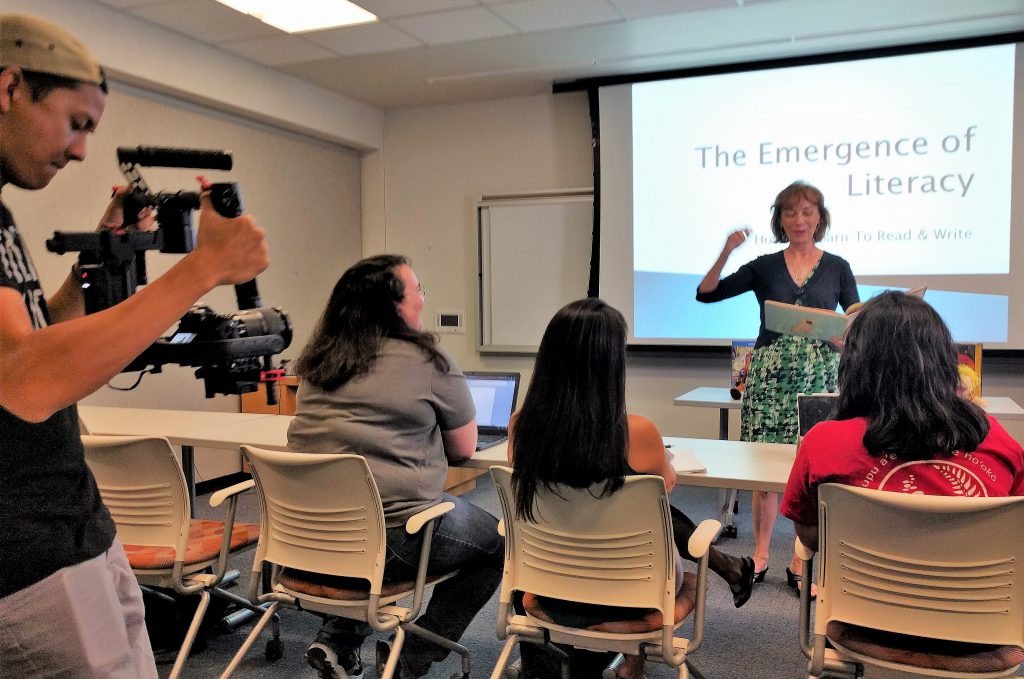 Three UH West Oʻahu Education Division students along with Dr. Mary Heller, Education division chair and professor, were on stage Wednesday as they were recorded for a piece that will be used to recruit more education students throughout the University of Hawaiʻi.

UH West Oʻahu Education Division students Lydia Haff, Angela Johnson, and Liann Sanerivi, along with Heller, were filmed in a classroom, in the hallways of E Building, and at the campus courtyard by a crew from Kai Media & Marketing. The UH System contracted Kai Media & Marketing to develop a campaign that encourages students to pursue teaching. It also promotes teaching degree programs at four UH System campuses.  The online portion of the effort will be seen at www.beaherobeateacher.com.

The crew spent two hours filming Heller speaking with student and teaching and also spotlighted Haff, Johnson, and Sanerivi in individual shots.  The clips will be mixed with footage shot from the Mānoa, Leeward, and Hilo campuses and other sites in a two to two-and-a-half minute piece that will appear online in about a month. A 30-second spot also will be produced for a possible television run.