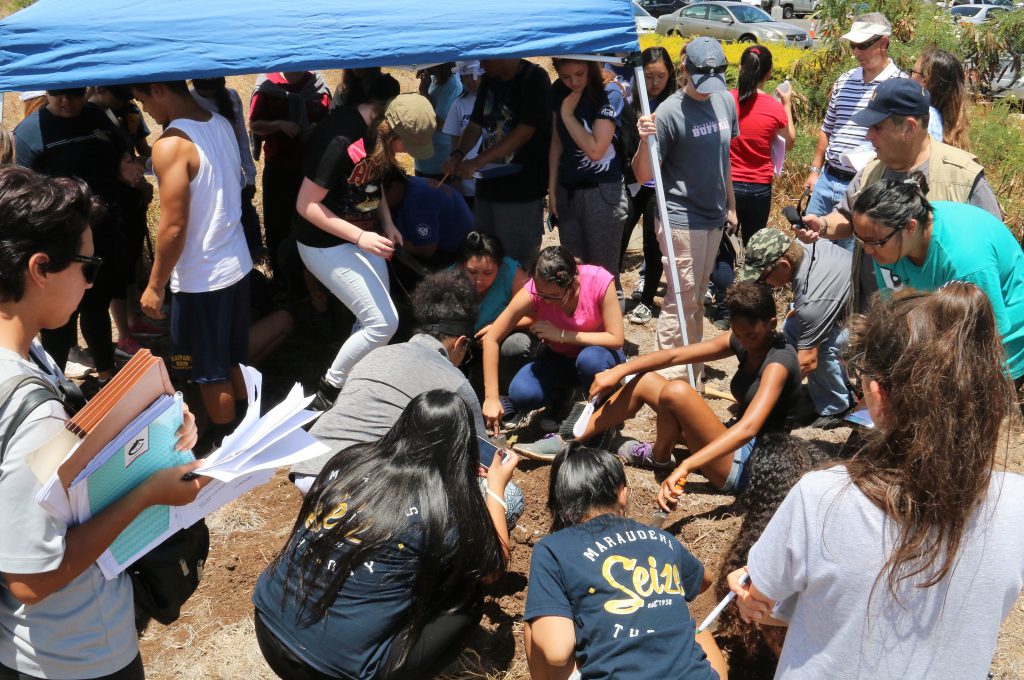 “All evidence led to the University of Hawaiʻi’s West Oʻahu campus, to a field that appeared to contain a shallow grave.”

The piece goes on to explore the workings of the Adopt-a-School program at Waipahu High School, which was selected in 2009 for the project by Laanui because of its attendance and other underperformance problems.  Since then the program is credited is helping change the high school’s culture and surrounding community for the better, the article says. 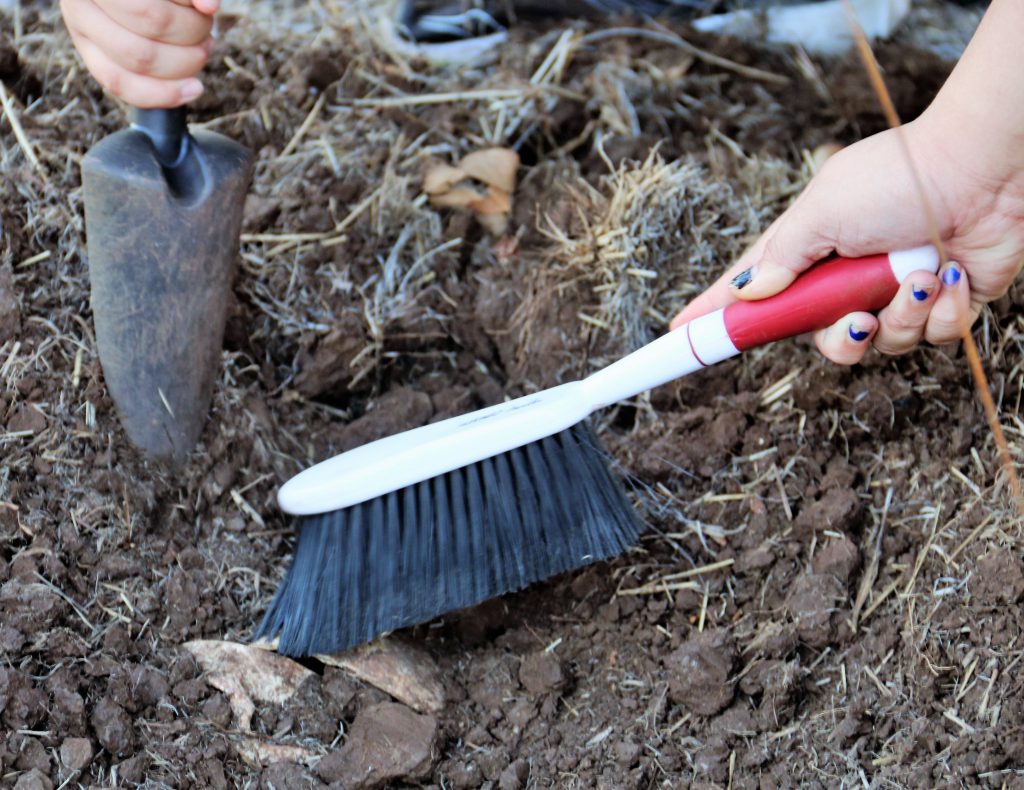 The story begins with Waipahu High School students working methodically until they unearthed the outline of a skull and explains it was part of a larger exercise from interviewing witnesses, to constructing a timeline to gathering evidence. The Waipahu students were joined by those from Sacred Hearts Academy, where Laanui also teaches.

The mock investigation was designed in part to mimic a multi-jurisdictional criminal investigation, Laanui says in the article. Byrnes said she and Hallstone have assisted and advised in the program in the planning, burial and excavation of the crime scenes.  UH West Oʻahu Anthropology Club and Justice Administration Honors Society members are typically recruited as volunteers for helping the burying and excavation of the plastic skeletons. In the most recent case, two plastic skeletons were buried along with a potential murder weapon and other evidence at the site.

This collaboration benefits the campus in two ways, Byrnes noted.  First, Waipahu High School students have a chance to visit and acquaint themselves with the campus.  Second, it is hoped that some of the students choose to continue their education at UH West Oʻahu in a Public Administration program or related programs such as Anthropology.