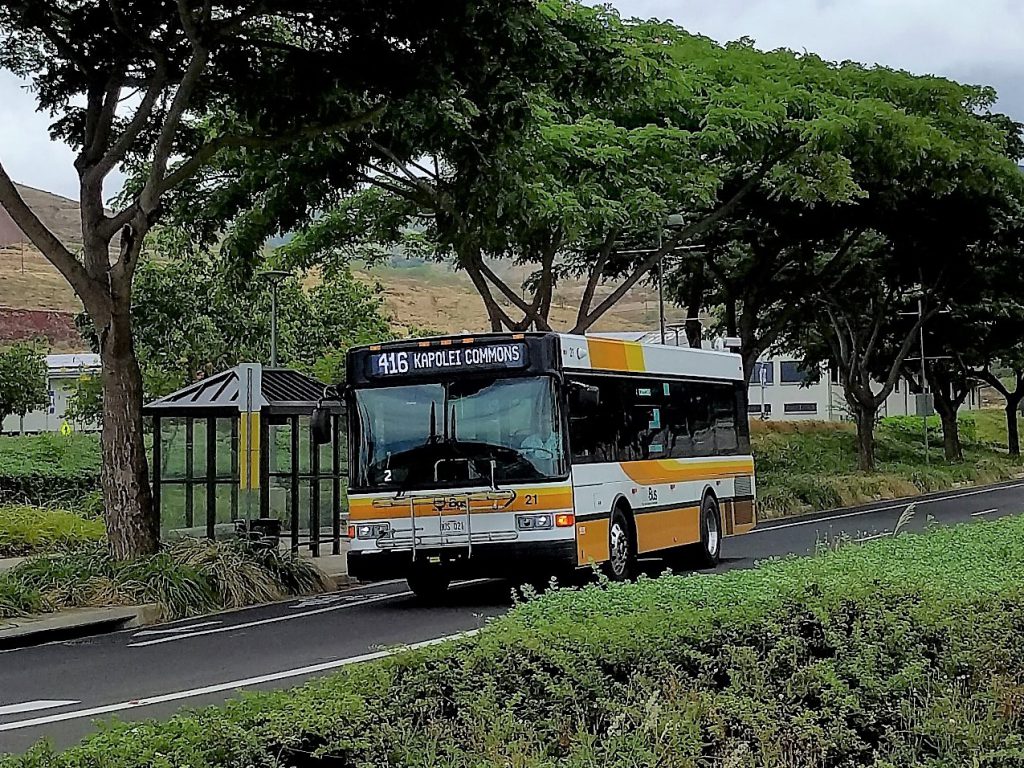 UH West Oʻahu will be dropped from TheBus’ Route 416, The Kapolei Circulator, effective Aug. 20 under a schedule by transportation planners.
The service will be discontinued because of low ridership, according to TheBus. UH West Oʻahu will continue to be serviced by buses on Route 40, per TheBus’ schedules online.

The City and County of Honolulu’s Department of Transportation Services says people with questions or concerns about the service change can email thebusstop@honolulu.gov or (808) 768-8368.

The Kapolei Circulator Route, which travels between the Kapolei Transit Center and UH West Oʻahu was started in December 2016 and was evaluated over the past six months. Under the current Route 416 schedule, UH West Oʻahu is serviced 26 times a day on weekdays, between 6:55 a.m. and 6:59 p.m., or roughly once every 30 minutes.

UH West Oʻahu will continue to be serviced as part of Route 40 Honolulu-Mākaha, which travels between Ala Moana Center and Mākaha Tower stops. In Kapolei, the Route 40 bus stops at UH West Oʻahu and the Kapolei Transit Center.