Maenette K. P. Ah Nee-Benham has been recommended to the University of Hawaiʻi Board of Regents to be the next chancellor of UH West Oʻahu. The selection is subject to final approval by the full board at its next meeting on November 17. If Benham’s appointment is approved, she is expected to start on January 1, 2017. 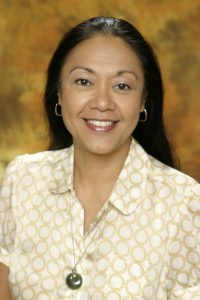 A kānaka maoli (Native Hawaiian) scholar and teacher, Benham is locally, nationally and internationally recognized for her work in education, a career that started in 1978. Benham currently serves as the inaugural dean of the Hawaiʻinuiākea School of Hawaiian Knowledge at UH Mānoa.

“I am honored to be given this opportunity and promise to build on the great work of my predecessors as I work collaboratively with the amazing faculty, staff and students of UH West Oʻahu,” said Benham. “The next voyage of UH West Oʻahu’s history will be critical one as our sail plan will include expanding our campus and developing signature programs to serve the central and west Oʻahu region and the entire state.”

UH President David Lassner says Benham has an proven ability to bring people together for a common good.

“One of Dr. Benham’s true gifts is her commitment to collaboration, inclusiveness and partnership, which is extremely important as UH West is poised to develop its identity in a time of growth,” said Lassner. “I am confident she will provide inspirational leadership to the campus and the community.”

A Kamehameha Schools graduate, Benham began her teaching career in 1978 teaching grades K–12 in California, Texas and Hawaiʻi (Kaiser High School and Kamehameha Schools). She earned her doctoral degree from UH Mānoa in 1992 and joined the College of Education faculty at Michigan State University in 1993. Among her notable accomplishments, Benham was the lead author of the White House Paper on the Tribal Colleges and Universities a Trust Responsibility (2004) submitted to the U.S. President’s Advisory Board on Tribal Colleges and Universities.

Benham’s work on alternative frames of leadership and issues of education is nationally and internationally respected. She has been an invited speaker and presenter in Europe and South East Asia and the World Indigenous Peoples Conference on Education. She covers a range of topics from program planning and assessment/evaluation, school change, leadership development, building school-community partnerships and professional ethics.

Benham has been dedicated to community service working extensively with the W.K. Kellogg Foundation on youth, education and community collective leadership initiatives. She serves on community boards that include the Waiʻanae Community Redevelopment Corp./MAʻO, the Mānoa Heritage and Kualiʻi Foundation, The Hawaiian Legacy Foundation, the Queen’s Health Systems and Queen’s Medical Center, the North Hawaiʻi Community Hospital and the Kohala Center.