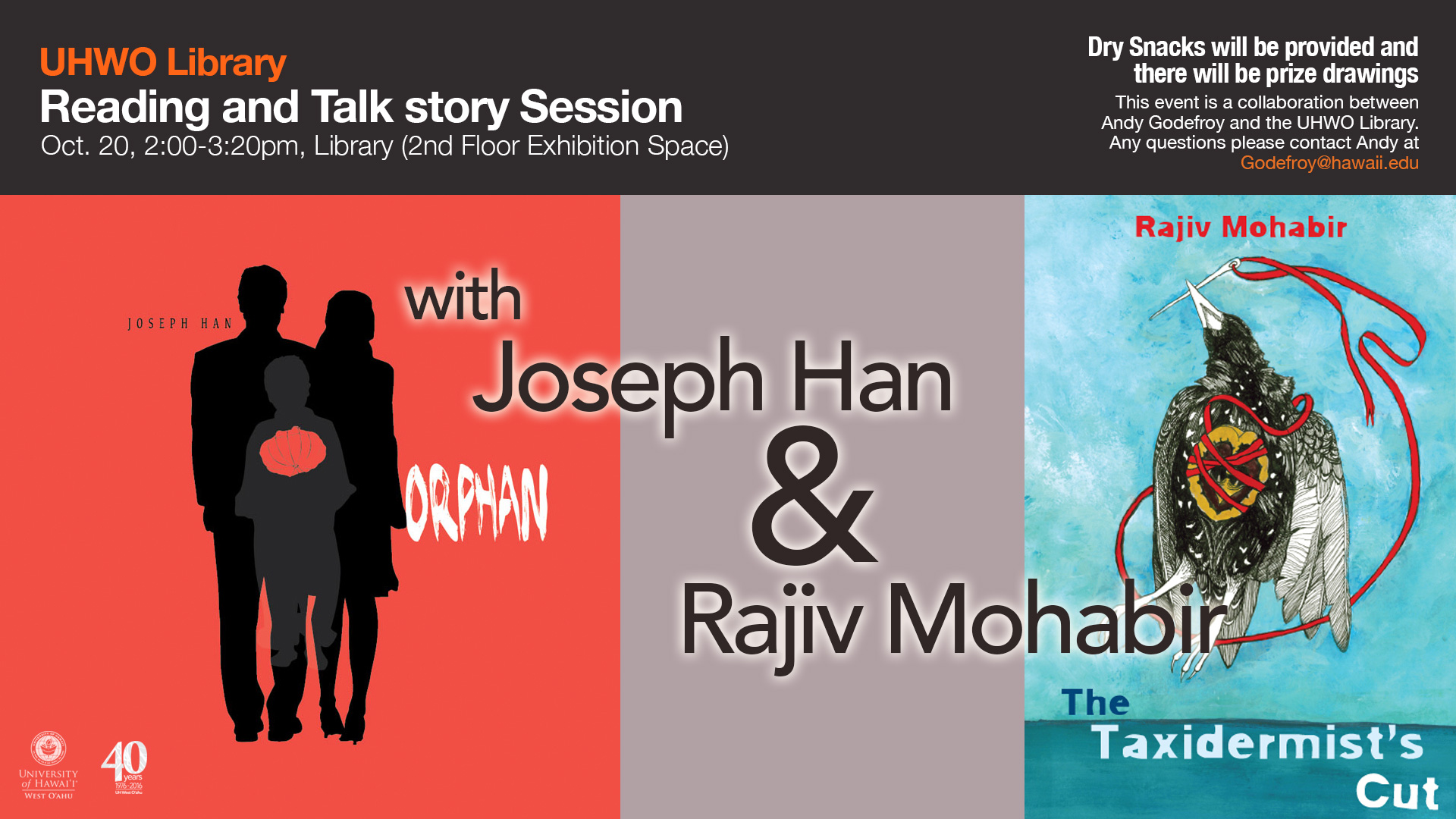 The UHWO Library is holding its second Reading and Talk Story Session of the fall semester, featuring Joseph Han, author of Orphan and winner of the 2015 Academy of American Poets Prize, and Rajiv Mohabir, author of The Taxidermist’s Cut and the winner of the 2014 Four Way Books Intro Prize in Poetry.

The session is Thursday, Oct. 20, from 2 to 3:20 p.m., in the Library’s second floor Exhibit Space. Dry snacks will be provided and there will be prize drawings.

In Orphan, TinFish Press says that Han “takes the Korean tourist industry of cosmetic surgery as the basis for his investigation of identity; caught between languages, between countries, between parents in Seoul and grandparents in Honolulu, and between the ideal and the real nose, he writes as an orphan obliged to self-invent. This is the inaugural chapbook by a promising young poet and fiction writer.”

The Taxidermist’s Cut inhabits the experience of a queer brown youth awakening sexually in a racist, anti-immigrant matrix. According to Four Way Books, the “Indo-Caribbean, the queer-countried speaker is illegible as an ‘Indian’ as well as an ‘American.’ Mohabir draws from source texts such as animal tracking guides and taxidermy manuals to highlight themes of discovery, preservation, and survival on all fronts.”