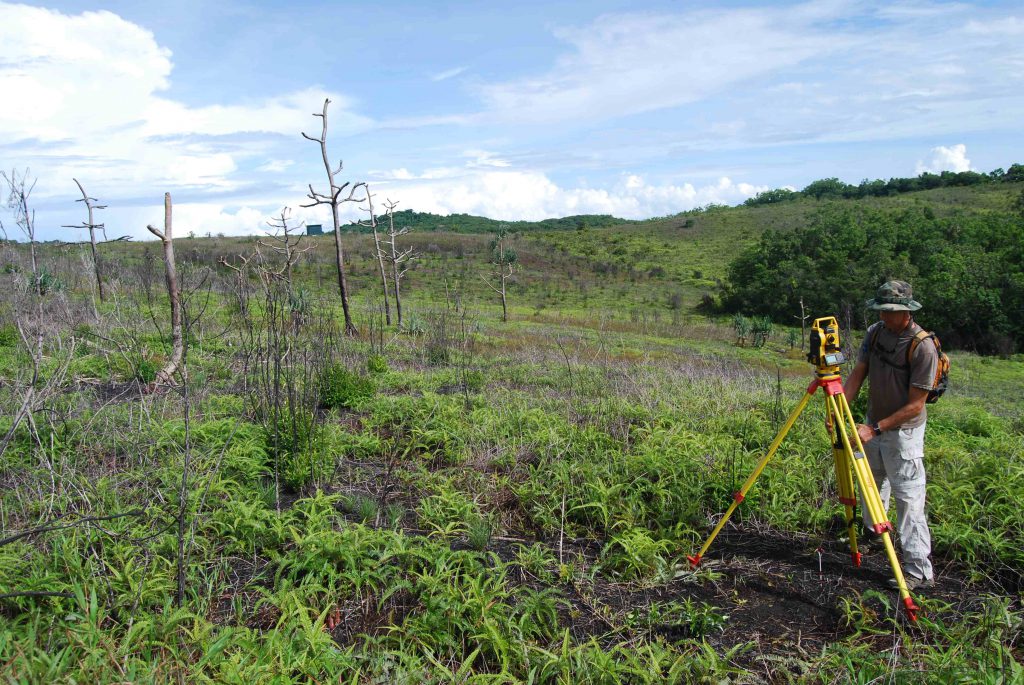 UH West Oʻahu archaeology student Michael Oras setting up the total station transit system before mapping Area B, a possible execution and burial area in the Republic of Palau for American, Palauan, and British prisoners during World War II.

“Participating in this project has been a great experience and a privilege,” said UH West Oʻahu archaeology student Michael Oras. “Not only are we getting in-depth experience in field archaeology, we are also assisting in the efforts to bring some of our country’s fallen soldiers home. I think about that a lot while I’m out here.” 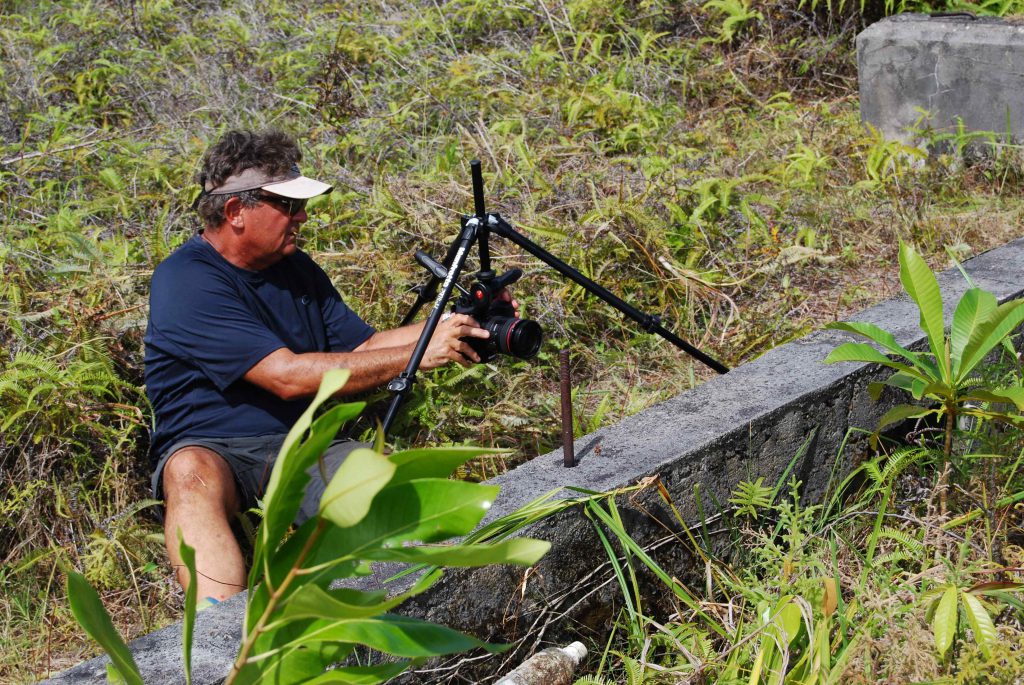 UH West Oʻahu archaeology student Tracy Dixon commented, “This has been an amazing opportunity to practice historical archaeology and look into one of the lingering mysteries of World War II in Palau.”

The current survey of Area B in the Republic of Palau is made possible by the Bent Prop Project, a private, non-governmental organization. The group has worked for the last 20 years searching and identifying numerous archaeological sites associated with missing U.S. service members from World War II.