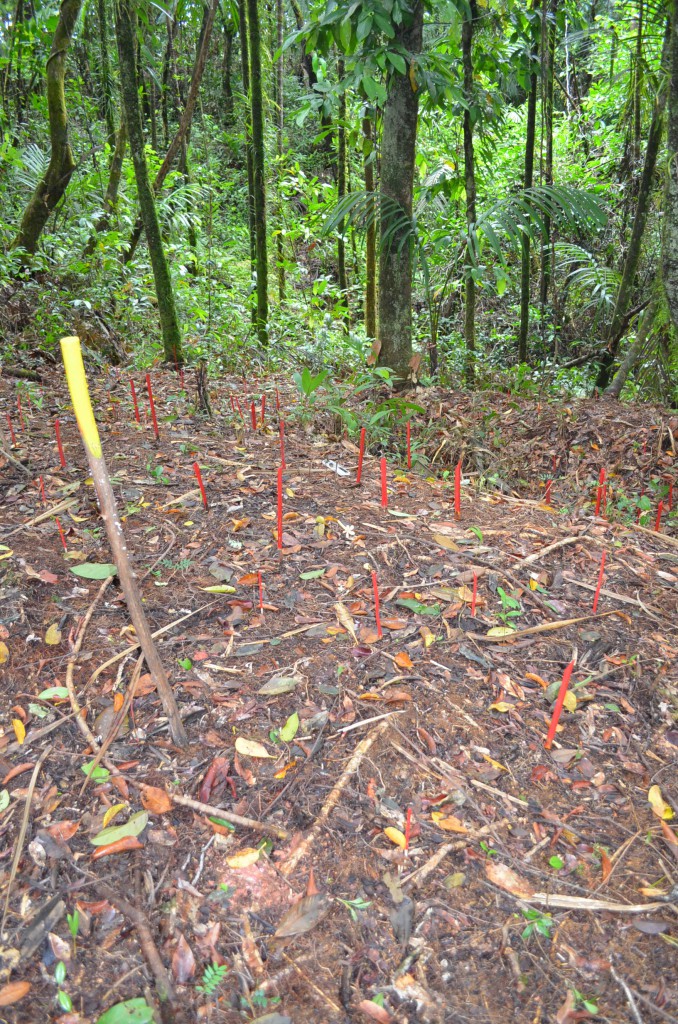 A cleared jungle area in Palau that may represent a burial area of missing U.S. service personnel. The red sticks represent “hits” from a metal detector that could be unexploded ordnance.

UH West Oʻahu juniors Alaina Gallaway and Courtney Ketzenberger will spend their spring break working with UHWO Assistant Professor of Archaeology William Belcher, surveying and excavating at a site in the Republic of Palau believed to be a Kempeitai (Japanese military police) internment and execution area for local, United States, and British prisoners during World War II. 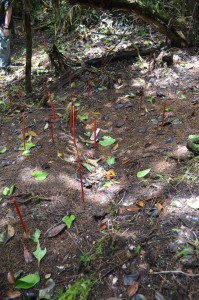 This L-shaped trench will be the focus of the March 2016 excavations. The trench is similar to a reported area where remains of missing service personnel were reburied.

Belcher and the students are traveling to Palau for the survey and excavation sponsored by the Bent Prop Project, a private, non-governmental organization. The group has worked for the last 20 years searching and identifying numerous archaeological sites associated with missing U.S. service members from World War II. The students will conduct survey and scientific excavation of several archaeological features within the internment area.