Governor David Ige and First Lady Dawn Amano-Ige toured the University of Hawaiʻi – West Oʻahu campus on Tuesday, March 29, and spent some time getting to know the University’s creative media program, ʻUluʻulu Archive, and forensic anthropology program. They were welcomed with an oli by UH West Oʻahu Student Services and PIKO Project faculty and staff, followed by a presentation by Interim Chancellor Doris Ching about UH West Oʻahu student enrollment and academic programs including the bachelor’s degree in humanities and bachelor’s degree in applied science with a concentration in creative media.

University of Hawaiʻi Academy for Creative Media System Director Chris Lee provided a first-hand glimpse of the University’s creative media program and discussed how UH West Oʻahu is the hub for University of Hawaiʻi students pursuing creative media bachelor’s degrees. The University has articulation agreements with all seven UH Community Colleges. Creative media is one of the fastest growing programs at UH West Oʻahu thanks in part to a generous $1 million donation from the Roy and Hilda Takeyama Foundation. The gift is used for tuition, books, fees, travel, the purchase of computer hardware and software, student internships, and the establishment of special student scholarships. It will also be used to outfit the anticipated Academy for Creative Media building with state-of-the-art equipment. 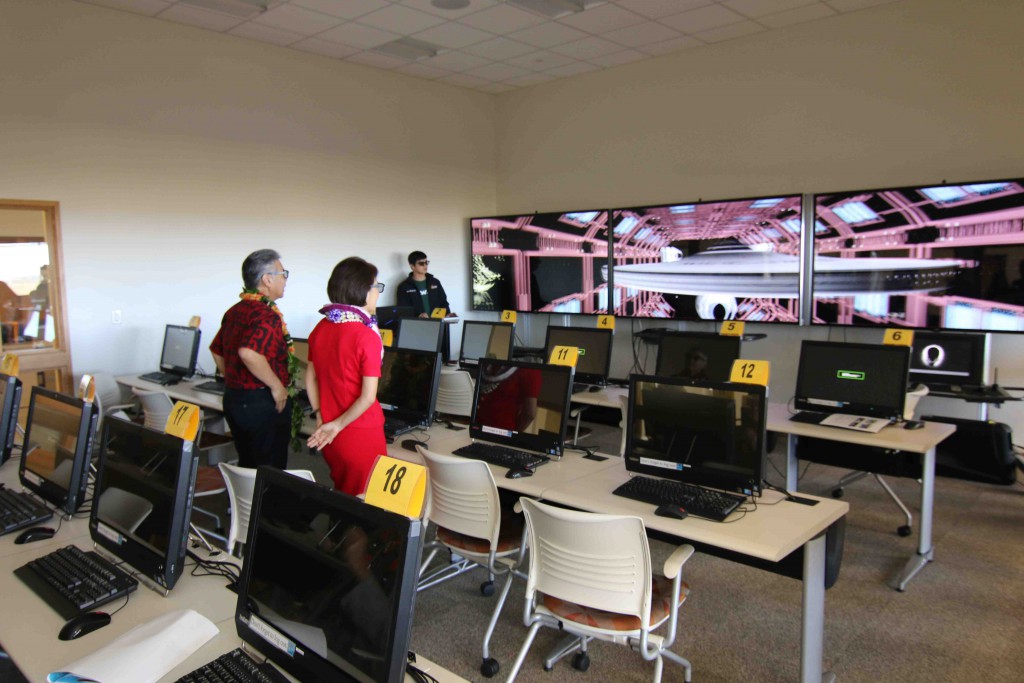 The governor and first lady were treated to a 3D graphic display on the UH West Oʻahu CyberCANOE (Collaborative Analytics Navigation and Observation Environment) that is used to carry picture and sound between UH classrooms so students on different campuses may see each other and work together sharing rich media and information. They also toured the ʻUluʻulu, Henry K. Giugni Moving Image Archive of Hawaiʻi and were the first to preview the UH West Oʻahu creative media student-produced trailer to be released at the opening of the new Regal Theater in Kapolei this April. 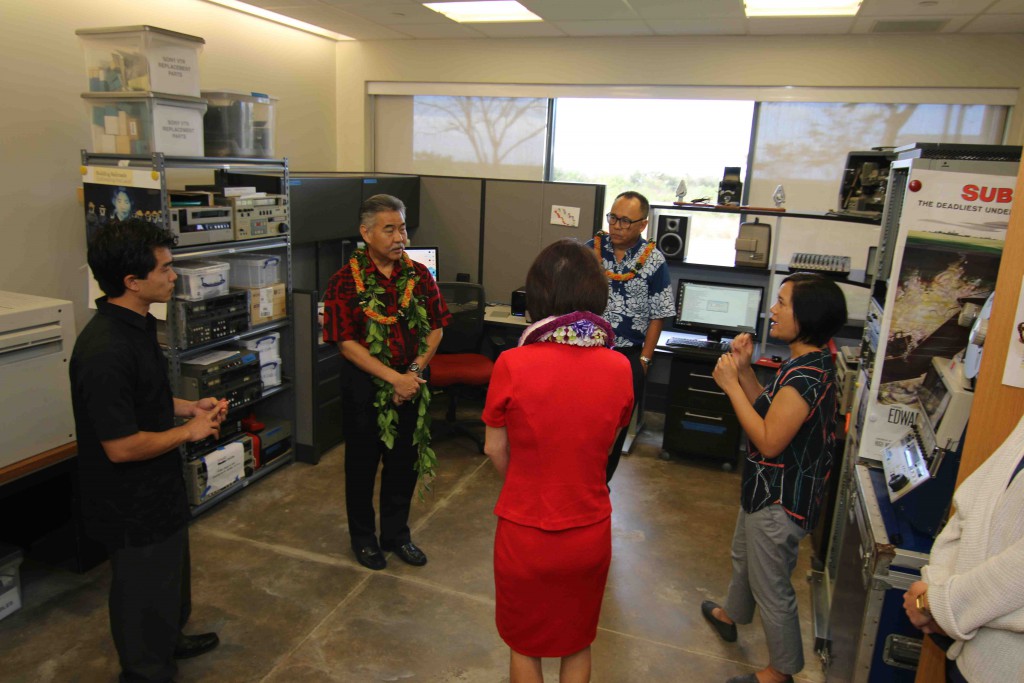 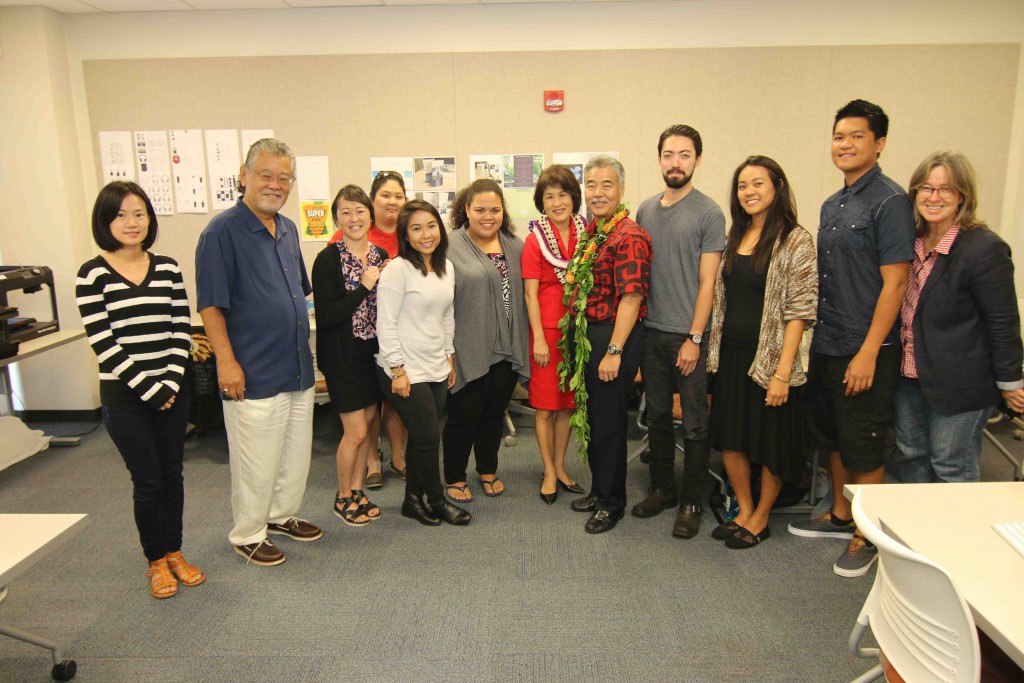 The UH West Oʻahu creative media program encompasses a variety of media domains including design, narrative and technology. The program provides extensive study and practice in the student’s chosen area of competence and fosters support for a broader understanding of related disciplines including arts, humanities, and technology, as well as experience working in multidisciplinary teams.

UH West Oʻahu’s Creative Media program is offered in partnership with the University of Hawaiʻi System’s Academy for Creative Media that identifies and coordinates the media studies efforts of all University of Hawaiʻi campuses. Taking full advantage of the system wide approach, UH West Oʻahu’s program enables each student to develop a unique skill set at the community colleges and then transfer seamlessly to UH West Oʻahu for continued scholarship and professional development.