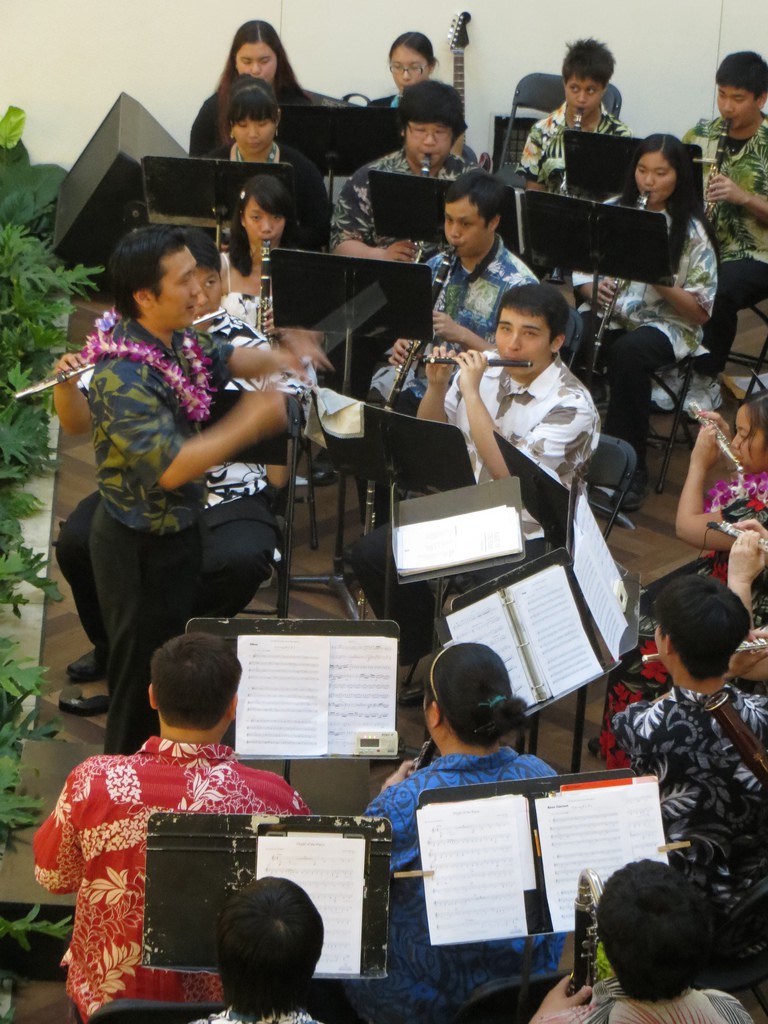 University of Hawaiʻi – West Oʻahu Band Director Chadwick Kamei was inducted into the Bandworld Legion of Honor for his outstanding work as director of bands at Pearl City High School and UH West Oʻahu. According to the Honolulu Star-Advertiser, Kamei is the seventh Hawaiʻi band director to be named to the prestigious group that recognizes the finest band directors from around the world.

“The band program provides a unique opportunity for all students to learn traits such as perseverance, collaboration, responsibility, and excellence,” said Kamei in statement. “While they may be able to learn this in any other subject, it is through the fidelity to the music and creating a musically-sensitive performance that makes the band such a great medium. Our product is a direct reflection of our inner selves, and through the band we can help our students realize their full greatness.”

Kamei has bachelor’s and master’s degrees in music education from the University of Hawaiʻi at Mānoa, and joined UH West Oʻahu as band director in 2014.