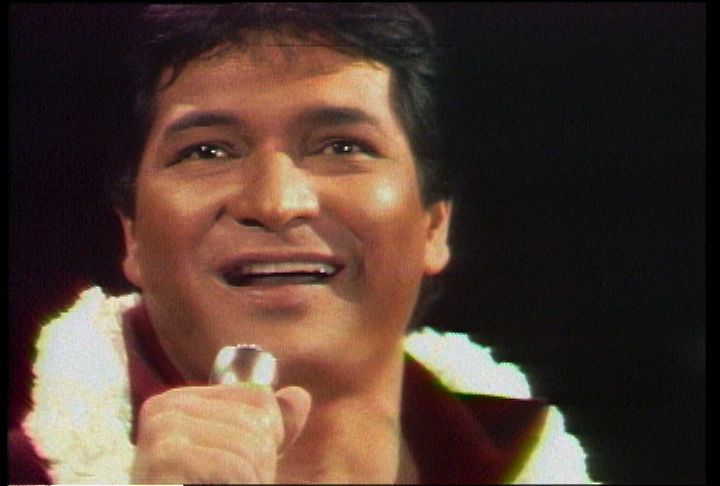 The University of Hawaiʻi – West Oʻahu ʻUluʻulu Henry Kuʻualoha Giugni Moving Image Archive of Hawaiʻi recently acquired the complete collection of the late entertainer Don Ho’s films, videos and personal memorabilia from the Donald Tai Loy Ho Trust. The extensive collection from Hawaiʻi’s most famous entertainer includes archival film and video footage and related personal memorabilia from the early 1960s through 2007, and will be housed in the ‘Uluʻulu Archive’s permanent collection.

“As conservators of Don Ho’s legacy, we are very pleased to have ʻUluʻulu’s highly professional staff and state-of-the-art resources to preserve the original materials,” stated a Donald Tai Loy Ho Trustee. “Cataloging and digitizing the collection broadens the opportunity to showcase the significant relevance of Don Ho’s legendary 50-year career for posterity.”

“We are honored by the Trust’s faith in the ‘Uluʻulu Archive to preserve the incredible influence and legacy of Don Ho – an icon who defined our island home for audiences around the globe,” said Chris Lee, founder and director of the University of Hawaiʻi Academy for Creative Media System.

‘Uluʻulu Archive staff received more than 150 boxes of mixed-media material and are currently admitting and documenting intake of the extensive collection. The archivists will catalogue and digitize the media and make the files available for streaming online. The physical materials of the collection will be stored in ‘Uluʻulu’s unique temperature and humidity-controlled electronic vault at UH West Oʻahu.

“So far, we have come across thousands of reels spanning decades of Don Ho’s career including videotape recordings of the “Don Ho TV Show” that aired daily from 1976-1977,” noted ʻUluʻulu Archive Head Archivist, Janel Quirante.

One highlight of the Don Ho collection is “Singer presents Hawaii-Ho!” starring Don Ho, the first-ever color television special to be produced entirely on location in Hawaiʻi. The program helped to usher Hawaiʻi into the consciousness of the American viewing and traveling public.

Born in Kakaʻako, raised in Kāneʻohe, and a graduate of Kamehameha Schools and the University of Hawaiʻi at Mānoa, Don Ho became an international Hawaiian singing sensation in the 1960s and 1970s and remained a Waikiki showroom fixture until he passed away in 2007. He released his most famous hit song “Tiny Bubbles” in 1966. The star of his own television series, Ho also made guest appearances on many of the most popular television shows at the time including “Laugh In,” “The Tonight Show with Johnny Carson,” “The Hollywood Palace,” “I Dream of Jeannie,” “The Brady Bunch,” “Sanford and Son,” “Batman,” “Charlie’s Angels,” “McCloud,” “Fantasy Island” and numerous variety shows.

The Don Ho Collection will take more than one year to process and digitize after which it will be made available for viewing and research by the public through the University of Hawaiʻi library system.

For more information about the Don Ho collection at the ʻUluʻulu Archive, call (808) 689-2740 or email uluulu@hawaii.edu.