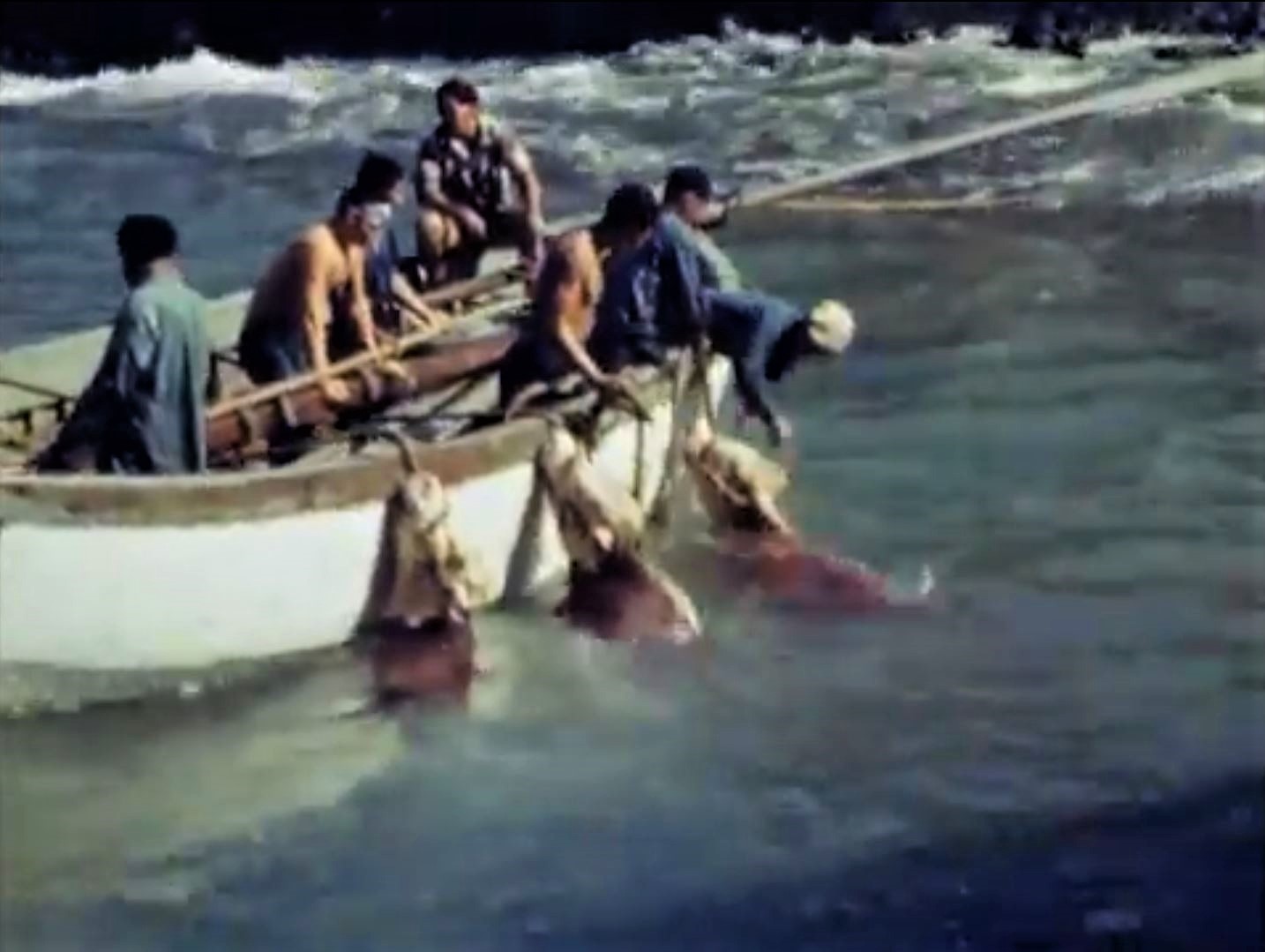 Cattle tied by their heads to a boat for transport to a freighter off of the Big Island.

A slice of Hawaiʻi’s ranching history will be displayed as part of a showcase of archival films at the National Gallery of Art in Washington, D.C., next month. 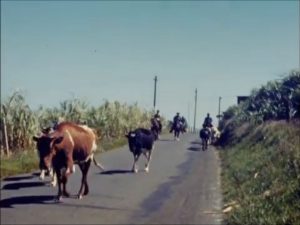 The cattle drive to the ocean begins

The film clip from ‘Ulu‘ulu: The Henry Ku‘ualoha Giugni Moving Image Archive of Hawai‘i, is included the two-hour screening at noon on June 21 in the gallery’s East Building Auditorium. ‘Ulu‘ulu contributed engrossing footage of a Parker Ranch cattle drive that literally ends in the ocean as bovine are driven into the surf and precariously strapped by their heads to the side of dory-like boats for transport to a cargo ship. The short clip,  “Loading Cattle Thru the Surf circa 1950,” was shot by an unknown filmmaker who documented a trip from California to Hawaiʻi. 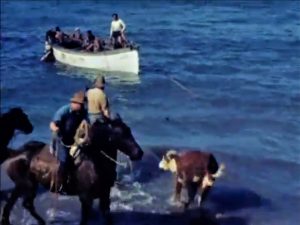 Cattle being run into the water

According to the National Gallery of Art, the Archival Screening Afternoon is a celebrated annual event that is a collaboration between the Association of Moving Image Archivists (AMIA) and the American Library Association Film & Media Roundtable. “AMIA members submit rare treasures from their film collections that might include news clips, home movies, travelogues, commercials, music performances, restored classics, experimental works, and more,” the gallery wrote on its website. “Archival gems from the sublime to the sides-splitting are always part of this special ‘best of’ program.” 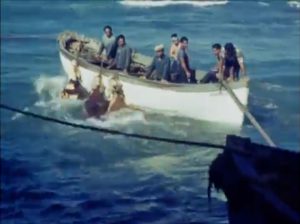 ‘Ulu‘ulu said the three-and-a-half minute clip was donated to it by the California Pioneers of Santa Clara County and was originally discovered at an estate sale. The clip is only a short segment from a larger series of film reels that ‘Ulu‘ulu received from the California Pioneers.  Each reel is about 30 minutes with the reels documenting the trip from onboard the S.S. Lurline cruise ship leaving California to travels through Oʻahu, Maui, Big Island and Kauaʻi. All three reels have been digitized and researchers can contact ‘Ulu‘ulu if they would like to view the full-length footage.

“We chose this clip because not only is it beautifully shot, and came back from our lab with a pristine digital transfer, but it shows an aspect of Hawaiʻi’s ranching history that is not very well known outside of the islands,” wrote Janel Quirante, ‘Ulu‘ulu head archivist, in an email. “And also because of those poor cows.” 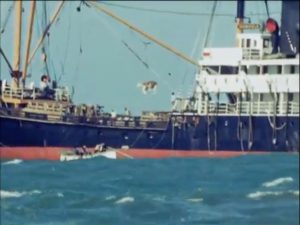 Cattle being hoisted onto the freighter

‘Ulu‘ulu, housed within the James and Abigail Campbell Library on the University of Hawaiʻi-West Oʻahu campus, is the official archive for moving images for the state of Hawaiʻi. Its collection includes more than 45,000 videotapes and films produced from the 1920’s to present day.