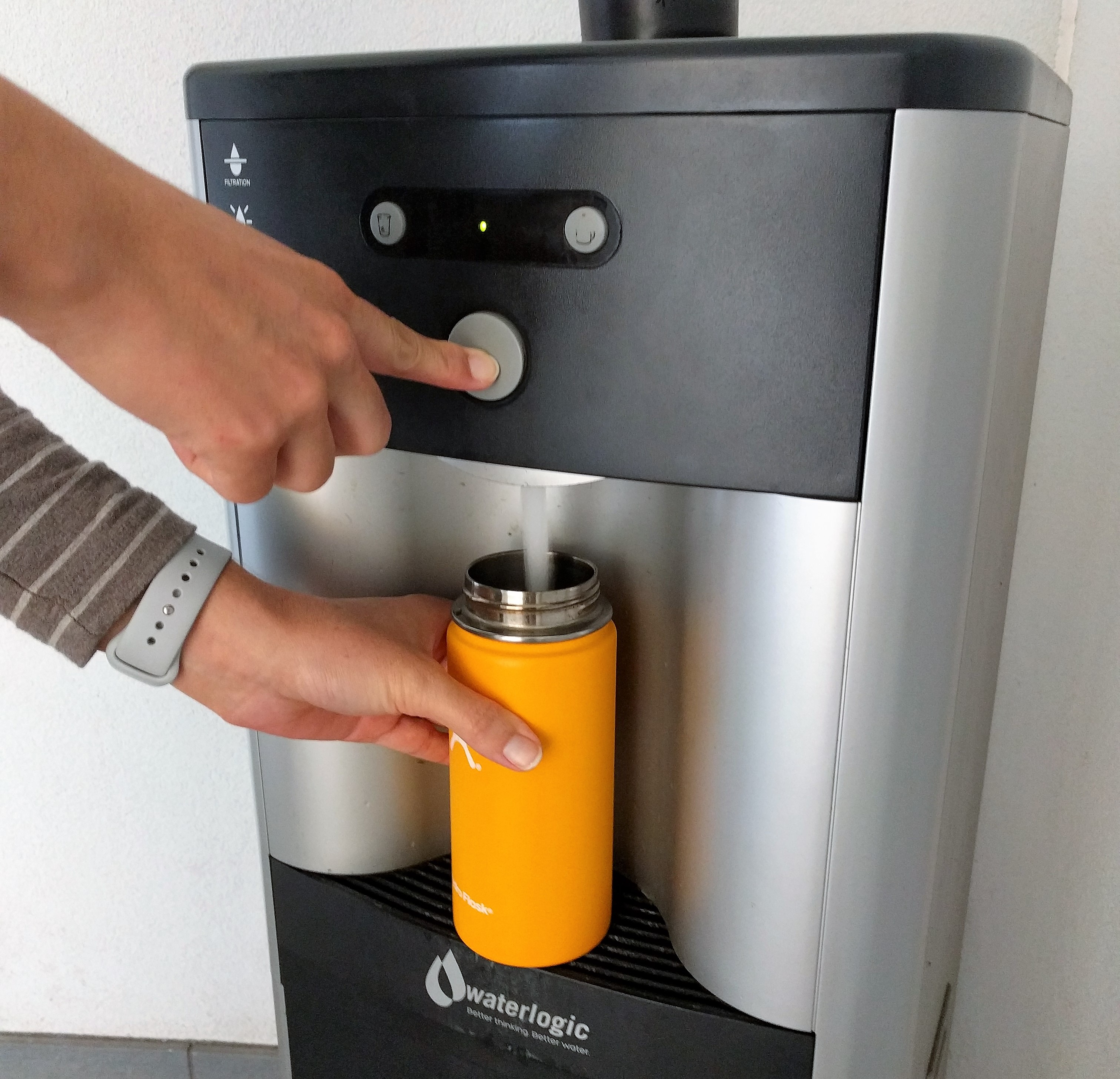 The Green Tracker water filling station in the E Building

Use of water filling stations on the UH West Oʻahu campus is keeping thousands of pounds of carbon out of the environment, while keeping disposable plastic water bottles out of Hawaiʻi’s waste stream.

That’s according to Dr. Richard Jones, UH West Oʻahu Associate Professor of Education, who estimated more than 4,000 pounds of carbon was reduced at just one of the campus’ water stations. He said students, faculty, and others who used the “Green Tracker” water dispenser on the first floor of the E Building kept more than 3,500 pounds of plastic out of the local landfills.

“Since the filling station first came to UH West Oʻahu in the summer of 2014 we have averaged 14.1 gallons of water per day,” Jones said in an email. “We are approaching $150,000 in savings by not needing to purchase 20-ounce bottles of water from the vending machines.”

The Pacific Institute, which calls itself a global water think tank, estimates several tons of carbon dioxide (CO2) are produced annually to manufacture polyethylene terephthalate (PET) bottles. Carbon is also generated from producing stainless steel water flasks, but it is thought heavy re-use of such bottles is better for the environment.

The Green Tracker dispenser is one of more than a half-dozen filling stations on campus and is unique in being the only station funded through an Office of Naval Research Grant as part of the University’s establishment of a STEM center.

Currently the 20-ounce plastic bottles of water are dispensed from the campus vending machines for $1.50 each. A check of the The Elkay quick-fill hydration stations found elsewhere on campus found they had dispensed the equivalent of more than 100,000 disposable bottles of water. The dispenser in the Library accounted for about 62,300 of these.

Jones has previously said the $1,400 Green Tracker machine exceeded expectations in terms of the water dispensed and savings produced. Waterlogic, the manufacturer of the dispenser, notes there are multiple savings achieved through its products, including less energy expended making water bottles, reduced carbon footprint, less space needed for storage of plastic bottles, and lower landfill costs for governments.