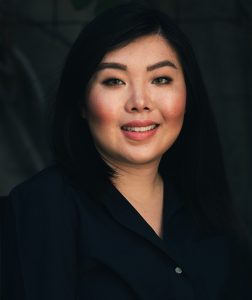 Kaitlyn Yang, a visual effects artist and founder of Los Angeles based post-production company Alpha Studios, will speak on diversity, inclusion, and equality in the entertainment industry during a talk on the UH West Oʻahu campus.

Yang last year made Forbes magazine’s list of “30 under 30” in the entertainment industry and is speaking for free on the Kapolei campus courtesy of the UH West Oʻahu Distinguished Visiting Scholars’ Fund and UH West Oʻahu Academy of Creative Media. Her talk is scheduled for 12:30 to 1:50 p.m., Tuesday, Feb. 26, in the second-floor space of the James & Abigail Campbell Library.

Forbes noted Yang emigrated at age nine from China and suffers from spinal muscular atrophy. The disability did not stop her from obtaining a degree in animation and later founding Alpha Studios, which she heads and serves as visual effects supervisor. Alpha Studios has done work for Google, Disney, NBC, Netflix, Comedy Central, and Amazon Studios.

“For us, our day-to-day is just an endless cycle of problem solving,” Yang told the publication. “I would like to prove to them that, hey, I am just like everyone else. I do some things very well and other things not so well just like every other person. For me, it is more about showing them what is possible.”