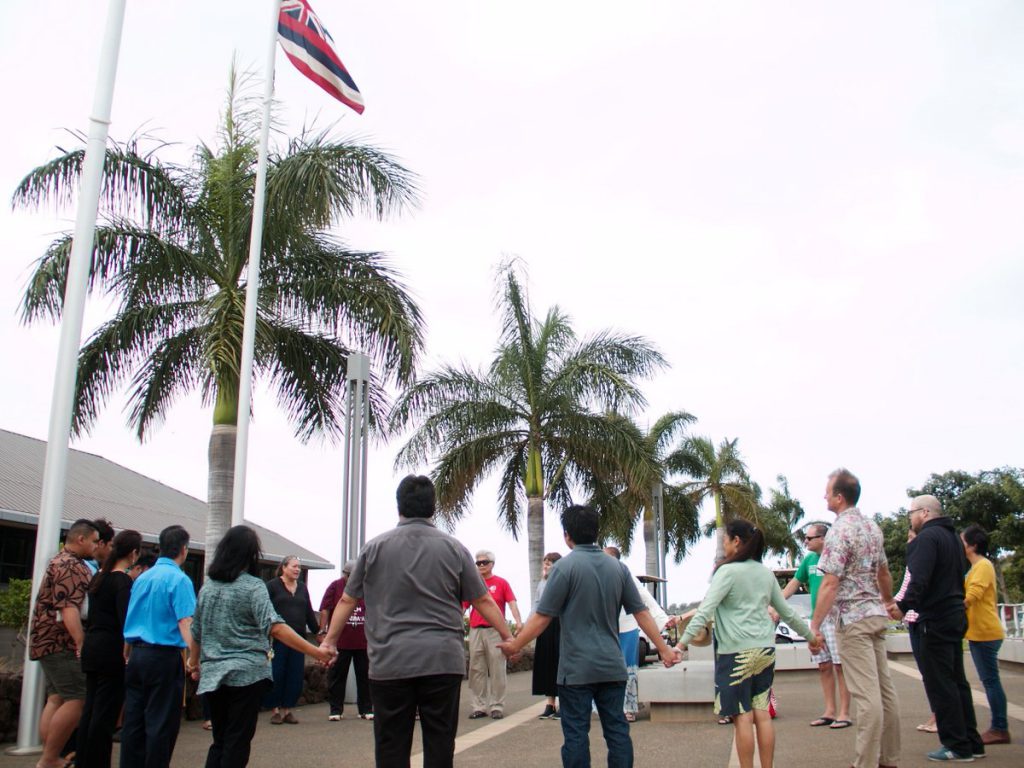 Lā Kūʻokoʻa was observed the past two years with a protocol and raising of the Hawaiian flag.

The events begin at 9 a.m. at Campus Center Plaza and will run through 1 p.m. led by Hawaiian Studies Instructor Kaliko Correaʻs haumana (students).

Observing Lā Kūʻokoʻa has become a tradition at UH West Oʻahu, which for the past two years has commemorated the day by gathering for a short protocol and the raising of the Hawaiian flag at the campus’ front entrance.

Lā Kūʻokoʻa marks the day that a Hawaiian delegation was successful in gaining a treaty with the United Kingdom of Great Britain and Ireland, and with France that recognizes Hawaiʻi’s sovereignty. The treaty stated the nations considered it right “to engage reciprocally to consider the Sandwich Islands and an independent state, and never to take possession, either directly, or under the title of Protectorate, or under any other form, of any part of the territory of which they are composed…”

According to Scholar Noenoe K. Silva’s “La Kuʻokoʻa,” the independence day was officially celebrated around the same time as Thanksgiving from about 1844 until 1895, and for some years afterwards unofficially. It marks the day, Nov. 28, 1843, that the Aliʻi Timoteo Haʻalilio succeeded in obtaining the signatures of the authorities of Great Britain and France on a treaty recognizing Hawaiʻi as a sovereign nation.

Haʻalilio, with the missionary William Richards along as his secretary, traveled through Mexico on foot and donkey to Washington D.C., where they met President John Tyler. President Tyler agreed to the intent of the proposed treaty. Haʻalilio and Richards, armed with his agreement, then went on to Europe, Belgium, Paris, and London, where the treaty was finally signed. They returned to the United States to cement U.S. agreement. On the journey Ke Aliʻi Timoteo Haʻalilio died, on December 3, 1844.

Lā Kūʻokoʻa was officially celebrated in the Kingdom of Hawaiʻi on Nov. 28 from about 1844 until 1895, according to historical accounts. The official observance of Lā Kūʻokoʻa ended in 1895 because of the overthrow of the Hawaiian kingdom.  Lā Kūʻokoʻa went underground, but it has been celebrated within Hawaiian communities and families since that time.