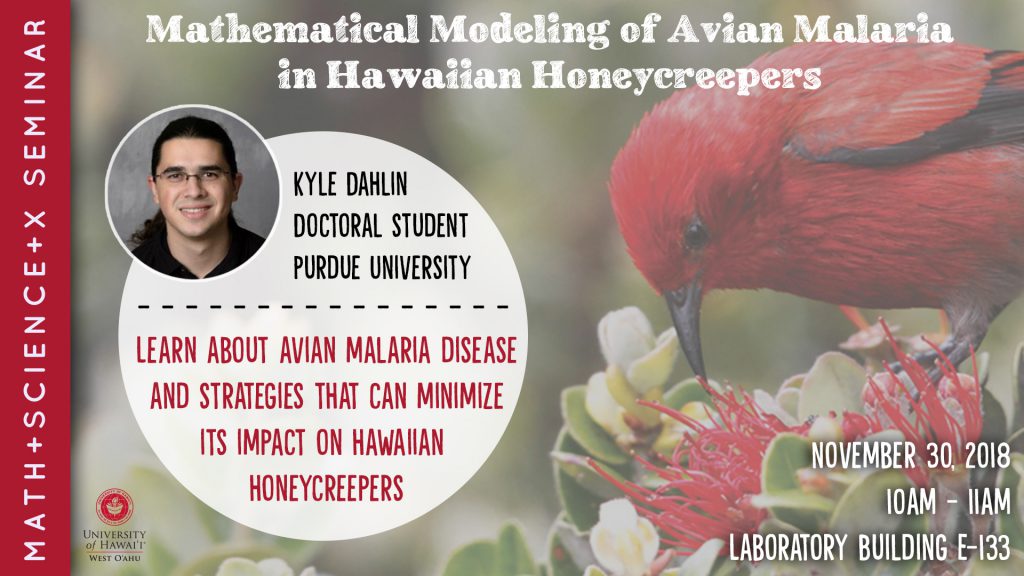 Kyle Dahlin, who graduated from the University of Hawaiʻi at Mānoa and is now a Purdue University doctoral student, will give a talk titled “Mathematical Modeling of Avian Malaria in Hawaiian Honeycreepers” during a Math + Science + X seminar scheduled for Friday, Nov. 30.

Avian malaria is a mosquito-borne parasitic disease that has been identified as a primary cause of the drastic decline and extinctions of endemic birds on Pacific Islands. Dahlin has worked to formulate a mathematical model of the transmission dynamics of avian malaria between a honeycreepers and mosquitos using a system of ordinary differential equations. This allows him to derive measures that  can determine whether the disease can invade bird populations.

Dahlin will also discuss strategies for minimizing the impact of avian malaria in two scenarios: disease-free populations which may be invaded by avian malaria, and populations where this disease is enzootic but where bird species have not developed resistance.