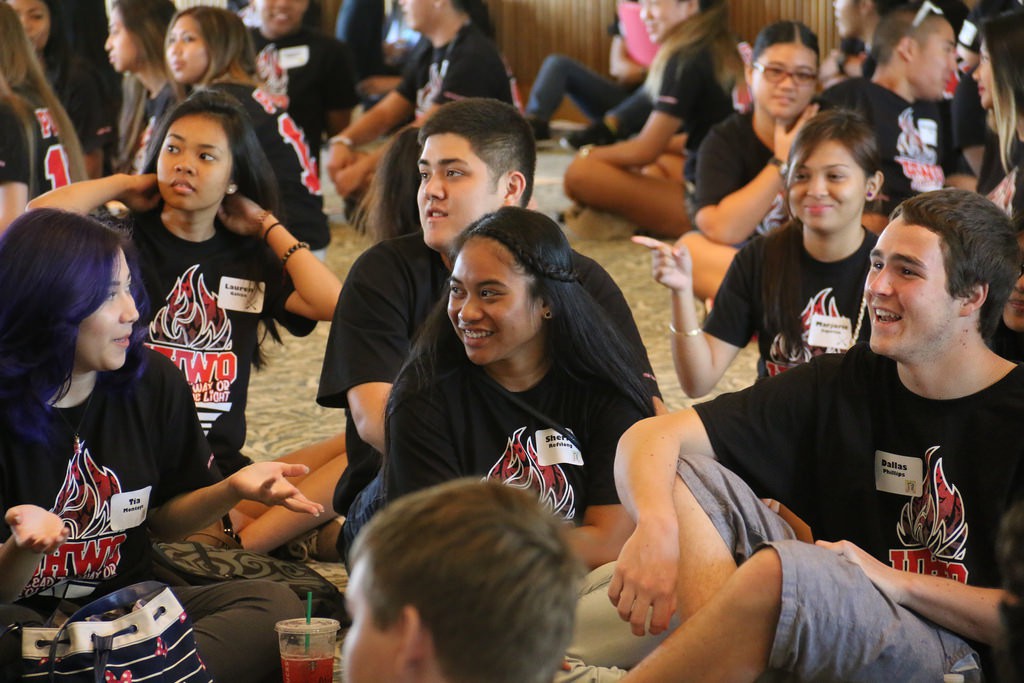 New students getting to know each other during Pūnua 2015 new student orientation.

UH West Oʻahu welcomed nearly 300 students as part of the Pūnua 2015 new student orientation on August 19 and 20. “Pūnua” means something about to take flight, and for these incoming Pueo (UH West Oʻahu’s mascot), the orientation is an introduction to the campus and its student life opportunities.

During the two-day event, students got to know their classmates, met PUEO Leader peer mentors, participated in team-building activities, played intramural volleyball and basketball, learned about UHWO campus resources, attended break-out sessions related to their academic and social areas of interest, and created their own personalized college success plans. 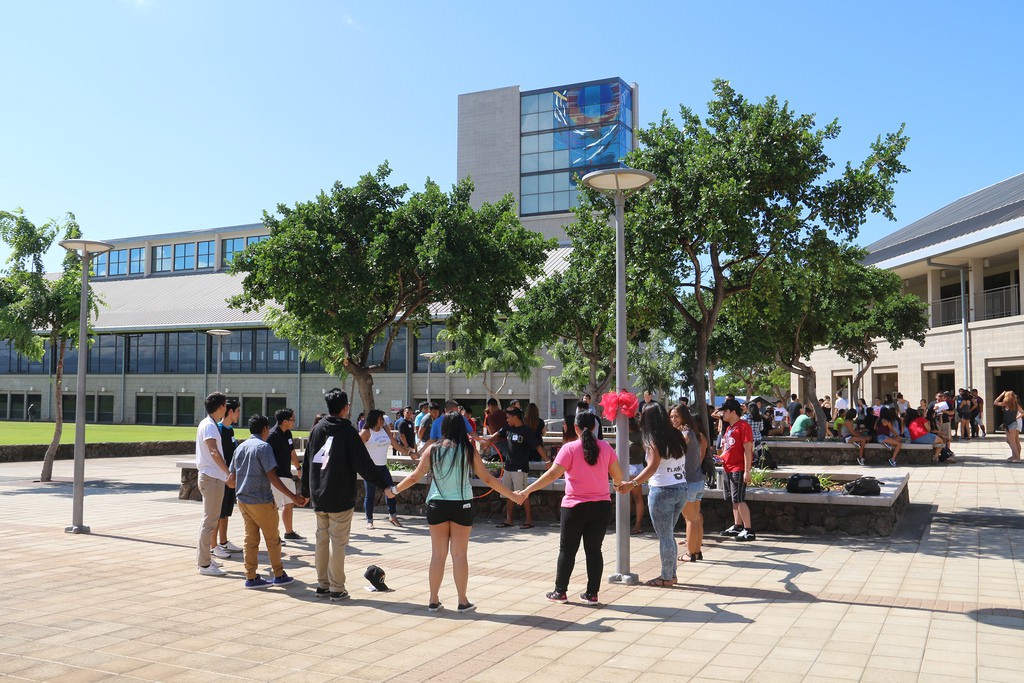