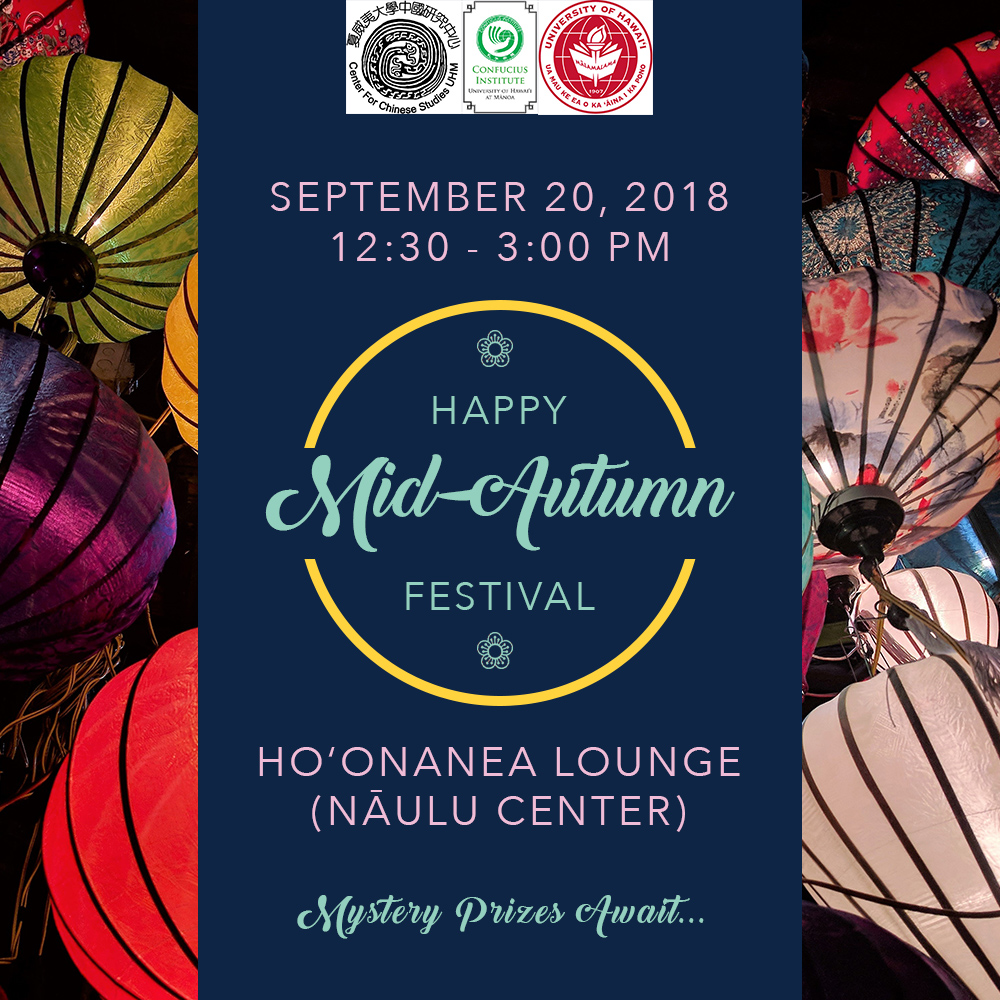 A Mid-Autumn Festival is scheduled for the UH West Oʻahu campus that will include Chinese scholars promoting cultural awareness, sampling of food and other activities.

The Mid-Autumn Festival celebration is planned for Thursday Sept. 20 from 12:30 p.m. to 4:30 p.m. at the Nāulu Center’s Ho’onanea lounge. The Mid-autumn Festival is second-grandest festival in China after the Chinese New Year and is also called the Moon Festival, because it is celebrated at a time of the year when the moon is believed to be at its roundest and brightest. The festival is observed on the 15th day of the eighth month of the traditional East Asian lunar calendar. In 2018, the festival falls on Sept. 24, although UH West Oʻahu’s celebration will occur a few days early.

Visiting Chinese scholars from the Center of Chinese Studies and ihe Confucius Institute at the University of Hawaiʻi at Mānoa will attend and do Mid-Autumn Festival activities to help spread cultural awareness of China and also promote UH West Oʻahu’s Chinese language programs. There will be Chinese Calligraphy, Chinese Plate Painting, and a Guzheng (Chinese string instrument) performance.

There also will be a sampling of mooncakes, which are traditionally eaten during the festival.

The event is free and open to UH West Oʻahu students and community members.