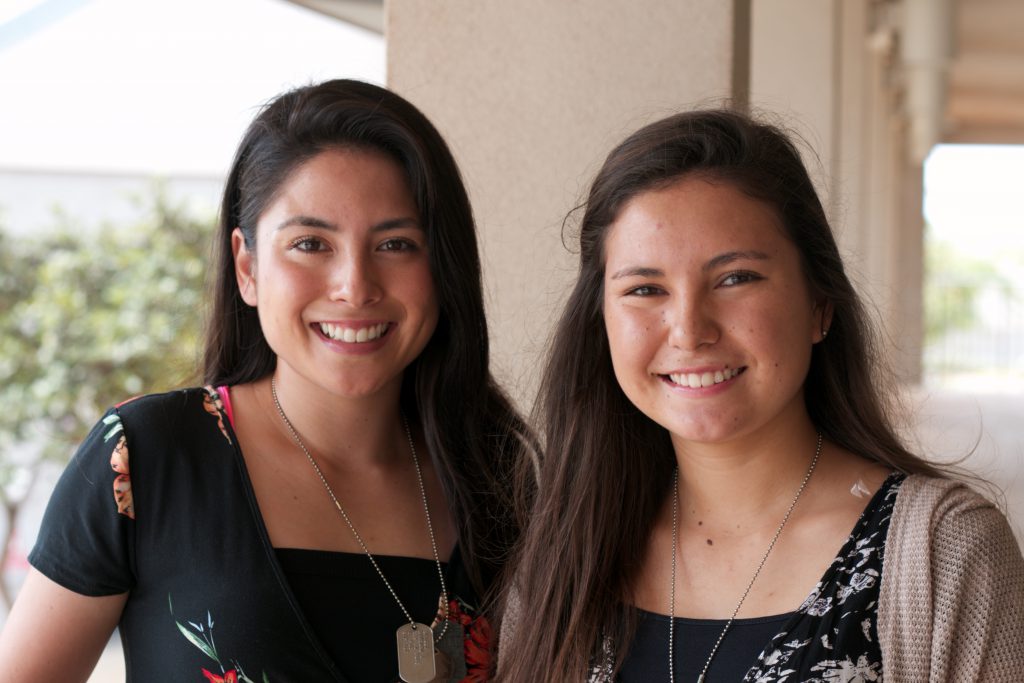 UH West Oʻahu students Chelsea and Mylia Briggs were born two years apart, yet are almost mirror images of each other when it comes to motivation and desire to achieve.

Both plan to obtain double majors and both have their career paths set (FBI agent and entrepreneur, respectively). Both have enjoyed success at an early age, and feel obligated through their volunteer work to help others not so fortunate.

“Chelsea and I always work very hard towards our education and anything we set our minds to,” wrote Mylia in an email. That mindset is backed an understanding that the sisters are there for one another and for their family and they will be there to support and help through any hardship. 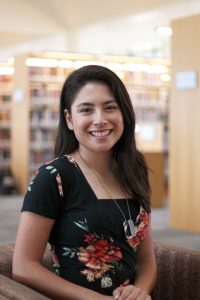 The philosophy is shared by Chelsea and appears to be one of the underlying reasons for the Chelsea’s and Mylia’s notable record of accomplishments and feats. To doubt the Briggs sisters’ intense focus is to ignore this long list. Earlier this year, Chelsea, 20, became a pageant contestant for the first time by entering the 66th Cherry Blossom Festival competition, becoming a Cherry Blossom Princess. She was one of the first princesses from Kapolei. In typical fashion, Chelsea recounts how she has benefitted, reeling off personal growth, increased knowledge of Japanese culture and mannerisms, and becoming a better public speaker as being among the dividends.

Mylia, who was Kapolei High School’s 2017-18 Outstanding Student of the Year, was one of 161 high school seniors recognized nationally as a U.S. Presidential Scholar. She was the only Hawaiʻi public school student selected this year. As part of the honor, Mylia traveled to Washington, D.C. with other talented Presidential Scholars, tour the White House and met the President.

“I would not say that there is a competition between us,” wrote Chelsea responded to question inquiring whether a friendly sibling rivalry existed with Mylia. “We are very close and we help each other because there is no better bond that we could have with anyone else.” 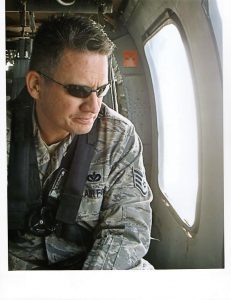 The strength of the bond was hardened as the family pulled together after their father, Air Force Staff Sergeant Raymond Briggs, passed away in an accident seven years ago. As the sisters’ explain it, the family had lived the itinerant life of a military family due to Staff Sgt. Briggs’ Army, National Guard, and Air Force service, moving every few years to homes in Japan, Arizona, and Ohio. It was their father’s dream to retire in Hawaiʻi and their mother, Tia, decided to move the sisters and their brother Kai here from Japan after Staff Sgt. Briggs passed away.

Chelsea said settling in Kapolei was a new experience — it was the first time she had attended a school from start to finish in one location and that she now identifies Kapolei as her hometown. Mylia also expresses similar sentiments; and she notes the Hawaiʻi helped her deal with her grief.

“I decided to go to UH West Oʻahu because I wanted to stay at home with my family,” Mylia said. “Hawaiʻi is the first place that I have ever been able to settle and call home. It is where I grew the most physically, emotionally, and intellectually.”

Chelsea articulates similar reasons for attending UH West Oʻahu and notes she is grateful the University of Hawaiʻi System opened a campus in Leeward Oʻahu. “It is very helpful to have a campus I can go to which is very close to home with a comfortable atmosphere where I can study.” The 2016 Kapolei High School graduate likes being part of a young campus poised for growth and having professors who she says are friendly and make an effort to know their students.

Being close to home and having nurturing faculty will help as Chelsea pursues dual degree concentrations in Finance and Political Science. Currently a junior, she plans on going to graduate school to further her education in Military and Veterans’ Affairs and ultimately follow her father’s dream of working in law enforcement. She says she is determined to fulfill her father’s legacy by applying to become a FBI agent. 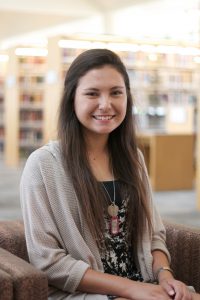 As a freshman, Mylia, 18, is pursuing a degree concentrations in Business Management and Economics, with an eye toward adding to Hawaiʻi’s economy by opening a coffee shop named “Sergeant Briggs Coffee” in honor of her father. She even has framed shop’s conceptual plan: It would brew coffee from Hawaiian coffee beans grown locally and support local businesses. “There are many organizations that have helped me get through losing my father so now I would like to give back to the local community and the people who helped me through the hardest time of my life.”

This would be atop the other charitable work the sisters have already done.  Mylia has volunteered at the Army Survivor Outreach Services at Schofield Barracks, Kids Hurt Too Hawaiʻi, and tutoring students in Japanese language at Kapolei High School, where she, like Chelsea before her, was president of the school’s National Honor Society and headed the school’s Sakurakai club (Japanese club).

Chelsea also served as a volunteer at Army Survivor Outreach Services and Kids Hurt Too Hawaiʻi. She was a peer mentor with the Tragedy Assistance Program for Survivors for those who lost an active duty parent. As a Cherry Blossom Princess she also has participated in a number of community events, traveled, and met the Japanese Imperial family.

“I am motivated by wanting to be a positive role for both my little sister and brother,” said Chelsea. “By working hard, always getting up, and never giving up I can show my little brother and sister to continue to persevere through any hardship as we stay strong as a family.”

Said Mylia, “We both take what we have learned from our dad to heart as we go through each day and that is what drives us to achieve new things and reach the goals that we set out for ourselves.”