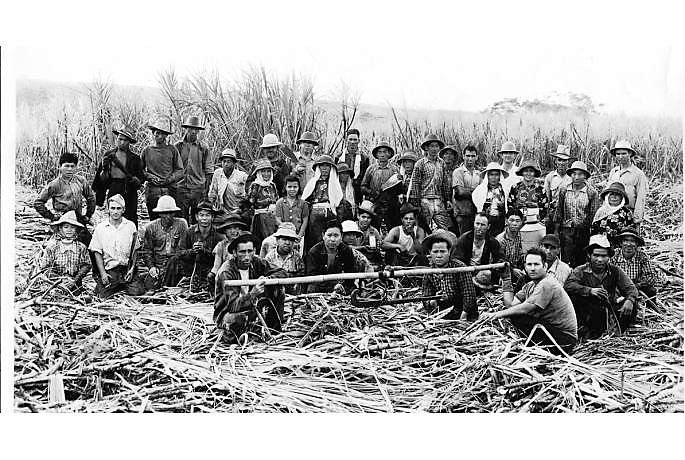 A photographic exhibit chronicling the history of Japanese in Hawaiʻi, from the arrival of contract workers in 1868 to present day, will be displayed in the James & Abigail Campbell Library’s second-floor exhibition area from Aug. 20 to 31.

The Hawaiʻi Nikkei Legacy Exhibit is touring the state as part of the 150th anniversary celebration of the arrival of the first Japanese immigrants to Hawaiʻi. It traces the journey of the immigrants and their descendants as these Nikkei (Japanese who relocated overseas) preserved their cultural values while blending with other cultures in Hawaiʻi. The exhibit took two years to develop and has been seen by thousands in Japan as well as being shown this year on Maui, Kauaʻi and Oʻahu.

The exhibit was put together by Nisei Veterans Legacy, a group dedicated to preserving, perpetuating, and sharing the legacy of Japanese Americans who served in the U.S. armed forces during World War II. The photographs relate the experiences of Issei (first generation immigrants) and examines the role of Nisei (second generation) soldiers during the war along with the roles they played in Hawaiʻi government and politics thereafter.

The exhibit is sponsored by Nisei Veterans Legacy, the Consulate-General of Japan in Honolulu, the Japan America Society of Honolulu and the Japanese Cultural Center of Hawaiʻi.