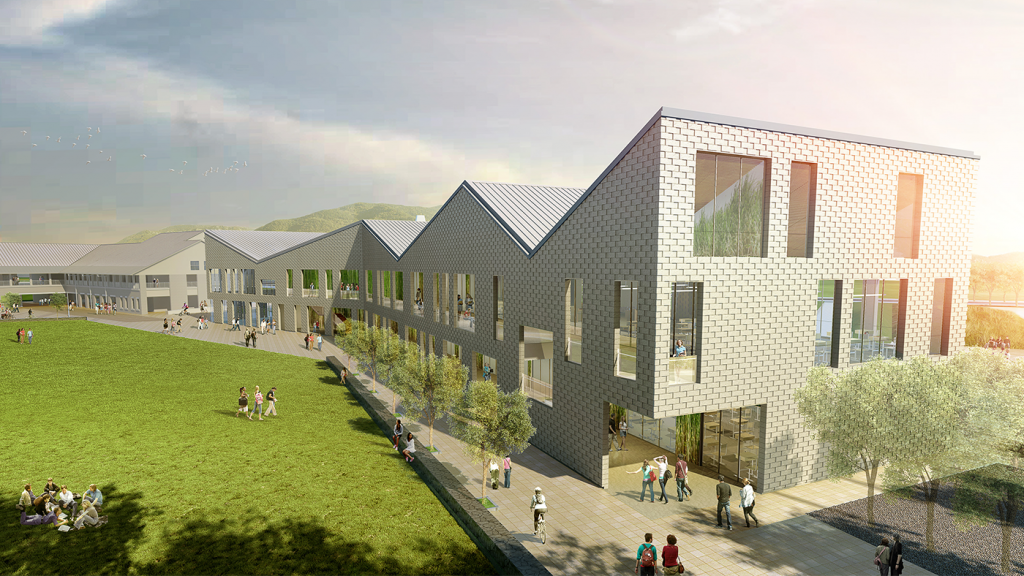 The new Administration & Allied Health Building is about five months away from its scheduled completion, yet is attracting attention worldwide, with it the most recently appearing in World Architecture News.com in late April.

The online journal published a 700-word article accompanied by five images of the distinctively designed building in its “Top stories this week” section under the heading “Perkins + Will create new ‘landmark’ for Hawaiʻi.”  The U.K.-based World Architecture News describes itself as the leading supplier of news to the global architecture community with more than 10.8 million page views per month and a weekly e-newsletter distributed to more than 150,000.

The prominent exposure followed a similar spotlight for the building earlier this year when the project was featured in the projects section of architectmagazine.com, the website of ARCHITECT magazine, or journal of the American Institute of Architects (AIA). The February article featured five images of the almost 44,000-square foot building and noted the project had won an 2015 Award of Merit from AIA Honolulu. (The UHWO campus design has won multiple awards, including the 2013 AIA Honolulu Award of Excellence)

The new building will be the sixth on the Kapolei campus, which opened in 2012 after operating for years in facilities adjacent to Leeward Community College.  The World Architecture News article said the building, with an unusual roof line, angles, and patterns on exterior walls, was intended to be a dynamic addition to the campus.  The building was designed by Perkins + Will’s Los Angeles studio in collaboration with Honolulu-based KYA Design Group.

The design is distinct compared to the five other buildings, with architects drawing inspiration from the area’s history, culture and intended use. The gable roof of sugar mills that once dotted Oʻahu have been employed, while the exterior masonry incorporates patterns that are similar to those on kapa, or traditional Hawaiian bark cloth.

Mark Tagawa, associate principal at Perkins + Will’s Los Angeles Studio, told World Architecture, “We wanted to create a facility that interacted with the landscape in a sympathetic way, through water management, landscaping, and materiality. Cultural and ecological appropriateness was our filter for all designs decisions.” 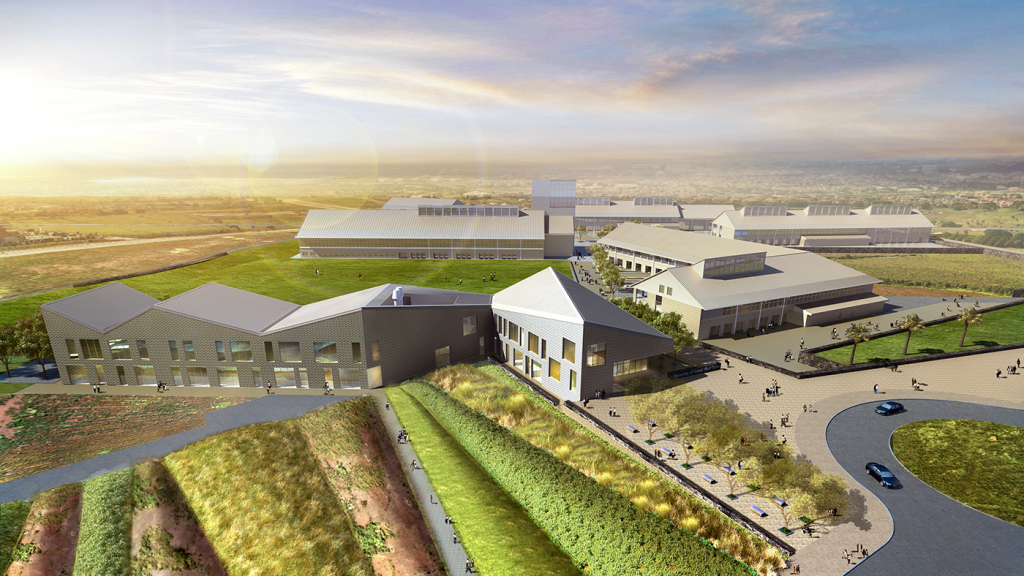 Another of the building renderings accompanying the World Architecture News article

The design also heeds UH West Oʻahu’s desire to set an example in land stewardship by including features to restore and rebuild topsoil with water and nutrient management along with  landscaping that uses plants native to Hawaiʻi.

She also was quoted as saying the building is a key component in strengthening the university’s 21st Century Learning infrastructure and kaiāulu–creating community–both physically and socially.

Construction on the building is currently scheduled for completion in mid-October 2018 and to be open and functioning by the start of the Spring 2019 semester. The building will house the campus’ administration and space for Health Sciences classrooms, labs, offices and workrooms. Opening of the building will allow the Chancellor, Vice Chancellors, support staff, along with the fiscal office, human resources, and communications to move under a single roof instead of being spread out across campus and at leased space at the Department of Hawaiian Home Lands building in Kapolei.