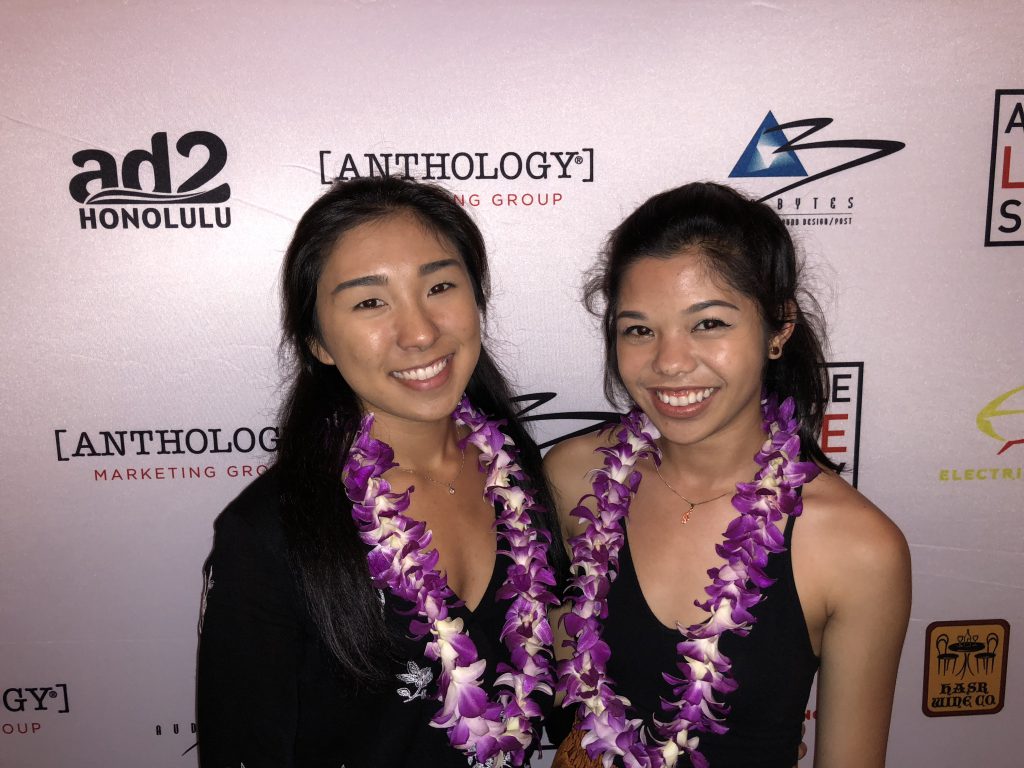 Lugo and teams representing the UH West Oʻahu/Waiʻanae High School Searider Productions Early College Partnership were honored during the AAF’s awards gala held April 21 at the Royal Hawaiian Hotel. The awards competition is considered one of Hawaiʻi’s premier advertising awards competitions, recognizing excellence in the art of advertising and design.

Lugo, who is a junior pursuing a Bachelor of Arts in Humanities with a focus in Creative Media, placed second in the Shining Star Scholarship competition, winning $500 to be used toward school-related expenses. The competition is open to full-time college students in Hawaiʻi majoring in advertising or related fields such as graphic design, marketing, and communications. Lugo hopes to work as a graphic designer after graduating.

Lugo is a 2015 graduate of Leilehua High School who chose to attend UH West Oʻahu after hearing good things about it from her sister Chelsea (a student worker in the UH West Oʻahu Communications Department) and a friend. The school fit her criteria of being a smaller school, having professors who care about students’ academic success, and was in easy commuting distance. It helped that the campus had the Academy for Creative Media program.

“I feel that I have been able to improve my skills and gained a lot of experience and valuable knowledge, which helped me to learn more about myself, as well as my passions,” said Lugo, who also works part-time at the school bookstore. “UH West Oʻahu also provides many opportunities for students to become successful both in and outside of school.”

Lugo is the UH West Oʻahu’s second Shining Star winner in the past year. In October 2017, Jess Manapul, another ACM student, took top honors for the scholarship.

The students are participating in an early college collaborative effort between the Academy for Creative Media at University of Hawaiʻi – West Oʻahu and Waiʻanae High School’s Searider Productions (WHS SP). Students who are part of the WHS SP and choose to take part in this program have the opportunity to fulfill their high school graduation requirements while simultaneously earning college credits from UH West Oʻahu. Students participating in the program will be granted provisional acceptance into UH West Oʻahu.

The Waiʻanae High students are entitled to the same privileges as the students enrolled in UH West Oʻahu Creative Media program. This includes, but is not limited to, the use of the Roy & Hilda Takeyama Creative Media Lab, access to the Master Classes, as well as UH West Oʻahu academic resources.