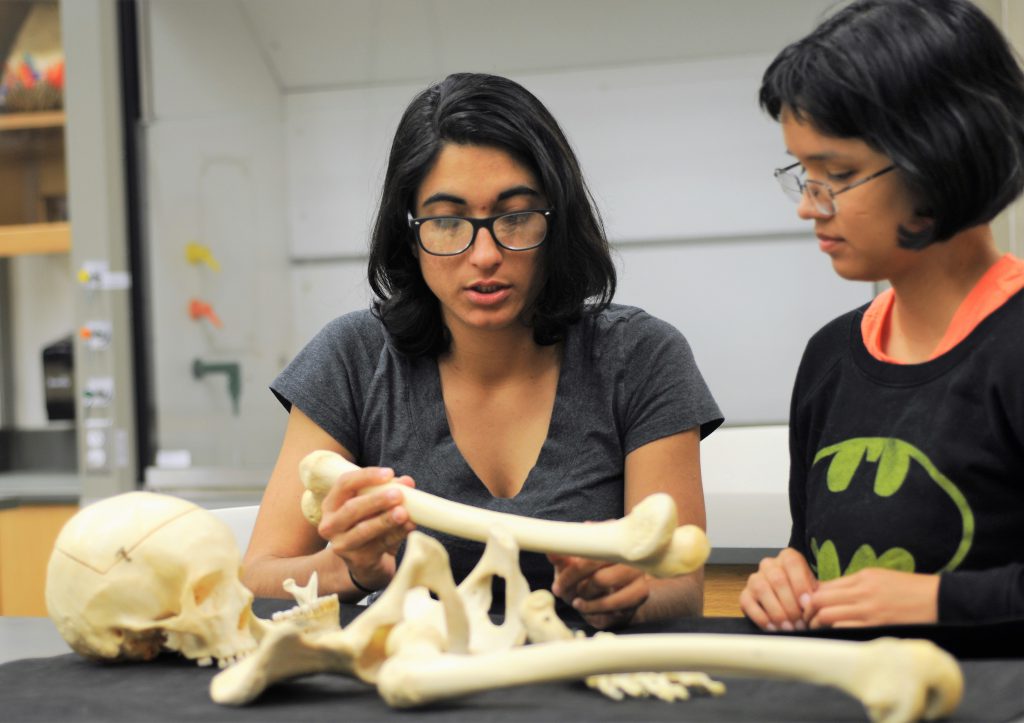 UH West Oʻahu Senior Chelsea Wanstead attended the American Association of Physical Anthropologists (AAPA) annual meeting in Austin, Texas in early April, thanks to a scholarship from the group.

Wanstead, a Social Sciences senior pursuing a concentration in Anthropology, participated in a workshop on promoting more diversity within the field of Physical Anthropology, as well as attended the meeting, which attracted scientists from around the world, including UH West Oʻahu Assistant Professor of Anthropology, Dr. Jennifer Byrnes.  The AAPA has more than 1,700 members and is considered the leading organization for physical anthropologists.

Wanstead was one of 15 students selected as a 2018 Increasing Diversity in Evolutionary Anthropological Sciences (IDEAS) Scholar and had her airfare, hotel, and attendance at the meeting and a day-long science and mentoring workshop paid for. The AAPAʻs Committee on Diversity IDEAS subcommittee has a goal of addressing underrepresentation of minority scholars in biological anthropology.

“They created this opportunity for people who did not have the finances to go and create equal opportunity for diverse students to network with academics,” said Wanstead, who also is completing her Certificate in Applied Forensic Anthropology.

Wanstead also approached the meeting with a mind toward the future. While other students set out to meet people they wanted to study under, she took another route. “I was more focused on what type of research was being done throughout the blanket of biological anthropology in deciding what I would like to pursue when continuing my education,” she said.