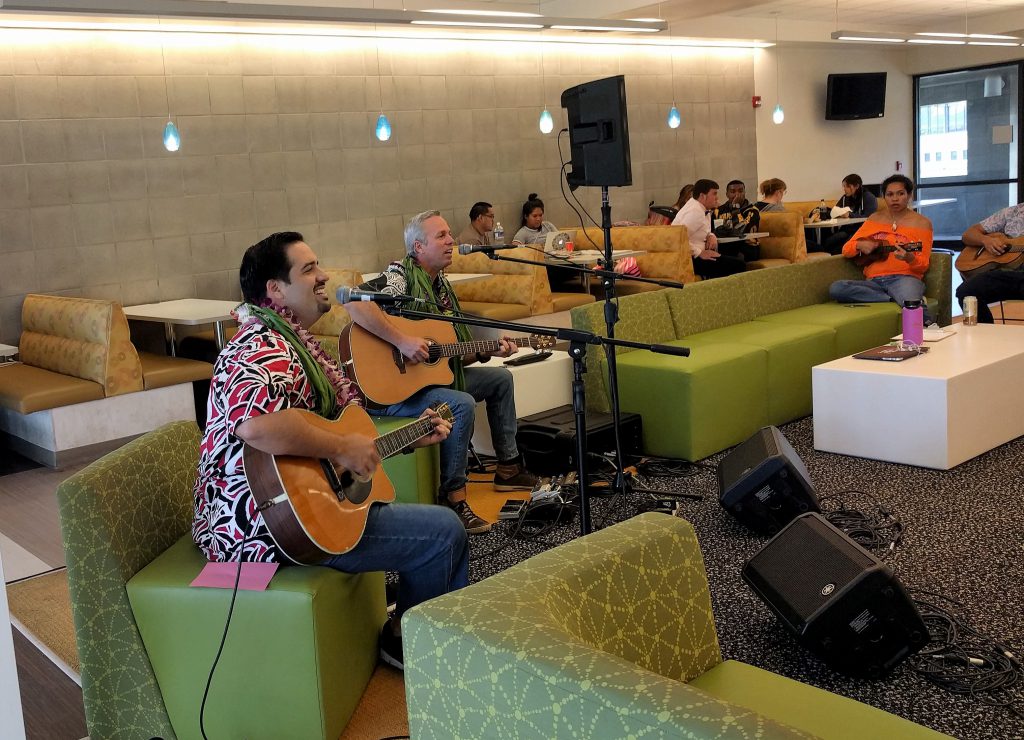 The Hoʻokani Kulanui jam-session next week will showcase the talents of slack-key master Bobby Moderow Jr. and Makana, Moderow’s one-time protege who has drawn accolades and acclaim both here and internationally.

The Hoʻokani Kulanui session, Bobby Moderow Jr. featuring Makana, is scheduled for 3 to 5 p.m., Thursday, March 22 in the Campus Center Dining Hall. Students, faculty, staff, and the community are invited to attend and to bring an instrument, learn a mele, and kanikapila with these premier Hawaiian music artists. Hoʻokani Kulanui is sponsored by the UH West Oʻahu PIKO Project, which is funded by a U.S. Department of Education Title III grant, and the UH West Oʻahu Humanities Division and music program.

Moderow is a member of the Nā Hokū Hanohano Award-winning group Maunalua and known for his mastery of slack-key guitar and falsetto singing. When President Barack Obama was first took office in 2009, Maunalua received the call to perform at inauguration festivities.

Makana, a protégé of Moderow Jr. and the late slack-key master Uncle Sonny Chillingworth, has been featured on three Grammy-nominated albums, opened for Sting, Carlos Santana and Elvis Costello, and performed in venues ranging from Asian and European opera houses to The White House.