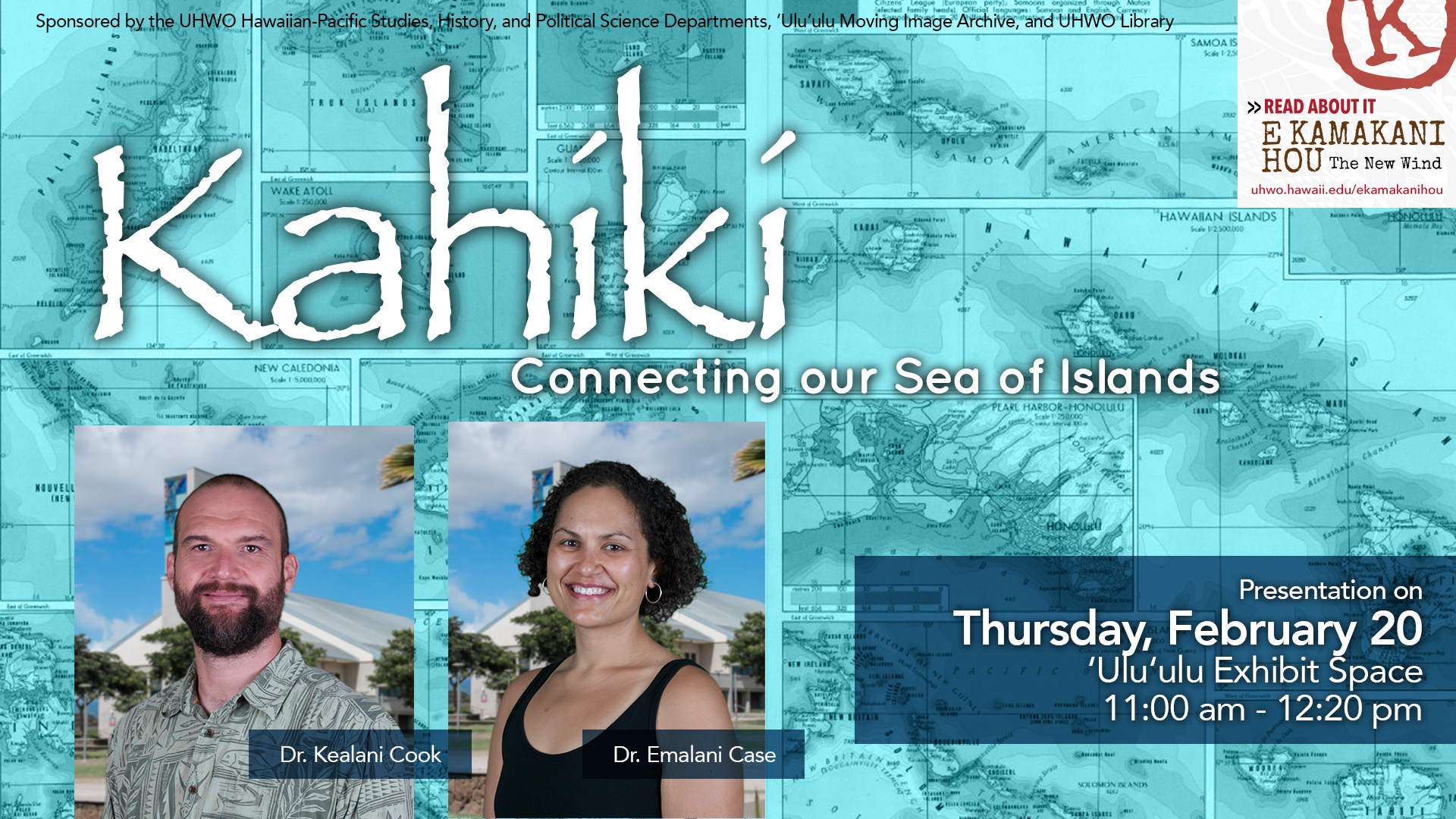 The ʻOnipaʻa speaker series will feature a discussion by two UH West Oʻahu faculty members will explore the connection between Hawaiʻi and the rest of Oceania during a panel discussion set for 11 a.m. – 12:20 p.m., Tuesday, Feb. 20, in the ʻUluʻulu exhibit area.

The title of the program is “Kahiki: Connecting Our Sea of Islands.” The panelists, Dr. Kealani Cook, an assistant professor of Humanities/History, and Dr. Emalani Case, an assistant professor of Hawaiian-Pacific Studies, will draw inspiration from their individual research on Kahiki–a name famed in Hawaiian stories and genealogies as a Pacific place of origin–to discuss the significance of reviving, strengthening, and maintaining connections between Hawaiʻi and the rest of Oceania.

This panel will include footage from UH West Oʻahu’s ʻUluʻulu archive that will feature events and historical moments that brought Pacific peoples together.

Cook is the author of “Return to Kahiki, Native Hawaiians in Oceania,” which was published online by Cambridge University Press in January and will appear in print this year. His research examines Native Hawaiian connections to other parts of Oceania and other Oceanic peoples in the late nineteenth and early twentieth centuries.

Case, who earned her PhD from Victoria University Wellington in New Zealand, has done research framing research frames Kahiki as a shifting and evolving term, one with a complex history linked to colonization and resistance.