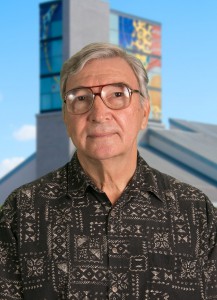 In Climate Change and Disaster Management, he discusses how the Earth’s climate system is unequivocally warming, and it is extremely likely humans are causing most of it through activities such as deforestation and burning fossil fuels that increase concentrations of greenhouse gases in the atmosphere. The 20th century’s last two decades were the hottest in 400 years and possibly the warmest for several millennia, according to a number of climate studies. Climate Change and Disaster Management cites synthesis reports from scientific bodies that reveal undisputed facts about the Earth’s climate and conclude not only is climate change real, but that the rate of global warming caused by human activities is increasing.

Climate Change and Disaster Management is available for sale at Sentia Publishing.

Dr. Prizzia is professor of public administration and director of disaster preparedness and emergency management programs at the University of Hawaiʻi – West Oʻahu. He is the author of numerous journal articles, book chapters and four books, and also served as senior editor for the journal Risk, Hazards, & Crisis in Public Policy and serves as peer reviewer for the Journal of Environmental Economics, International Journal of Disaster Resilience in the Built Environment, and the American Review of Public Administration.
Images courtesy of Mellissa Lochman and Sentia Publishing
Recent Articles
Categories
Archives
Subscribe