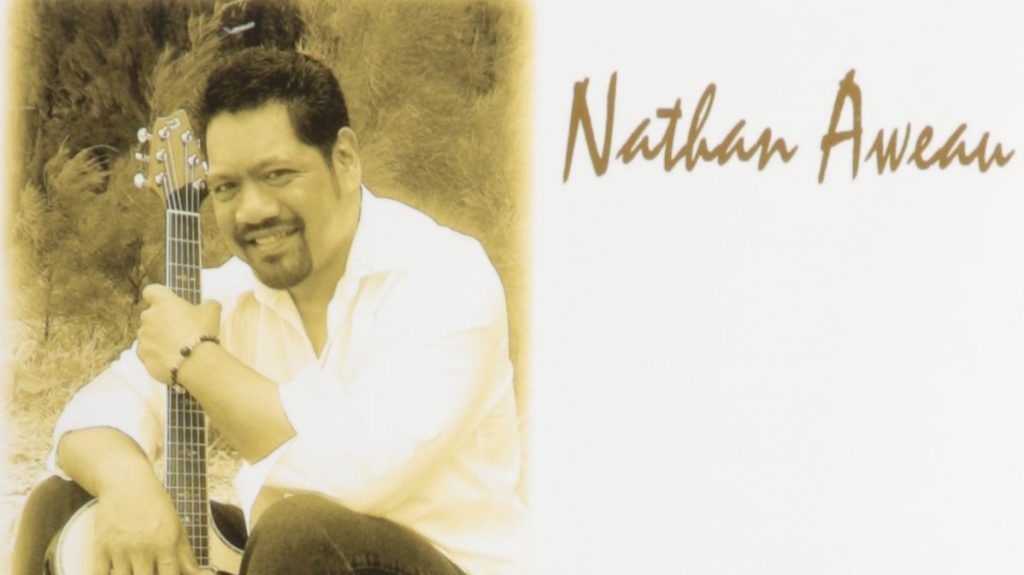 Award-winning musician Nathan Aweau will appear at UH West Oʻahu as part of Hoʻokani Kulanui music series on Thursday, Nov. 9 from 2 to 4 p.m. in C225.

There will be a cultural discussion about Hawaiian music and a hands on experience of the Kani Ka Pila tradition with Aweau, who has won vocalist, song, and album awards for his work, including Nā Hokū Hanohano and Hawaiʻi Music awards. Aweau will be hosted by Nā Hokū Hanohano Award Winner and UH West Oʻahu Hawaiian Ensemble director Kamuela Kimokeo.

The event is open to students, faculty and the community, who are encouraged to bring an instrument or sing along.  The event is sponsored by the Piko Project and the UHWO Humanities Division Music Program.