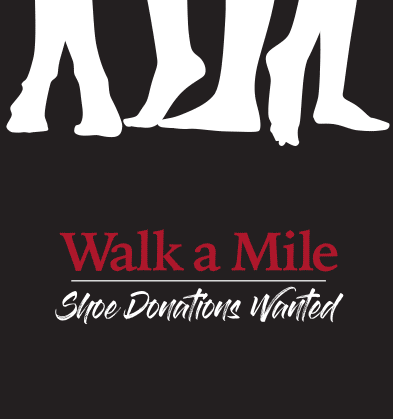 UH West Oʻahu’s “Walk a Mile in Their Shoes,” an event raising awareness regarding sexual assault and gender violence, has started its journey even though the actual event isn’t slated to occur until April 18.

Walk a Mile in Their Shoes raises awareness about rape, sexual assault and gender violence by asking men to walk a mile in womenʻs shoes, typically high-heeled ones.

It began gathering shoes on UH West Oahu’s Professional Development Day. Organizers are asking that people donate women’s shoes of any style, except for flats, tennis shoes and sandals.  They are looking for primarily for larger sizes and those with heels.

People can drop off their shoes with Trudy Asato in the UHWO Compliance Office in B221, Intramural Sports Coordinator Ryan Perreira in C237, or during the E Ola Pono event scheduled for the UHWO Courtyard on Sept. 13.