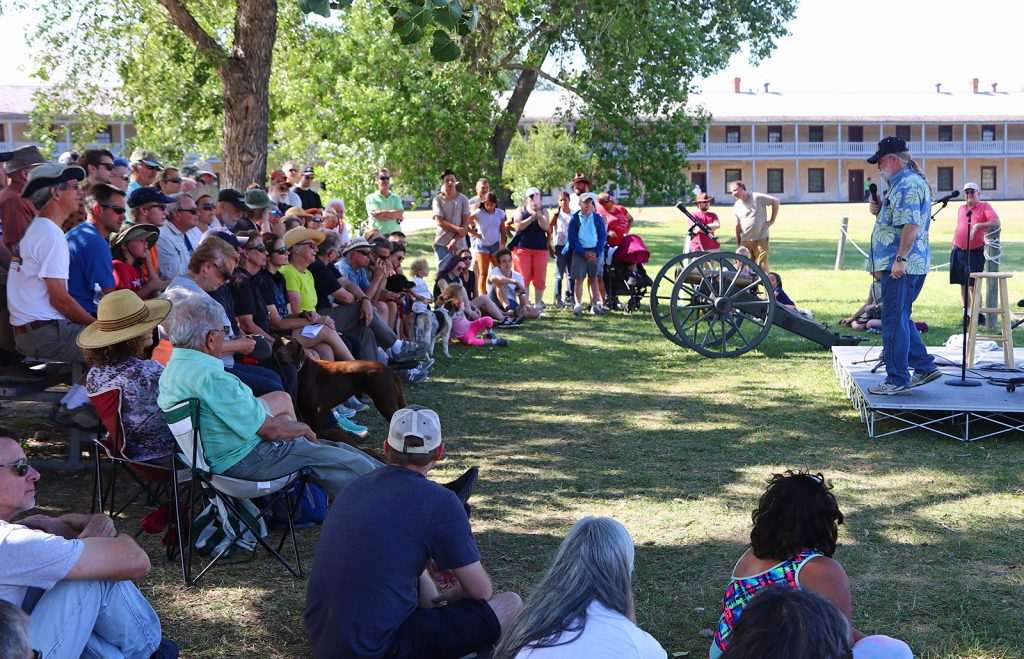 UH West Oʻahu Associate Professor of Education Rick Jones got to see the recent Great American Eclipse, thanks to an invitation from the National Park Service to speak at several events to prepare the public for eclipse watching.

Dr. Jones was one of two guest speakers to address eclipse watchers at the Fort Laramie National Historic Site, a 536-acre historic district in eastern Wyoming.  The site sat directly in the path of totality of the Aug. 21 event, and was among university faculty from around the globe invited to speak at National parks, monuments and historic sites about the moon obscuring the sun.

“The eclipse was amazing,” said Jones, explaining the most surprising part was how the sun’s corona popped out just after totality began. “The other interesting things I noticed was the noticeable temperature drop (about 15 degrees F), the crickets chirping, street lights coming on, and the very strange light color, very different from a normal sunset. The light was cold rather than warm.”

Jones said his presentations on Aug. 19 and 20 focused on the mechanics of eclipses. He also discussed how the 2017 eclipse’s path intersected with historical eclipses in Wyoming since the 1500’s and relayed how this aligned with the history of Fort Laramie, a one-time fur trading post that evolved into a large military post on the Northern Plains before it was abandoned in 1890.

The experience and images he captured will be shared with his UH West Oʻahu students, Jones said.